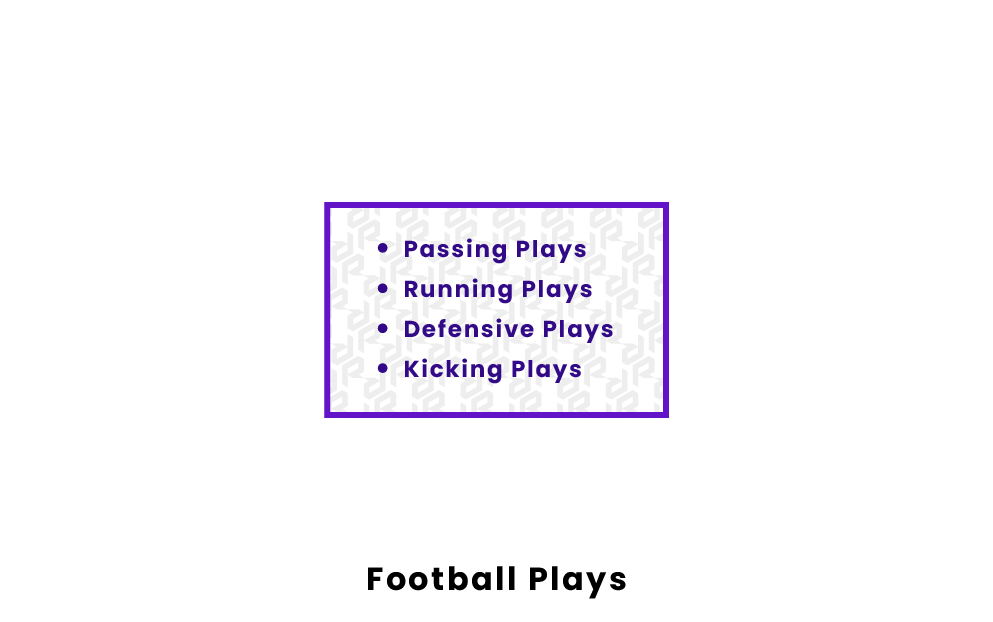 What is a Play in Football?

A play in football is the strategy chosen by football coaches when their team is on either offense or defense, and which is meant to advance and score a touchdown or to prevent that from happening. Before the snap, both teams listen to the coach’s instructions on which play to execute. After that, offense and defense both organize themselves on the field accordingly. A play starts once the snap is made, and both defense and offense will look to execute the chosen play. Some plays can get very complicated and hard to understand, while others are very simple and straightforward.

The plays that are called vary according to a team’s characteristics. If a team has a quarterback with a weak arm, it is likely that the coach will call many rushing plays or short pass plays, while teams with very good defensive linemen will call defensive plays to put a lot of pressure on the quarterback. There are different types of plays, which are explained in the sections below. 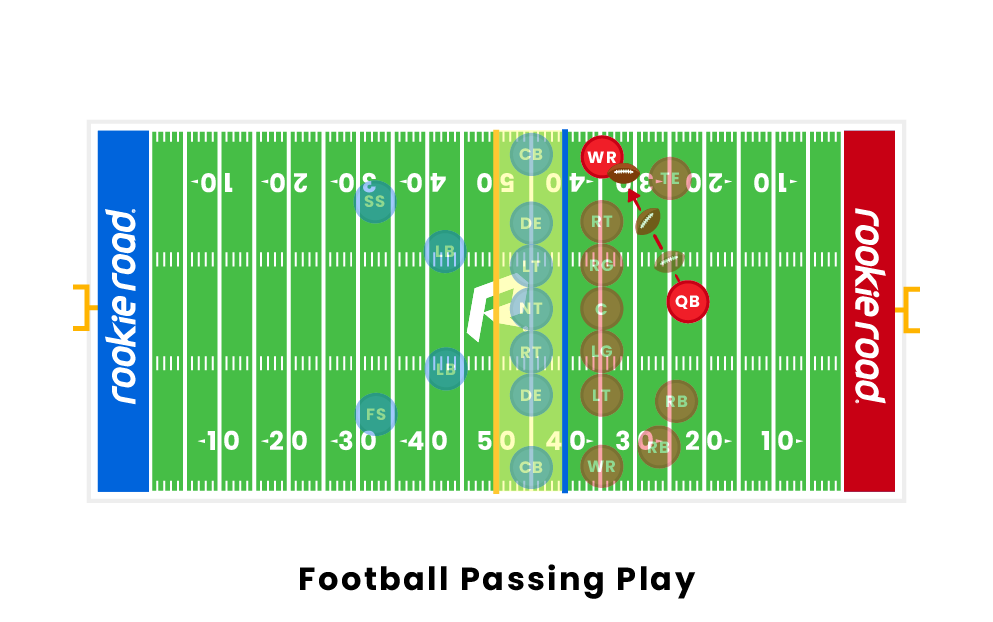 Passing plays are executed by the offense. In offensive play calling, the offensive coordinator and the head coach will communicate with the quarterback, and he will pass on the instructions to the rest of the team.  The quarterback can also call a different play if he reads the defense and determines that the previously set play will not be effective against the defensive play the opponent has planned. If this is done at the last second on the line of scrimmage, the quarterback is said to have “called an audible,” as he shouts out the changed play loud enough for his team to hear.

A passing play includes a quarterback throwing the ball and a receiver receiving the ball, hopefully, to gain yardage. In passing plays, it is necessary that the receivers know which routes they are supposed to be running, and for the quarterback to know at which moment each receiver will be free. A team that has a strong passing game must have a great quarterback but also a great offensive line that will protect the quarterback long enough for him to read the field and execute the play without any pressure.

Some of the most popular passing plays are: 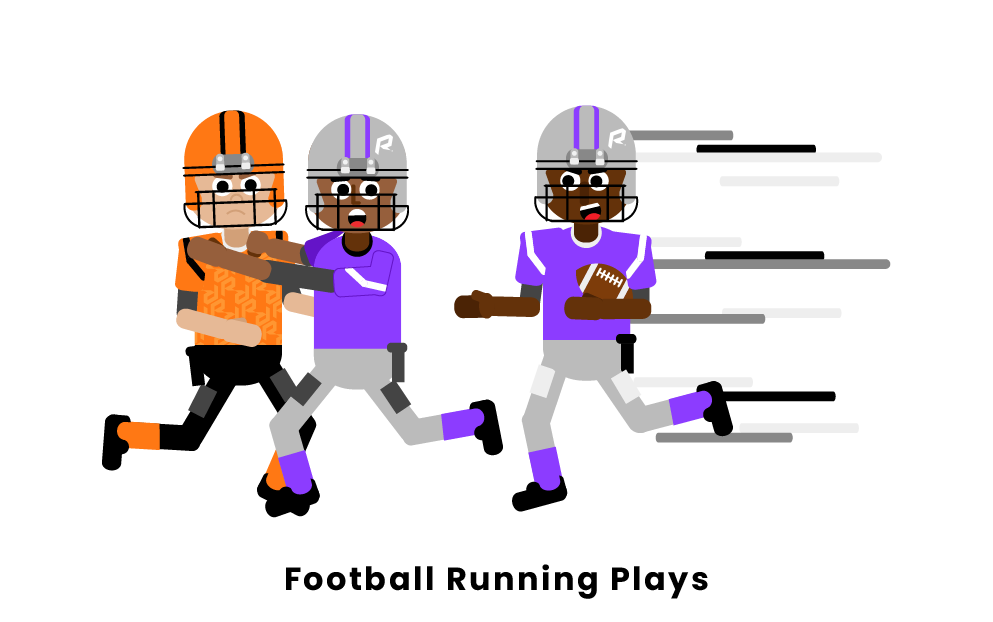 An offense can’t be based solely on passing plays. Rather, it is necessary that a team has a wide variety of running plays in its playbook. Similar to passing plays, the quarterback will be the one to call the play, as instructed by the coaches. A running play generally starts with a snap to the quarterback, who will then hand off the ball to the running back. However, in some unique cases, the snap will go directly to the running back in an attempt to trick the defense.

Some of the most popular running plays are: 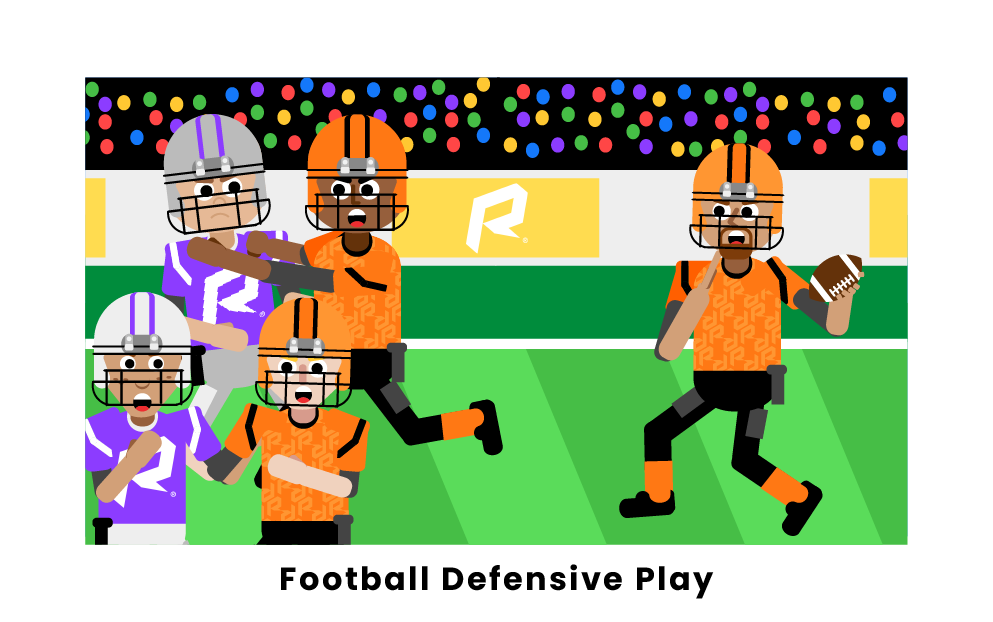 Defensive plays are a team’s strategy to stop the offense from advancing with the ball. Good, versatile players who can execute many different defensive plays and properly read the offense’s movement make up a great defensive team. Defensive plays are called depending on the opponent’s previous behavior, their passing and running game, and their positioning on the field. Defensive settings are also set based on the other team’s weaknesses. For example, if the offense does not have a really effective offensive line, the defense will look to rush the quarterback a lot.

The success of defensive plays relies upon strength, pressuring, and the effectiveness of linebackers at anticipating where the quarterback and runners will try to advance the ball. Some popular defensive plays are: 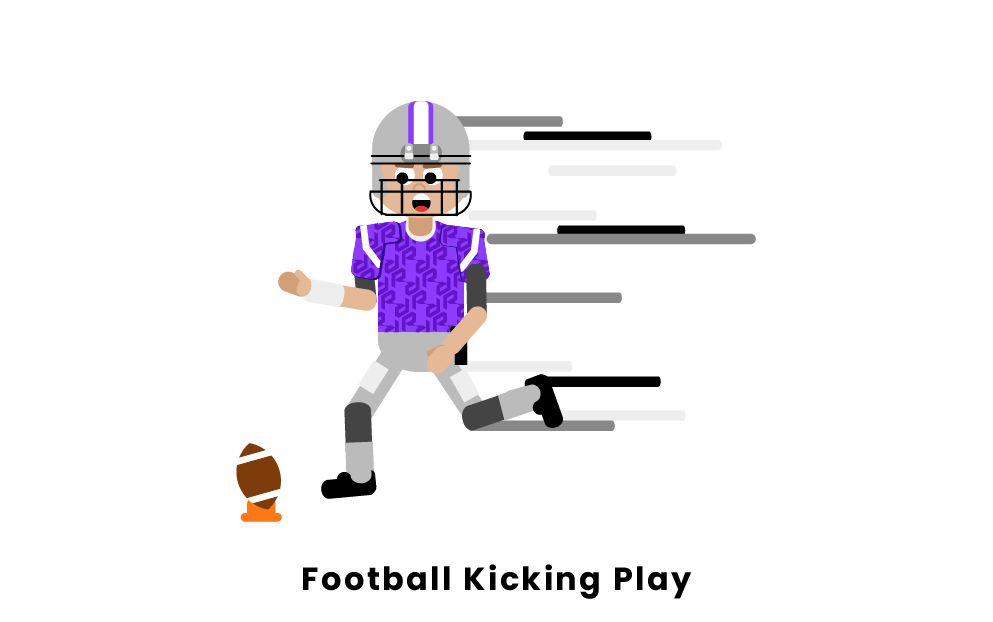 Kicking situations in football are usually pretty simple. If the team needs to kick a field goal, they will put a kicker on the field, who will attempt to kick the ball in between the goalposts; this is the same goal as for points after touchdowns (also called PATs).

During punts, the punter will give the ball back to the opponent as far back on the field as possible. However, at times, teams can pull a trick out of the hat and execute a kick-related trick play. That is, they may make the opponent believe they are kicking a field goal, attempting an extra point conversion, or punting the ball, and then do something different, like running or having a player passing the ball, regardless if he is a quarterback or not.

Some of the most popular kicking plays are:

Who calls the plays in football?

The quarterback calls the plays in football. As the leader of the offense, the quarterback is in constant communication with the offensive coordinator or head coach, either through wireless radios or sideline signals. The quarterback then relays the play call to the rest of the offense, either through verbal instructions during a huddle or via hand signals or shouted commands while getting into formation. When the defense is on the field, one of the linebackers likewise receives concept and scheme instructions from the defensive coordinator and communicates them to the rest of the defense through hand signals or shouted commands.

How do you read football plays?

You read football plays by first identifying whether it is an offensive play or a defensive scheme, then determining which position players are on the field, either by deduction or reading the abbreviations. It is a good idea to familiarize yourself with the player positions on the offense and defense to make reading plays easier. Finally, look for solid or dashed arrows–those give instructions for players or formations to move in a certain direction or along a route.

What is a playbook in football?

In football, the term “playbook” refers to all of the collected plays and strategies a team uses during their games. In the NFL, each team will have a unique playbook composed of all the plays and strategies their coaches and players like to use, all of which are named and given code names used on the field, which none of the opponents know. These playbooks are typically large binders filled with visualizations and descriptions of the plays, which are often organized by category, such as offensive plays, defensive plays, special teams plays, passing, running, kicking, etc. One of the key tasks of every player on the team is to study the playbook exhaustively, memorizing every play so that they can execute them all when they are on the field.