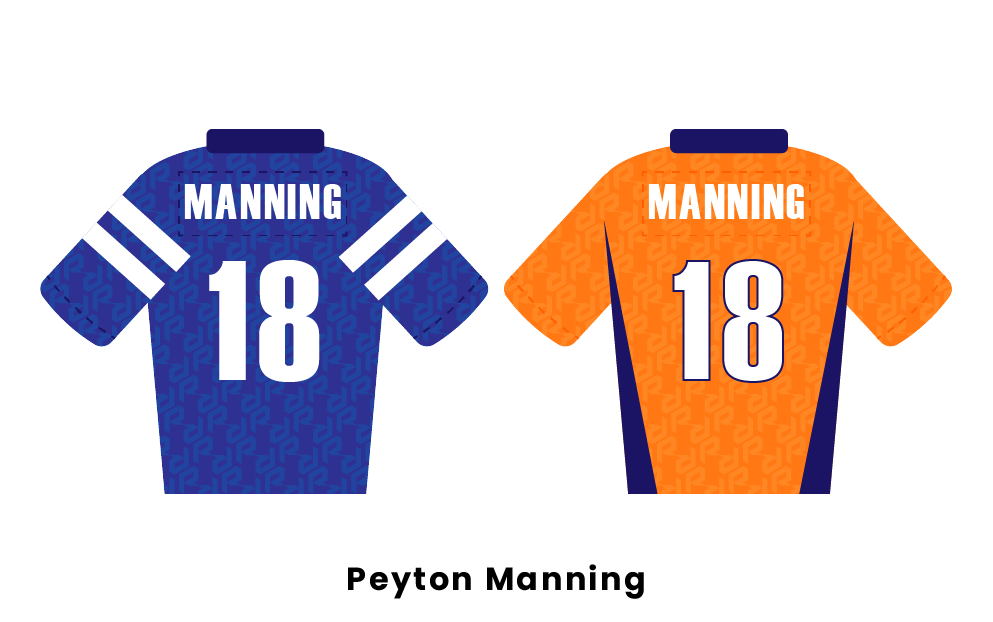 Peyton Manning is a retired NFL quarterback who was in the league for 18 seasons, having played for both the Indianapolis Colts and the Denver Broncos. He was the Colts’ first pick in the 1998 NFL Draft and later led them to two Super Bowl appearances, winning one. Manning also won a Super Bowl with the Broncos later in his career, making him an integral part of both teams.

Peyton Manning is the son of former NFL quarterback and college football Hall of Fame member Archie Manning and is the older brother of fellow two-time Super Bowl winner Eli Manning. Peyton and Eli’s older brother, Cooper, also played football but had to end his football career in high school due to a diagnosis of spinal stenosis. As a result of his older brother’s short-lived career, Peyton Manning began wearing the number 18 on his jersey, which was Cooper’s jersey number during his time playing football. The number 18 would later become Peyton’s number throughout his NFL career and is still associated with him to this day.

During his astounding career, Peyton Manning cemented himself in the history books of the NFL as one of the best quarterbacks of all time by adding five Most Valuable Player awards to his resume alongside his two Super Bowl wins. Manning appeared in many commercials for Nationwide Insurance and Papa John's Pizza, both during and after his career ended. He launched the Emmy-nominated docuseries, Peyton’s Places, which can be viewed on ESPN+.

Currently, Peyton and his brother Eli, both retired from football, run the weekly television show Monday Night Football with Peyton and Eli, also known as Manningcast. On the program, they host live viewings of every Monday Night Football game, watching and commentating on the game while also interviewing various celebrity guests. The show debuted in 2021.

Peyton Manning is often considered one of the greatest quarterbacks to ever play the game of football. He may not have started his career on that path, throwing the most interceptions in the league and going 3-13 in his rookie campaign, but he soon turned it around to become one of the best ever. Manning is mostly known for his 13 seasons playing for the Indianapolis Colts, where he was able to throw for 399 touchdowns and 45,827 yards while also racking up four Most Valuable Player (MVP) Awards. In addition, he won a Super Bowl with the Colts and received Super Bowl MVP while reaching both Super Bowl XLI and XLIV.

Before the 2011 season, Manning had to have neck surgery that forced him out of the entire season, and would later lead to his departure from Indianapolis. Before the 2012 season, Manning signed with the Denver Broncos, and that was the beginning of his resurgence as a top quarterback. During his second season with the Broncos, he threw for 55 touchdowns and broke the single-season passing yards record. The Broncos were also able to reach the Super Bowl that season, but fell to the Seahawks.

In the final season of his career, Manning was able to capture his second Super Bowl ring by defeating the Carolina Panthers in Super Bowl 50. When he retired, Manning held the records for most career passing touchdowns, most career passing yards, passing touchdowns in a season, passing yards in a season, most game-winning drives, and most MVP awards.

Peyton Manning is easily one of the most decorated football players. To begin with, he holds the record for the most MVP Awards won by a single player, with five. He was able to capture four while under center for the Colts, while his fifth and final award came while he was the leader of the Broncos. He is the only quarterback that has led two teams to multiple Super Bowls and also the only quarterback to win a Super Bowl with multiple teams.

Manning is one of only four quarterbacks to defeat 32 NFL franchises, meaning that he has beaten all of the current teams in the league: the others are Tom Brady, Drew Brees, and Brett Favre. Before Manning retired, he was able to lock in the most career passing touchdowns and most career passing yards by a quarterback. These records were later broken by active players in the league. During his Super Bowl Victory with the Colts, he was also the MVP of the game.

Manning is one of three boys that were born to former NFL quarterback Archie Manning. His youngest brother, Eli, was a decorated quarterback for the New York Giants, winning two Super Bowls as well as two Super Bowl Most Valuable Player awards. Eli also holds most of the throwing records for the Giants franchise.

Peyton Manning is the host of an Emmy award winning docu-series on ESPN called Peyton’s Places, where he interviews prominent football players. Manning and his wife, Ashley, married in 2001 and they had twins in March 2011. Manning also runs a charitable organization that is named after him called the Peyback Foundation which helps to provide leadership and growth opportunities for at-risk children.

Why did Peyton Manning need surgery before the 2012 season?

Manning had a herniated disk that was causing him excruciating pain, which required him to get four surgeries. The surgery that he had caused some nerve damage and took a long time to regenerate. This long rehab that he had to go through is what forced him out of the 2012 season and ultimately led to the Colts being forced to release him. It took him extra time to regain feeling in his fingertips, but it did not seem to slow him down as he was able to return to himself after joining the Broncos.

Who is the better Manning brother?

Both Eli and Peyton Manning are Hall of Fame caliber quarterbacks as they both were able to capture two Super Bowl victories and a combined three Super Bowl MVPs. It is believed that Eli played better in the postseason, but Peyton is the overall better quarterback who has a better clutch gene. Peyton holds the record for most game-winning drives and has much better stats than Eli does throughout their careers, from total wins to touchdowns and total yards. Peyton was a much more successful quarterback in the league during their careers.

Was Peyton Manning better on the Colts or the Broncos?

Since Peyton Manning played most of his career with the Colts, the easy answer to this question is that he played better with Indianapolis. He won four of his MVP awards as a member of the Colts and racked up most of his stats while playing in Indianapolis. Manning was a member of the Colts throughout his prime, pairing up with Hall of Fame wide receivers Marvin Harrison and Reggie Wayne. That being said, Manning was not bad as a member of the Broncos. He remained a top quarterback in the league while in Denver and retired on top as a Super Bowl champion in 2015.

Manning explained during an interview that “Omaha” was an indicator that he would use while under center. He said that it was a trigger word that meant that they had changed the play. He would use this word to let his lineman know that they were not doing the plan that they originally set in place. He used this word when there was not a lot of time on the clock and the play needed to be changed.