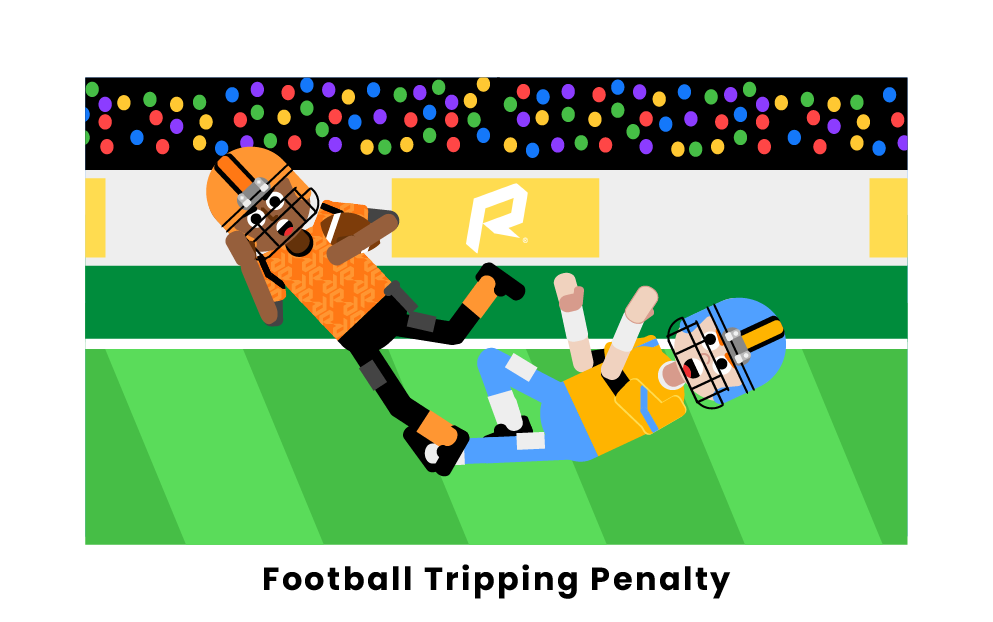 A tripping penalty in football occurs when a player deliberately trips a player on the opposing team. This is dangerous as it can cause serious injury. Most of the time this penalty is called on offensive lineman while blocking, although a trip can be caused by almost any player. The penalty is also not limited to when the ball is in play.

Tripping is an uncommon penalty in American football. To have this called, anyone on the field must trip one of their opponents. This foul can occur during a play as well as after. While tripping usually happens to someone who does not have the ball, the penalty also applies to the runner.

Sometimes tripping occurs when a member of the sideline will trip a player who is involved with the play. This foul is classified as unnecessary roughness and not a trip. A trip is only applied to players eligible and on the field.

Injury can be caused by tripping because the contact is usually bone on bone. Most players deliberately trip an opponent as a form of a block. It is an effective play in terms of not allowing someone to catch the ball carrier, but it is highly illegal and dangerous. The main danger of a trip is that you might not only injure the player who gets tripped, but they may fall onto the legs of another player or yourself, causing harm to more than one player.

A trip is often the result of someone either forgetting to block their assigned player or getting overpowered. This type of move is a last resort to stop the player nearby from making a big play. In some scenarios, this is a good penalty to take because it can save a potentially disastrous play for your team. Sometimes you would rather take a 10 yard penalty than give up a fumble or touchdown because of your mistake.

The result of a tripping penalty is 10 yards. If this foul is called on the defense, the penalty also grants the offense an automatic first down. This can be costly especially when the defense has almost forced a three and out. 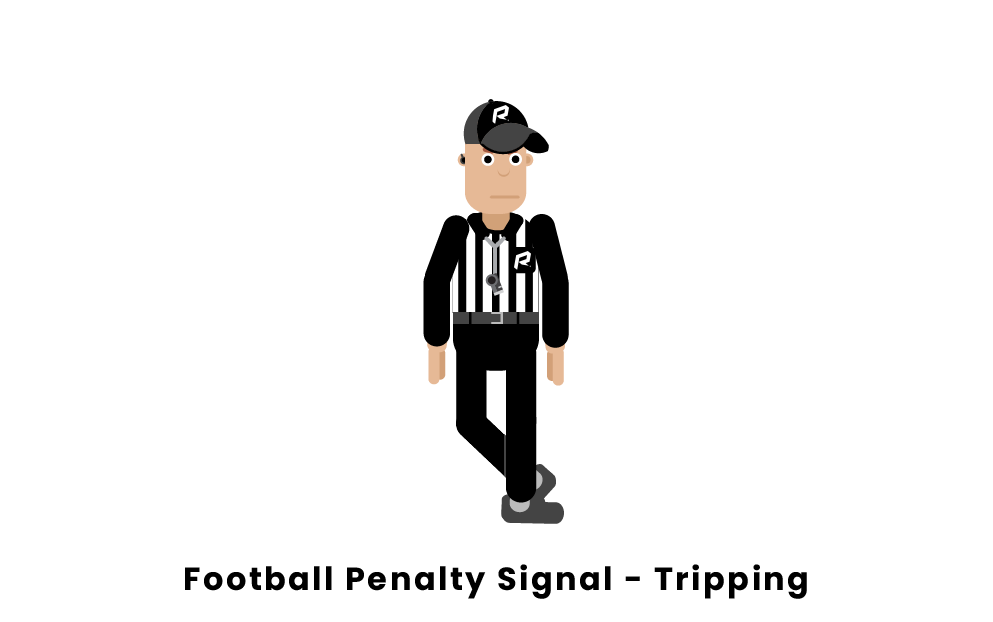 The signal for a tripping penalty is fairly simple. The referee will cross his legs to signal the motion of a trip. He will then point with an outstretched arm to the side of the offending team. He may also implement a first down signal if the penalty was called on the defense.