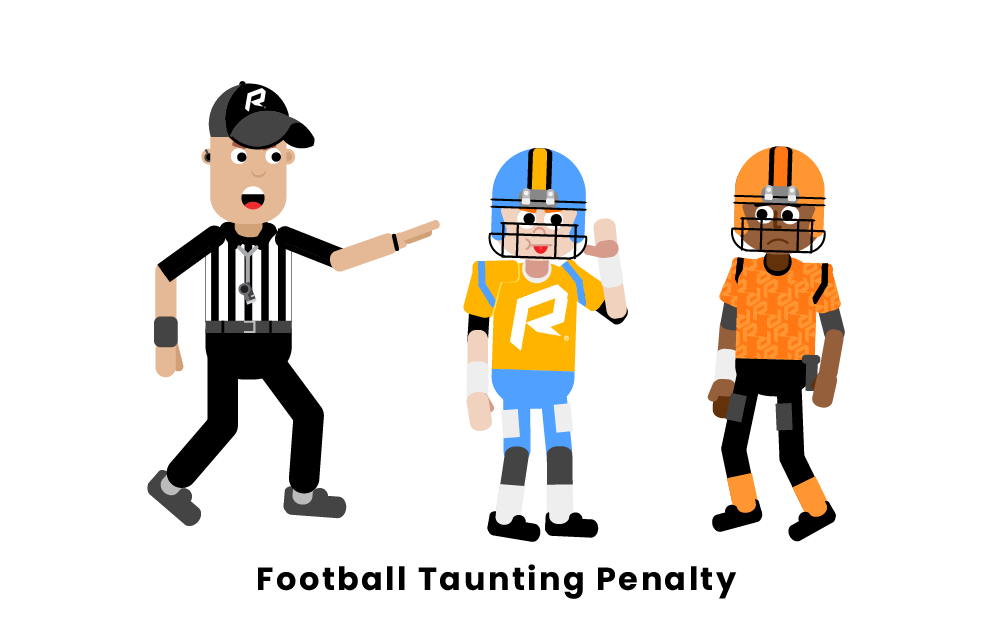 Taunting in football would fall under the unsportsmanlike conduct section of penalties and is called when one player performs an act that will provoke the other team in an unnecessary fashion. This penalty was first introduced into the NFL in the 1990s, and its original purpose was to limit the amount of celebrations players were doing on the field, as the league saw these celebrations as a distraction from the game. The infraction will always result in a 15-yard penalty and an automatic first down for the unpenalized team.

Taunting is when a player embarrasses, mocks, baits, or otherwise commits flagrant acts or remarks towards an opponent. This includes acts such as spiking a football near an opponent after a touchdown, shoving the ball at an opponent, and pointing or waving at an opponent, among others. Taunting penalties are usually a subjective call made by the officials, as what constitutes taunting can really be left up to interpretation. In most cases, fans are against taunting calls unless they are in favor of their team, as the calls can sometimes seem extremely nitpicky, vague, or arbitrary…especially when they’re against your players!

The call is usually made on touchdown celebrations when, either before or after scoring, a player openly taunts an opponent. In some cases, depending on when the taunting penalty is committed during the play, these touchdowns can be called back, and in some cases, players can be fined or even ejected from the field for the taunting violations.

However, player demonstrations that include some types of endzone celebrations are not fouls under the NFL playing rules and will not result in a penalty granted that they do not violate any other rules. If the celebration violates one of these standards, taunting will be called, and if the celebration is excessive it will result in a different penalty of excessive celebration for delaying the game.

At all levels of football played, the penalty for a taunting results in a 15-yard penalty against the team that committed the foul, and an automatic first down for the other team. Additionally, in the NFL, if a single player receives two penalties for taunting in one game, they will be ejected from the game. 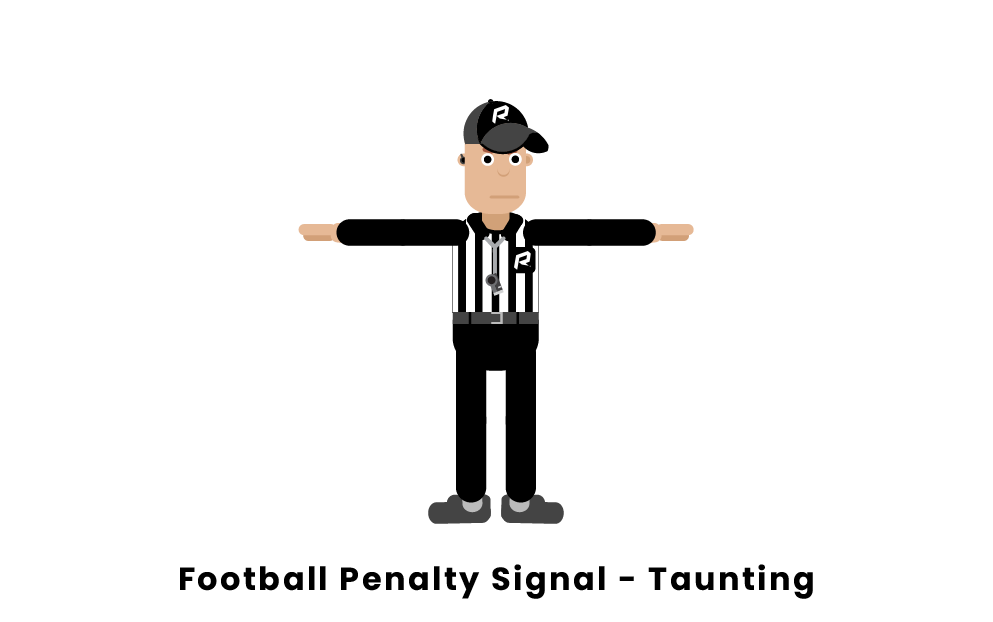 To make the signal for taunting, the referee will make the unsportsmanlike conduct signal, which consists of extending both arms outward and to the sides.

Examples of Taunting in Football

Does taunting take away a touchdown?

If an offensive player commits a taunting penalty before they reach the endzone, the touchdown may be called back. According to the NFL Rules, taunting carries a penalty of 15 yards, as well as an automatic first down. Taunting penalties which result in touchdowns being called back are often called when the taunting in question occurred during the play itself, before the whistle was blown.

When did the taunting rule get put in place by the NFL?

The taunting penalty was first created by the NFL in the 1990s, and was originally implemented in order to reduce what the league considered to be excessive post-touchdown celebrations. Since the initial implementation of the taunting penalty, the rule has been enforced somewhat spottily, but in recent years, the NFL has placed a renewed emphasis on taunting, which led to a larger number of taunting penalties being administered in the 2020 and 2021 seasons. This led to some debate from football fans, many of whom considered the taunting fouls to have been given out too frequently, and for arbitrary reasons.

Do football players get fined for taunting?

Yes, professional football players can get fined for taunting. In college, football players do not get fined as they are not being paid to play by the league. In the NFL, the amount a player receives for a fine is based on how many offenses they have committed and how severe it was. Fines for taunting can reach as high as a little over $10,000 for a first-time offender and over $15,000 for a repeat offender. Nonetheless, all fines for taunting can be appealed by the player.