Football Running Into The Kicker Penalty 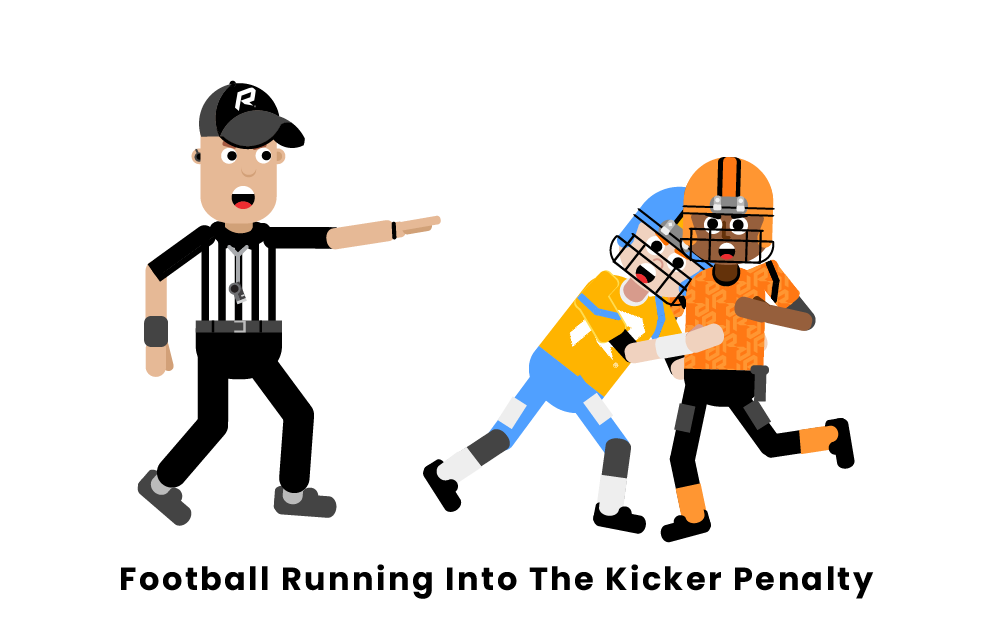 When they are in the act of kicking, punters and kickers are among the most vulnerable players on a football field. Not only do they wear very minimal padding, but the act of kicking a ball leaves them in a very open position. Running into a kicker is a penalty that occurs when a defensive player hits the kicking leg of the punter or kicker.

This penalty is slightly different than roughing the kicker, though the two are a similar idea. In general, hitting the kicker or punter in any way, while they are in the act of kicking the ball, will result in a penalty.

Running into the kicker occurs when a defensive player either makes contact with a punter or kicker’s kicking leg or when they prevent the punter or kicker from landing onto the ground safely. Running into the kicker can be called if a defensive player slides under the punter or kicker, preventing them from landing on the ground. This can often be very controversial, because it is hard to stop your momentum once you are running towards a kicker or punter in an attempt to block the kick.

The result of a running into the kicker penalty is a five yard loss for the team that has committed the penalty. This does not mean an automatic first down, except if the offensive team is within five yards of a first down.

This penalty is very different from roughing the kicker, which results in a fifteen yard loss with an automatic first down. This distinction comes most importantly into play during the split second in which the referees has to decide which penalty to call. In such a moment, especially in the fourth quarter, calling one over the other can change the outcome of a game, giving a punting or kicking team yet another chance to score a touchdown. 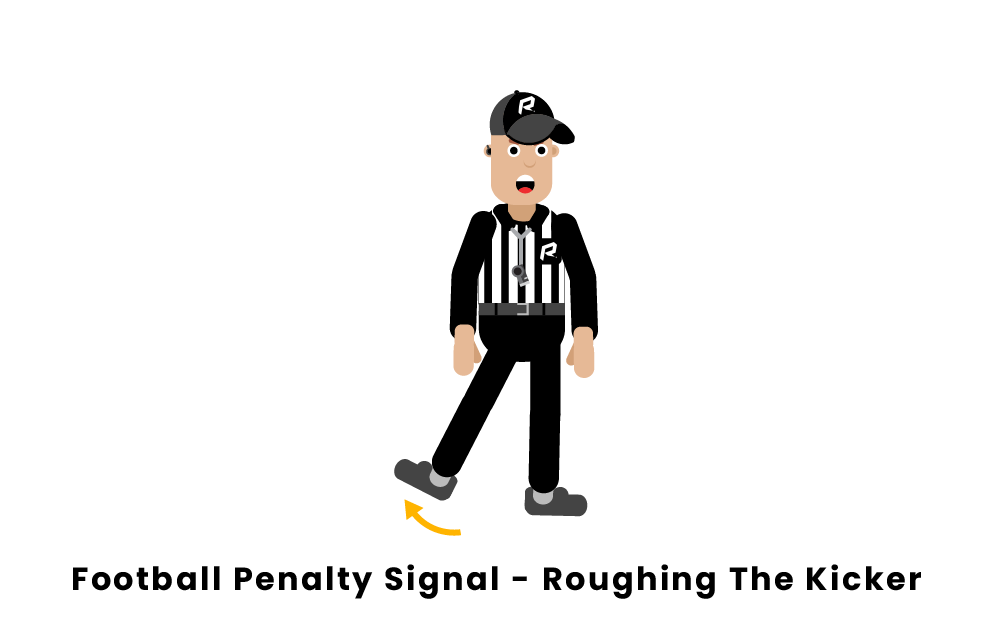 The signal for running into the kicker is represented by an official standing on one leg and kicking their leg out. This is a very simple signal, which is appropriate for a very simple penalty. Since it is so rarely called, you will almost never see an official make this signal.

Similar Penalties To Running Into The Kicker

What is the penalty for running into the kicker in football?

If a player is flagged for running into the kicker in football, their team will suffer a five yard loss. This penalty is uniform across all football leagues and is much less severe than a roughing the kicker penalty, which results in a 15 yard penalty and an automatic first down for the kicking team.

What is the difference between running into the kicker and roughing the kicker in football?

What is a running into the kicker penalty in football?

In football, a running into the kicker penalty occurs when a defensive player makes contact with a punter/kicker’s leg or prevents the punter/kicker from landing safely onto the ground. This penalty rarely occurs in any level of play, but the result is always a loss of 5 yards for the defense.

Pages Related to Football Running Into The Kicker Penalty