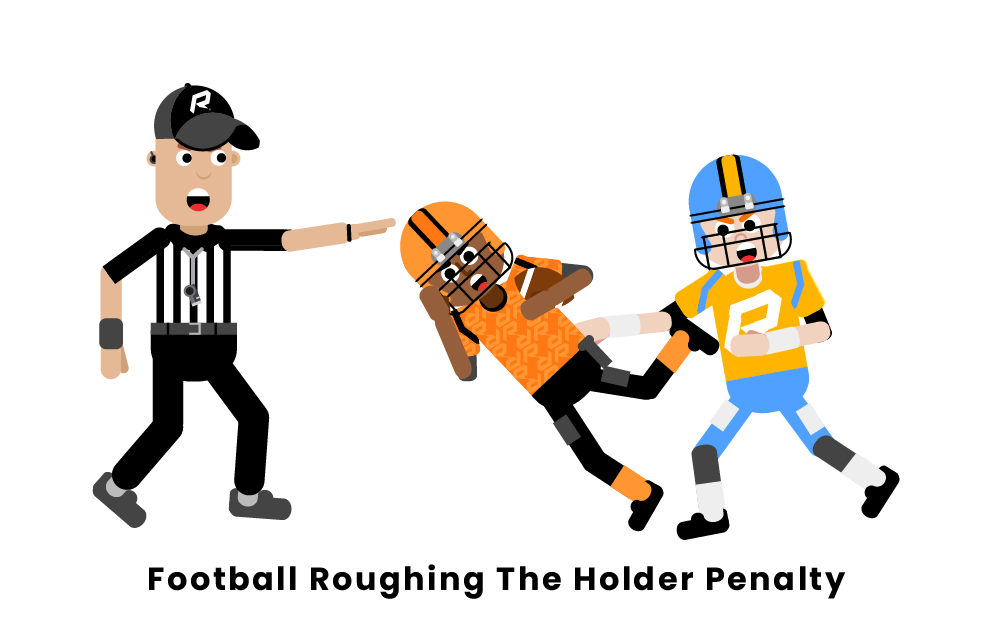 A roughing the holder penalty in football is when a team is attempting a field goal and a defensive player makes unnecessary contact with the holder. The holder in football is the person that receives the snap and then holds the ball in a place for the kicker to kick it and attempt to make a field goal. The result of this penalty is a gain of 15 yards for the offense as well as an automatic first down.

Roughing the holder penalty results in 15 yards for the offense and an automatic first down at every level of football. 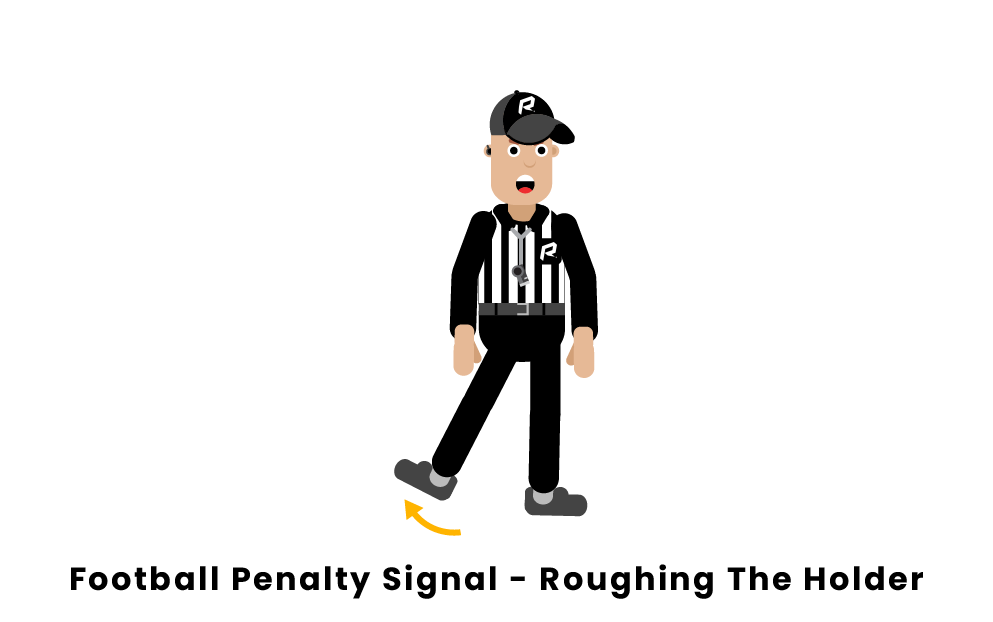 Similar Penalties To Roughing The Holder