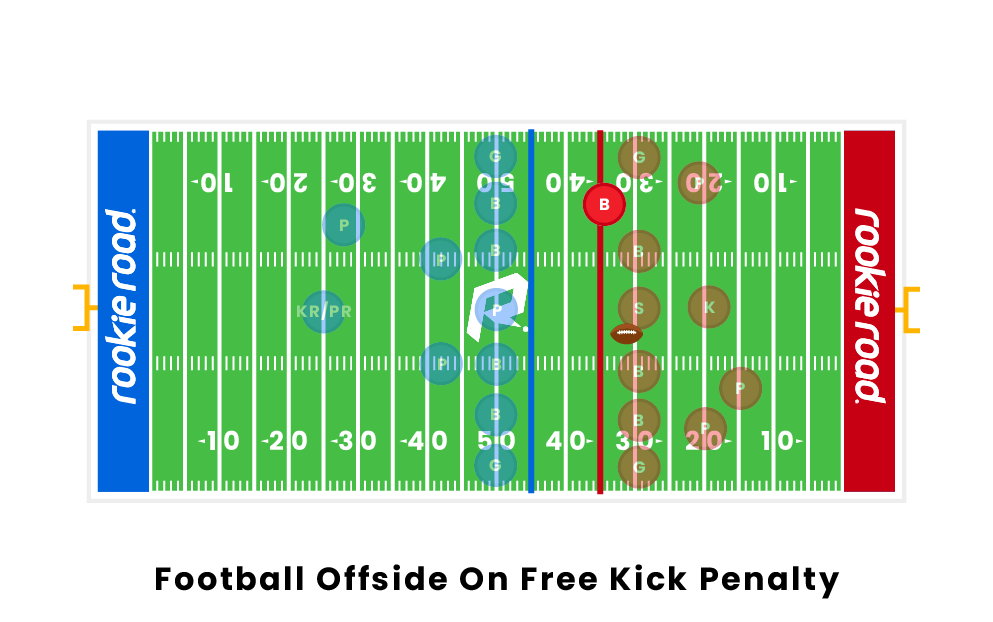 An offsides penalty on a free kick occurs when a player from the kicking team passes the ball before it is kicked. The ball on a free kick sits on a restraining line, which is meant to keep the players of the kicking team behind the ball. When a player crosses this line, he must cross it after the ball has been kicked. If not, an offside penalty will be called on him.

There are not too many offsides on free kicks in the NFL anymore, since the league has changed the rules for the kicking team. Members of the kicking team used to be able to have a running start before the ball was kicked, as long as they stayed behind the restraining line. Now, they are not allowed to move until the ball is kicked. This makes it harder for a player to be called offsides because they must be lined up over the restraining line for the penalty to be called. This rule was put in place in order to reduce collisions and make the game safer.

An offsides on a free kick will cost your team 5 yards. This is a minor infraction mostly because the penalty does not affect much. Sometimes, a kicking team will be required to re-kick due to this penalty, but the results are often the same. 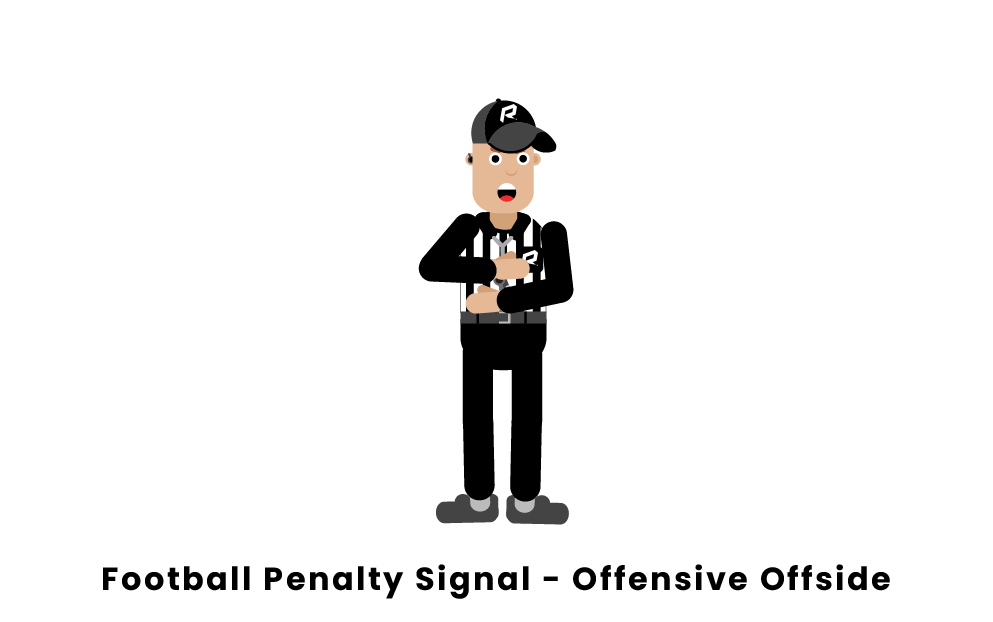 The signal for an offside on a free kick is the same as the false start motion. The ref will rotate your arms at the wrist creating a circular motion. The referee will also point to the side of the offending team, in this case the kicking team. They will use an outstretched arm to do this.