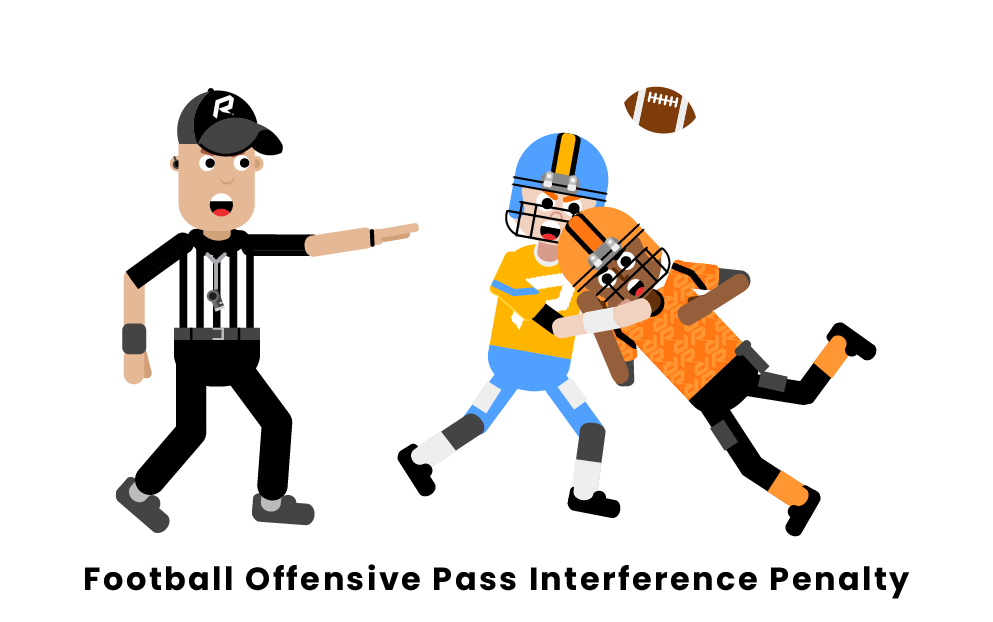 Pass interference is called when an action from a player on either team more than one yard down the field affects another player's opportunity to make a play on the football. When dealing with offensive pass interference, the receiver must engage with the defender in order to gain an advantage.

This penalty will not be called when both the receiver and defender are both engaging with each other. This is because one player does not have a clear advantage to catch the ball. This sequence is often labeled as hand fighting. If there is any doubt that there is an offensive pass interference penalty, it will normally not be called.

Offensive pass interference results in a 10 yard penalty. The yardage will be enforced from where the ball was before the penalty was called, and the down will be replayed. The defense can choose to decline this penalty, usually when the play that the penalty occurred on resulted in an advantage for the defense. Common advantages include an interception or fumble recovery by the defense.