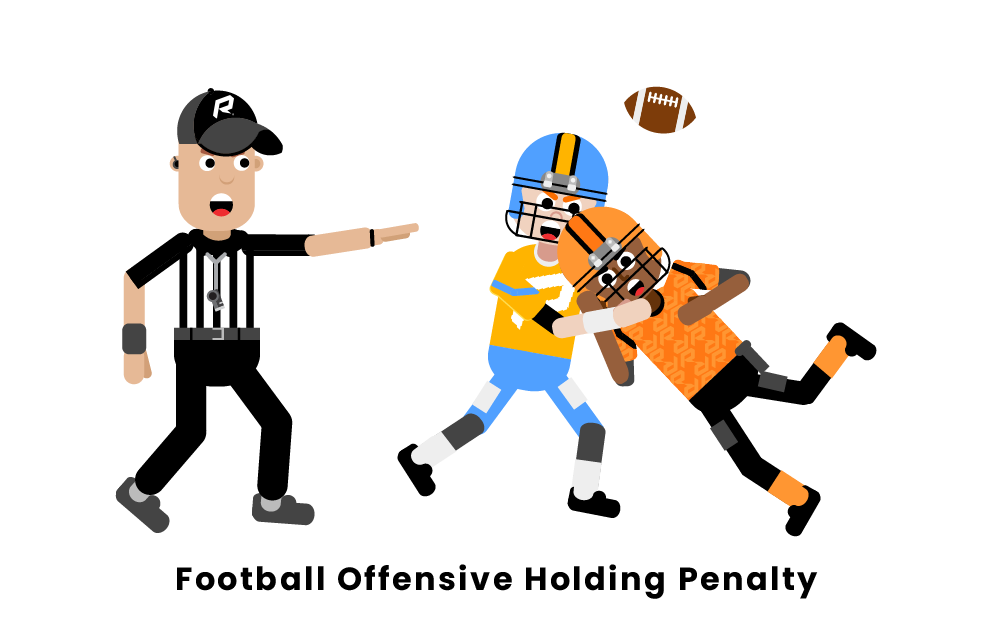 What is an Offensive Holding Penalty in Football?

The offensive holding penalty occurs when an offensive player holds a defensive player, which is illegal at all levels of football. Proper and legal blocking in football is with an open hand technique; any kind of grabbing or holding on to another player is not allowed. This includes grabbing a defender with your hands, tackling them, pulling them to the ground, and hooking, jerking, or turning them with your arm. It does not matter whether the offensive player’s hands are inside or outside of the frame of the defender’s body; any grip or wrapping up on any part of the defender’s body is illegal.

Most often, this penalty happens when a defender beats or gets past an offensive lineman, and in an attempt to recover and prevent the defender from getting to the ball carrier, the lineman grabs a part of the defender’s body and impedes their path. It can also happen to tight ends, running backs, and wide receivers, who are much less experienced with blocking and sometimes are asked to block defenders much bigger and stronger than they are, thus being vulnerable to forgetting proper blocking technique. However, the offensive holding penalty is not always called according to the definition of the rule; linemen hold in some form on nearly every play, but referees tend to only call the more obvious or egregious ones.

The offensive holding penalty has the same result across all levels and leagues of football: a loss of 10 yards from what was the line of scrimmage before the play and a negation of any yardage gain or score during the play. For example, imagine a team begins at the opposing 40-yard line on first and 10. They run a play that goes for 30 yards, but holding is called. They would now have first and 20 from the 50-yard line, with the 30-yard gain not counting. In most NFL games, there is at least one occasion where a team makes a big play or scores, and it ends up being called back due to offensive holding, leaving fans of the offense distraught after believing they had a big play. 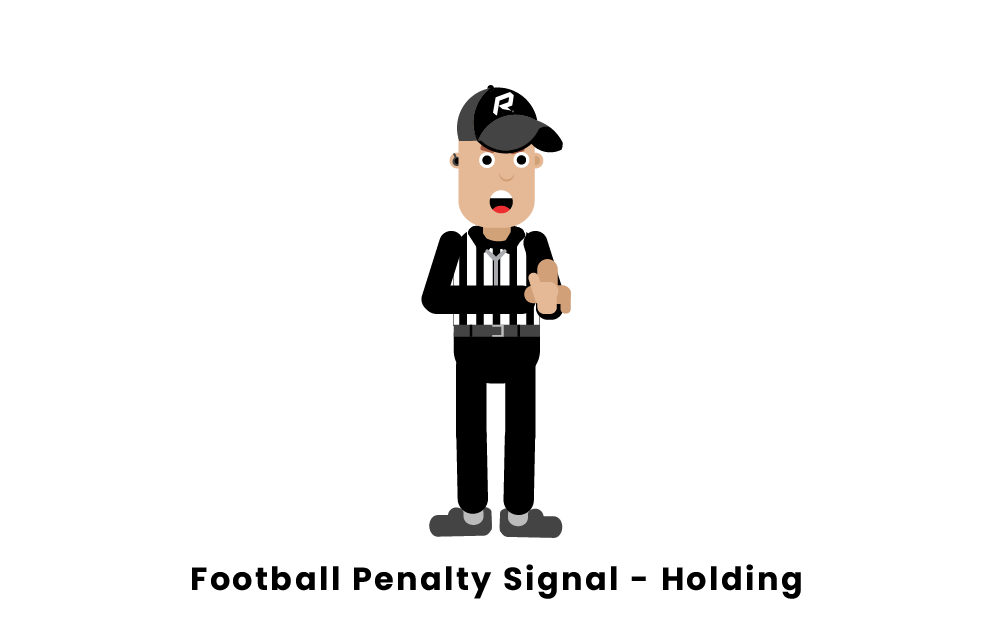 The referee signals an offensive holding penalty by bending their left arm upwards with a closed fist next to their face and grabbing their left wrist with their right hand. Since they are holding their own wrist, it conveys the idea that the penalty called is holding.

How many yards will a team get penalized for offensive holding?

What is holding in football?

In football, “holding” is a term used to describe a situation where a player does not use the correct form of open-hand blocking and instead grabs onto another player and forcibly impedes their movement, such as by dragging them or holding them in place. Holding is always a penalty in football and is most commonly called on the offensive team; however, it can and has been called on the defense as well.

Can holding be called on the defense in football, or just the offense?