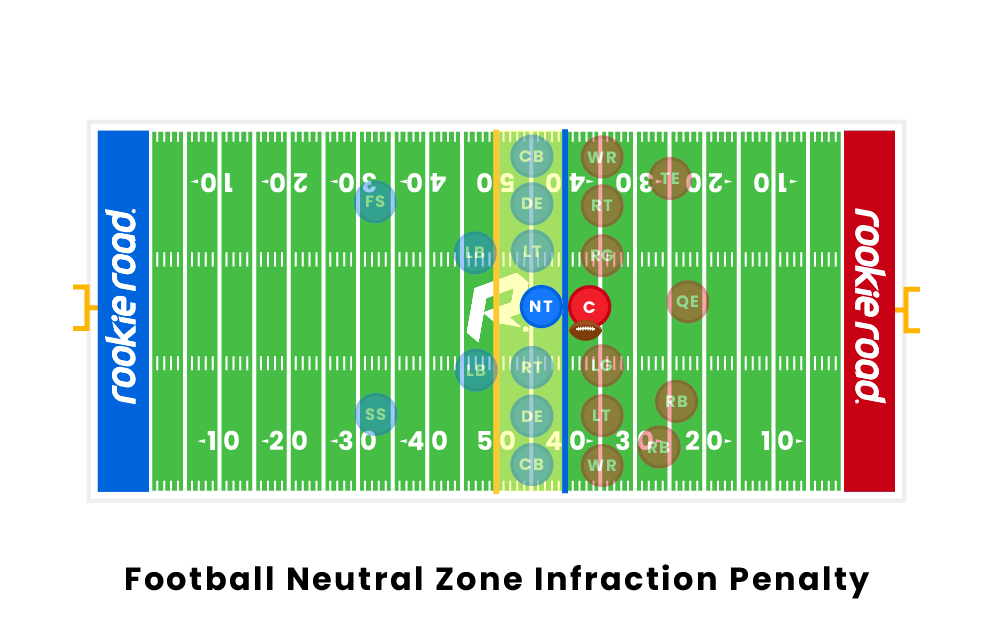 In football, the offense and defense line up one in front of the other, very closely together. The offensive line and defensive line each get ready to smash into each other as soon as the ball is snapped. Because of this closeness, there is a small area in between the two teams, known as the neutral zone. This area, which is about six inches long, provides a buffer between the two teams. A neutral zone infraction is when a player from either team enters the neutral zone, crossing the line of their side of the football.

A neutral zone infraction occurs when a member of the defensive team enters the neutral zone, crossing an imaginary zone of about 6 inches between the defensive and the offensive side of the football. This can mean that the defender is either parallel with or behind the offensive line. The penalty occurs before the ball is snapped, but when the offensive and defensive players are set. If any referee sees the penalty, they will throw their flag and will blow their whistles. Oftentimes, in the time it takes for an official to throw their flag, the quarterback will have snapped the ball. However, referees will run in to stop the play. The play is stopped because a neutral zone infraction is a pre-snap penalty. 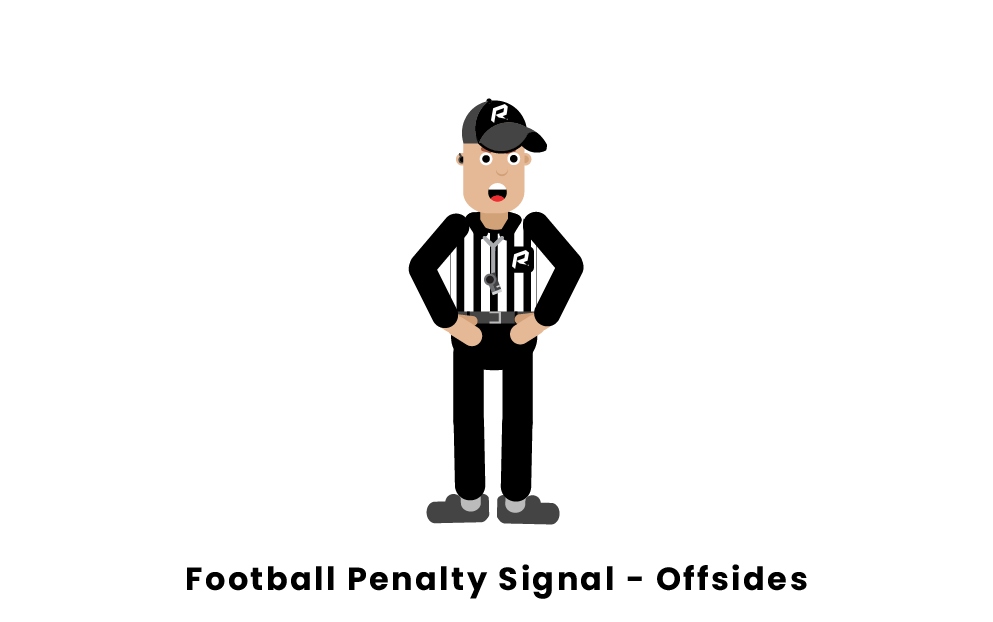 The penalty signal for a neutral zone infraction, much like offsides or encroachment, is shown by the official putting their hands on their hips. This is followed by pointing at the side of the field on which team that committed the penalty is standing.