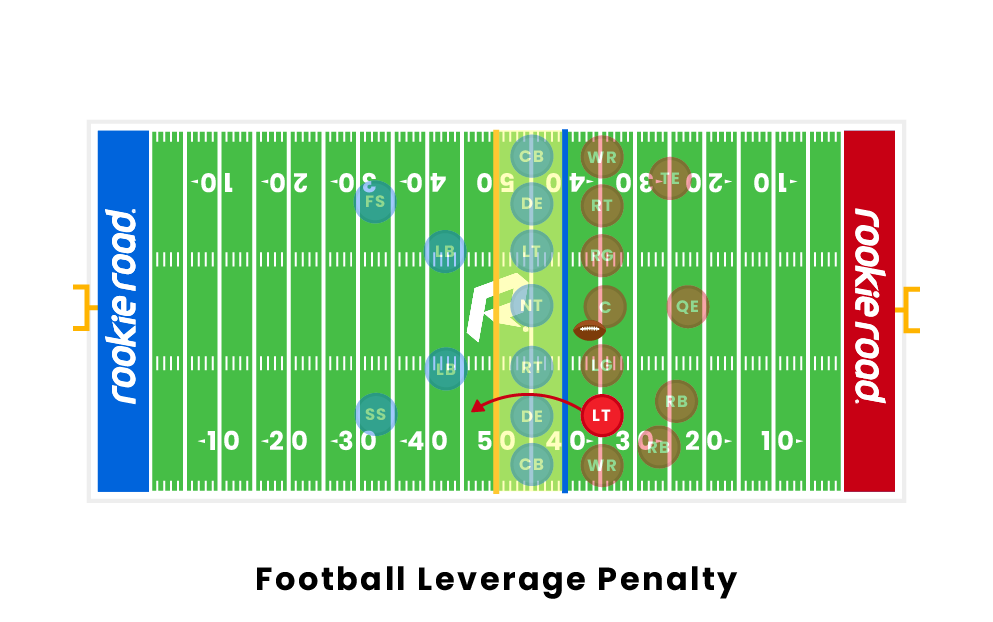 A leverage penalty (also called a leaping penalty in the NCAA) in football is a penalty against the defense that occurs when a player jumps, or stands on another player in an attempt to block a field goal or punt. Though it rarely occurs, a leverage penalty can have a big impact on a game’s final outcome.

A leverage penalty in football is called whenever a player jumps or stands on another player, either a teammate or an opponent, in an effort to block a kick. It is a penalty that has been put into place mainly to protect players from the injuries that can occur in greater frequency during field goals and punts whenever somebody leaps onto another player.

Though infrequent, leverage penalties can have big impacts on the outcome of a game. Some games have even been forced into overtime by leverage penalties when they otherwise may have ended. Others have likewise turned from nail-biting defensive match-ups into lopsided thrashings as a result of a single leverage call.

Both the NFL and NCAA have some form of a leverage penalty. In addition, high school football associations have adopted the same penalty in efforts to cut down on injury risk and acclimate players to collegiate-level rules enforcement.

In all three levels of play, a leverage penalty results in 15 yards from the line of scrimmage, as well as an automatic first down. The automatic first down is perhaps the most damaging part of the penalty, as it nullifies the defense’s efforts on the entire last set of downs.

Leverage penalties are part of the “unsportsmanlike conduct” category, so a referee will hold their arms outstretched, palms face-down, when signaling a leverage penalty. The referee will also throw their flag, blow a whistle, and inform the players on the field (and the fans) of the rules infraction after the play.

What is the leverage penalty in football?

In football, a leverage penalty occurs when a defensive player leaps off or stands on another player in order to block a kick. This penalty occurs whether the player who is lept over or stood on is a member of the offending player’s team or is on the opposing team. The penalty for such a foul is an automatic first down and a loss of 15 yards for the offending team.

What is unsportsmanlike conduct in football?