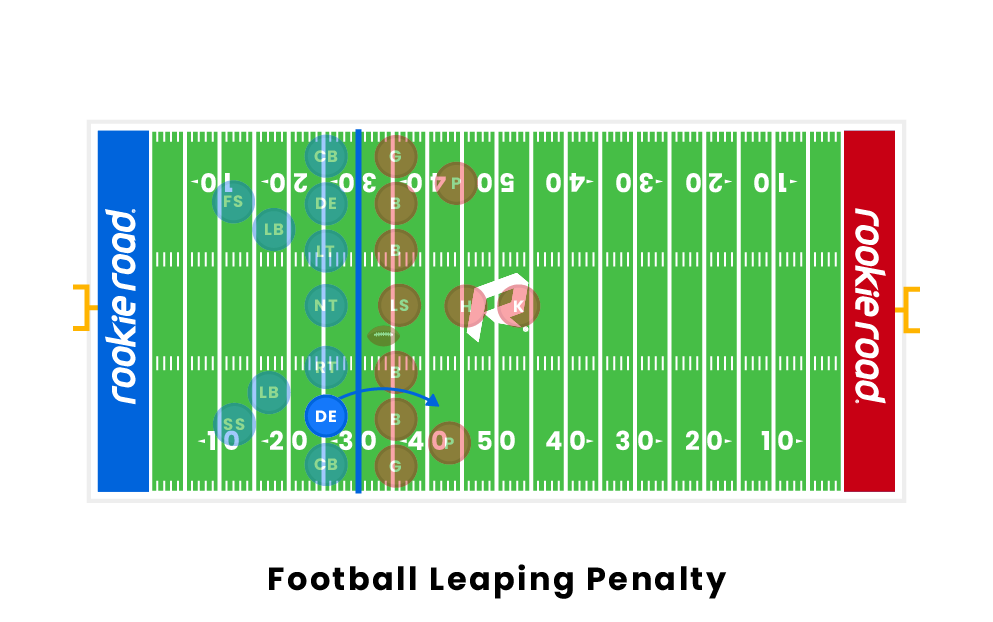 Leaping is a penalty that is called on field goal attempts in football. It occurs when a defensive player attempts to jump over the line of scrimmage whether he is successful or not. This action results in a 15 yard penalty and an automatic first down.

A leaping penalty in football is only called on field goals or extra point attempts. When a defensive player attempts to jump over the offensive line in an attempt to block a kick, the referee throws their flag. This penalty always results in a 15 yard personal foul penalty along with an automatic first down. If the penalty occurs on an extra point, the kicking team is allowed to assess the penalty yards on the kickoff.

A leaping penalty is called whether the defensive player touches the offensive lineman or he jumps straight over them. Players used to be able to jump over the line of scrimmage, usually the center, if they made their jump cleanly. If they landed on or touched an offensive lineman with their cleat, then the flag would be thrown, but if they didn't, it was a clean play. This has been amended so that any attempt to jump over someone on a kick is a penalty in the interest of player safety.

The result of a leaping penalty is 15 yards and an automatic 1st down in the NFL, NCAA, and High School. Since it is a rule put in for the safety of the players, it carries one of the largest penalties in football. 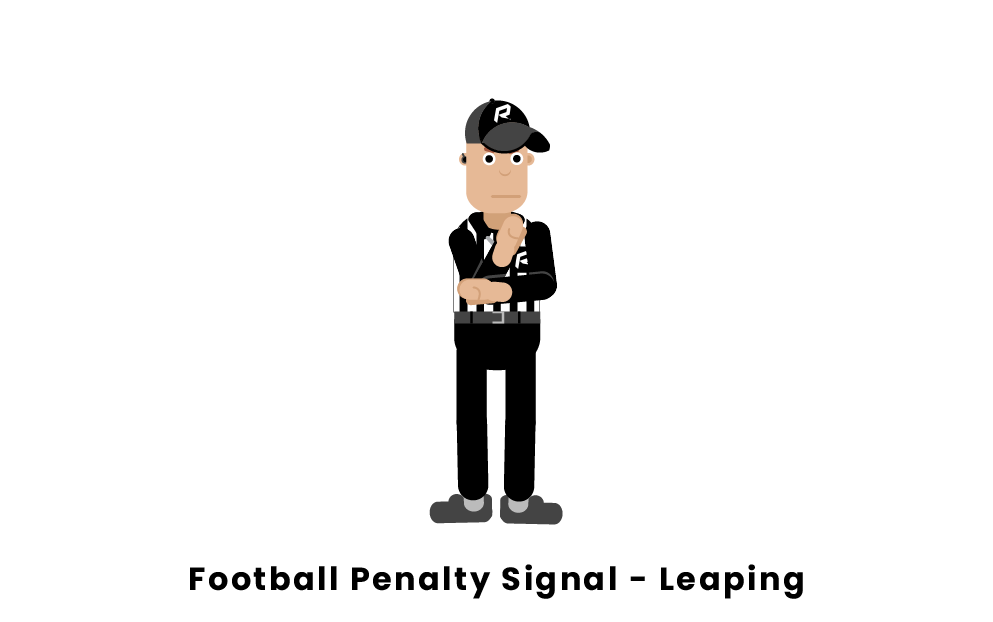 A leaping penalty is classified as a personal foul. When calling a leaping penalty, a referee puts one of their fists to their other wrist and holds the other one out the signal for all personal fouls. They then tell the teams and fans that the personal foul is for leaping and point to whichever team committed the foul.