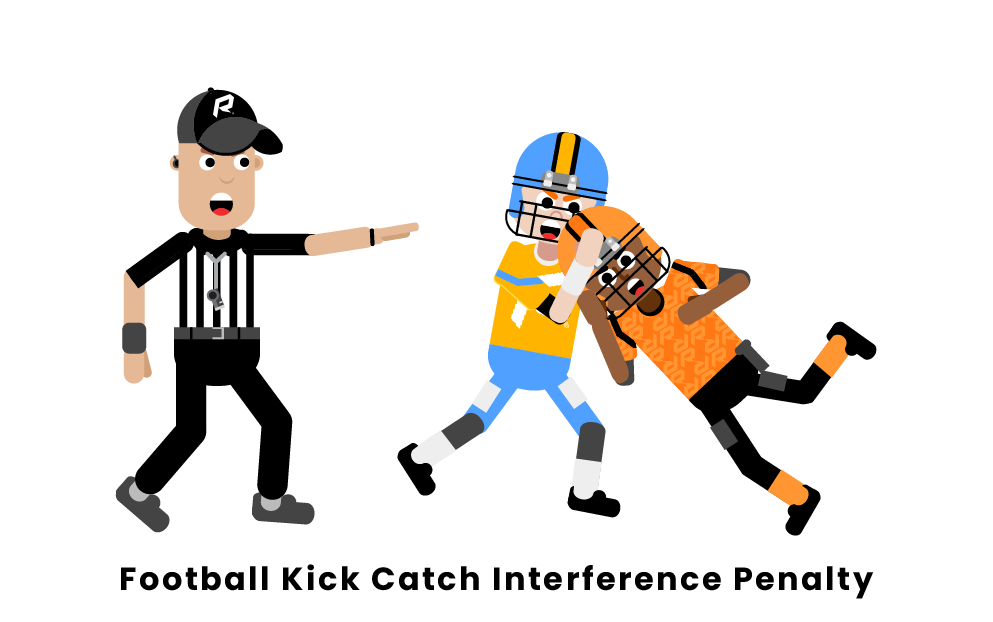 Kick returners also have the right to attempt a “fair catch” without interference from members of the kicking team. A fair catch means that the receiver plans to catch the ball but has no intention of returning it. The fair catch is signaled by a player fully extending his arm above his helmet and waving it from side to side. In the same manner that players on the kicking team may not interfere with a receiver attempting to catch the ball with intentions to return it, members of the kicking team are also not allowed to hinder a player attempting to make a fair catch.

The result of a catch interference penalty is a loss of 15 yards from the spot of the foul. The offended team has the right to then put the ball in play with a snap from the line of scrimmage. For players who attempt a fair catch and have been interfered with, a fair catch is awarded even if they don't manage to catch the ball.

For a kick catch interference penalty, the referee extends their arms forward with their palms exposed in a pushing motion.

What is the consequence for kick catch interference in the NFL?

In the NFL, interfering with a player attempting to catch on a punt or kickoff is 15 yards given to the returning team from the spot of the foul. This can be a huge blow to the kicking team, as a play that could have resulted in zero return yards ends up giving the receiving team 15 yards instead.

How much room does a kick returner get on a fair catch?

When did the NFL add the fair catch interference penalty?