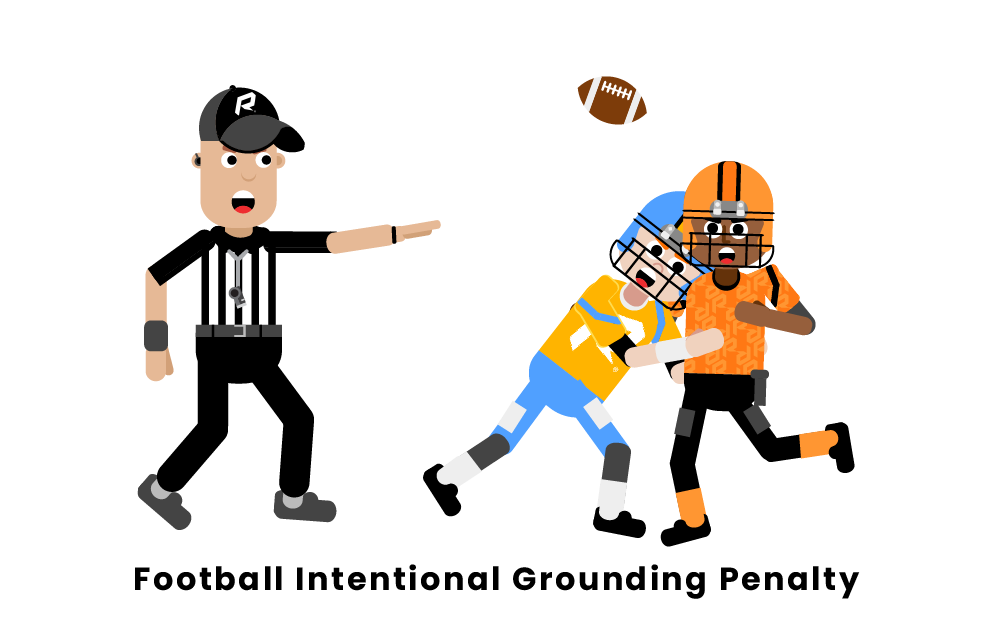 An intentional grounding penalty in football involves a mistake made by the quarterback, who is throwing the ball. This type of penalty often occurs when the quarterback is trying to avoid being tackled by opposing players. This penalty helps deter quarterbacks from making unrealistic throws to avoid losing yardage from getting sacked.

This penalty can occur at any point in a football game. It is often called when a quarterback is trying to avoid the repercussions of being sacked behind the line of scrimmage. Trying to throw the football away to avoid losing yardage can be seen as unfair for the opposing team. The only exception to this penalty is when a quarterback spikes the football right in front of them to stop the game clock. This penalty is fairly uncommon with an average of 1.16 times called on teams per season.

When an intentional grounding penalty is called, a few different results can occur based on the different leagues or level of play. It is most common for a team to lose a down and/or lose yards from the spot of the foul. 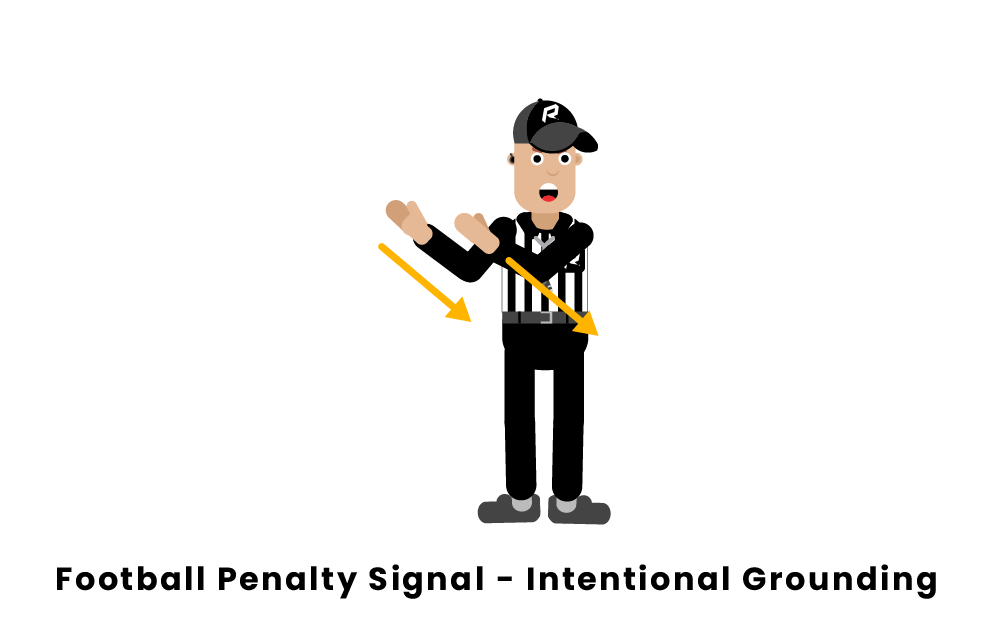 When this penalty is called, a referee immediately initiates a whistle and goes to the middle of the field. They announce that the penalty is intentional grounding on the quarterback while beginning the penalty signal. This signal starts with the referee holding their hands parallel to each other near their right shoulder. The referee motions the penalty by moving their diagonally up and down across their body. During the motion, the referee is supposed to keep their hands parallel to each other the whole time.