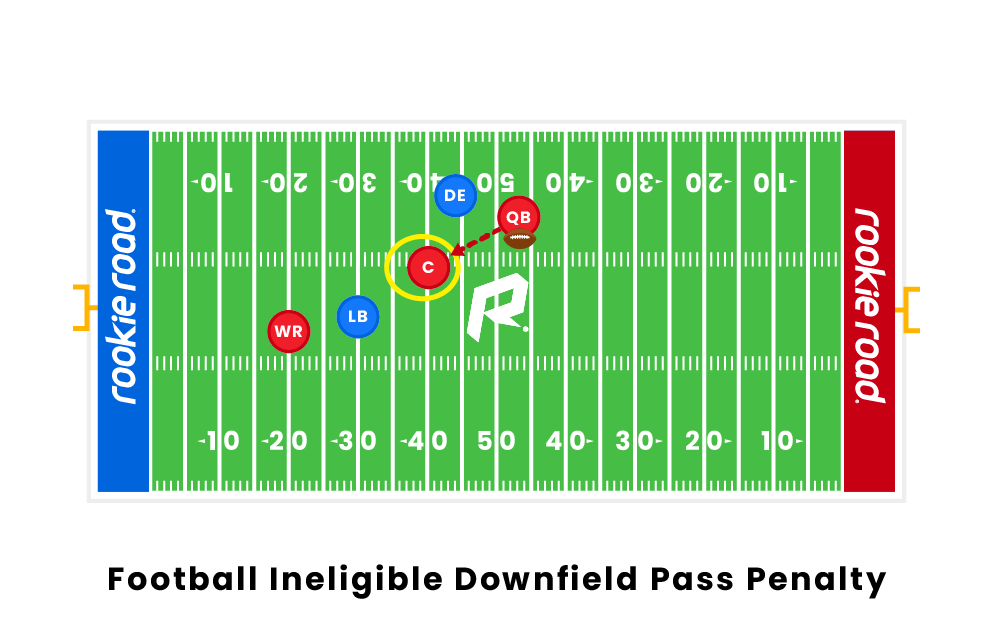 The ineligible players tend to be offensive linemen. When ineligible receivers are further than one yard past the line of scrimmage before their quarterback has thrown the ball, this penalty is called. It is a five yard penalty before the next play.

The result of an ineligible downfield pass penalty in football is 5 yards. The offense will start its next play 5 yards back from where they started the previous play. 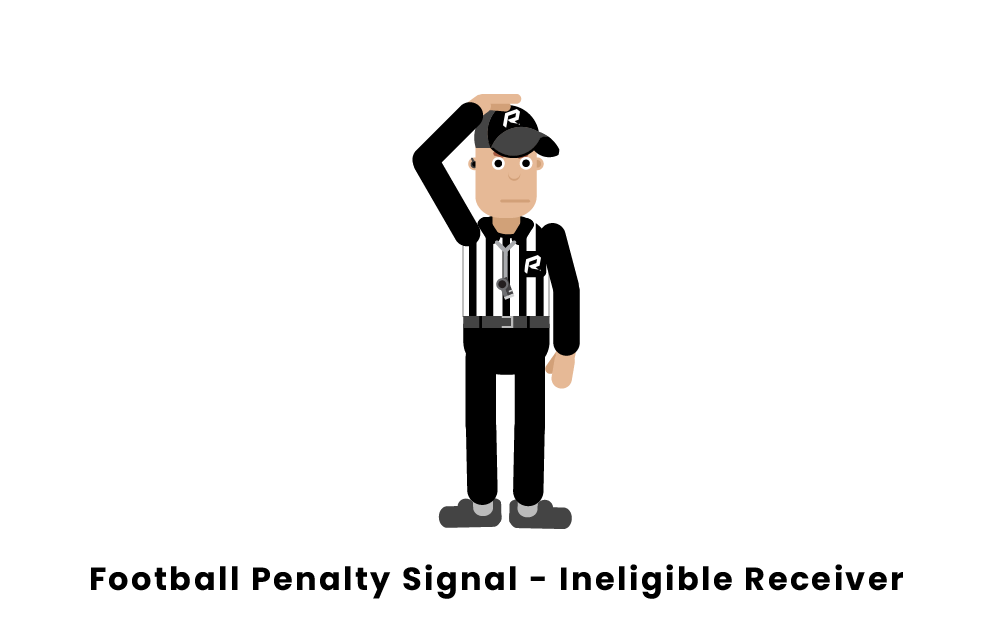 When a referee calls the penalty of ineligible downfield pass, they will tap the cop of their head with their right hand and tell which player the penalty was on. They will then announce the upcoming down and yardage to go for the offensive team.