An ineligible downfield kick penalty is issued when a member of the kicking team other than the gunners, who like the kicker are a part of the special team, crosses the scrimmage line before a punt or kick is made. It results in a 5 yard penalty.

An ineligible downfield kick penalty, sometimes called ineligible receiver downfield, is when a member of the kicking team, other than the two eligible players called gunners, crosses the scrimmage line before a punt or kick. It results in a 5 yard penalty.

Before a punt, players must abide by restraining lines, a specific formation that distinguishes active from inactive players when the ball is punted or kicked for the other team to receive. The kicking team's players must stay behind the line of scrimmage. Restraining lines mandate that only two eligible receivers called gunners from the receiving team are allowed to go past the line of scrimmage before the ball is kicked. Like the kicker, the gunners are a part of the special team. They are specially trained to receive a punt or kick from the far end of the field.

A referee can give a penalty for an ineligible downfield kick during transition kickoffs, though in practice the rule is not commonly called. The kicking team's players can be a little beyond the restraining lines at the time of a kick (hence the 1 yard rule), but if they defy the boundary by much more it will result in a 5 yard penalty. The type of player who usually might commit an ineligible kick downfield penalty are the linebackers, defensive backs, or sometimes wide receivers.

The ineligible downfield kick penalty is in place to ensure that the gunners of the receiving team have a fair chance of catching the kick or punt for their team without being blocked immediately. 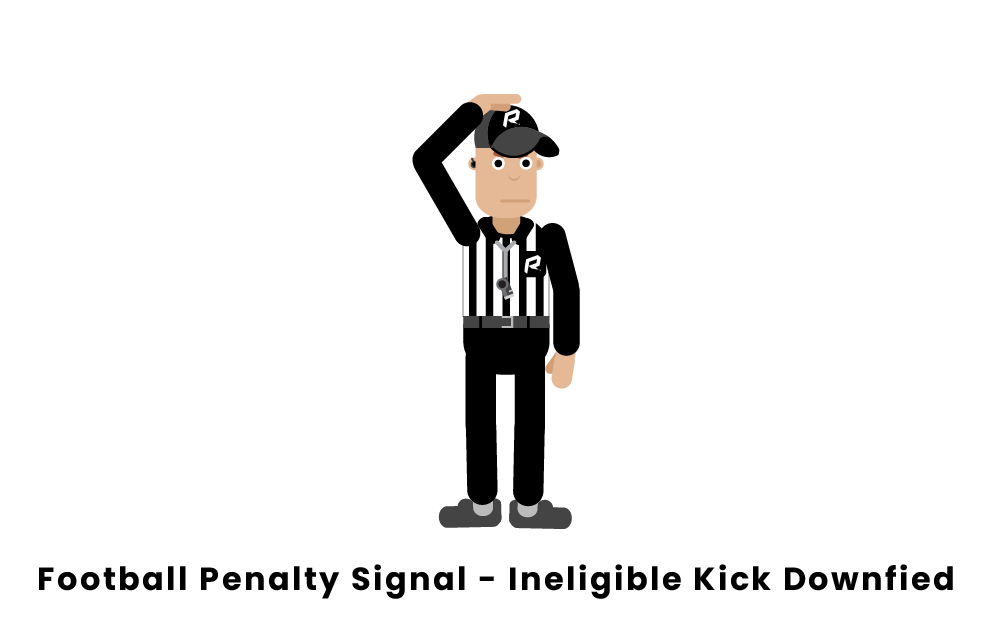 To signal a penalty for an ineligible kick downfied, a referee will raise one arm and touch or tap the top of their head.