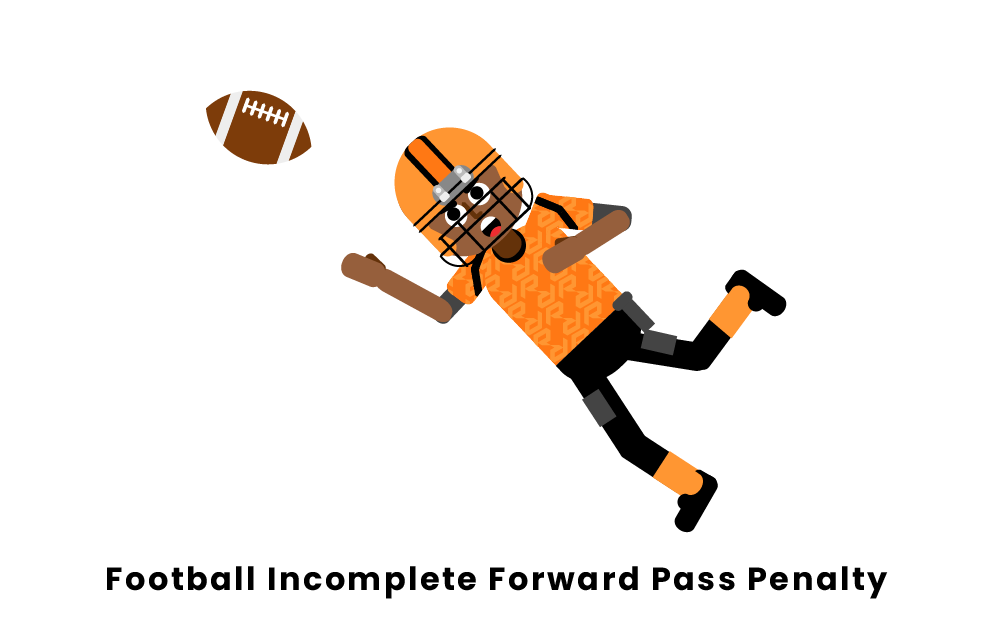 An incomplete forward pass is a common part of the modern football game. Back when the forward pass was first implemented, there was a penalty if you did not succeed in throwing the ball. An incompletion occurs when the ball hits the ground after a pass, where no one was able to catch the ball.

An incomplete forward pass penalty in football was once used because the forward pass was new to the game. Since many teams did not pass and were not used to it, it was seen as a dangerous and risky play. A penalty was added to incompletions due to many teams not liking the introduction of the pass. This penalty would make teams reconsider using the pass as it posed major threats if the ball was not caught.

An incomplete pass in today's game of football happens multiple times a game. This occurs when a legal or illegal forward pass hits the ground or goes out of bounds. The ball is considered dead and a loss of down is the result.

Besides the penalty based on a direct incomplete forward pass, there are other penalties in the modern game that are called when an incomplete pass occurs. The most common of these is intentional grounding. This is when a quarterback throws the ball away when he is either still in the tackle box or does not throw it near any one of his receivers. Another one is when a quarterback throws an incomplete pass after he crosses the line of scrimmage. You must have one foot behind the line in order for the pass to be legal.

Other uncommon penalties include multiple forward passes during the same play. You can only throw the ball forwards once during a singular play. It is interesting to see how far football has come in terms of the pass. From calling penalties for dropped or incomplete passes, to some teams developing trick plays that involve laterals or multiple backwards passes.

Back in the day, an incomplete pass would cost your team 15 yards, that is if the ball was touched before hitting the ground. If the ball simply hit the ground and no one made contact with it, your team would lose possession of the ball. This rule was only implemented in college football since that was the only type of football being played at the time. 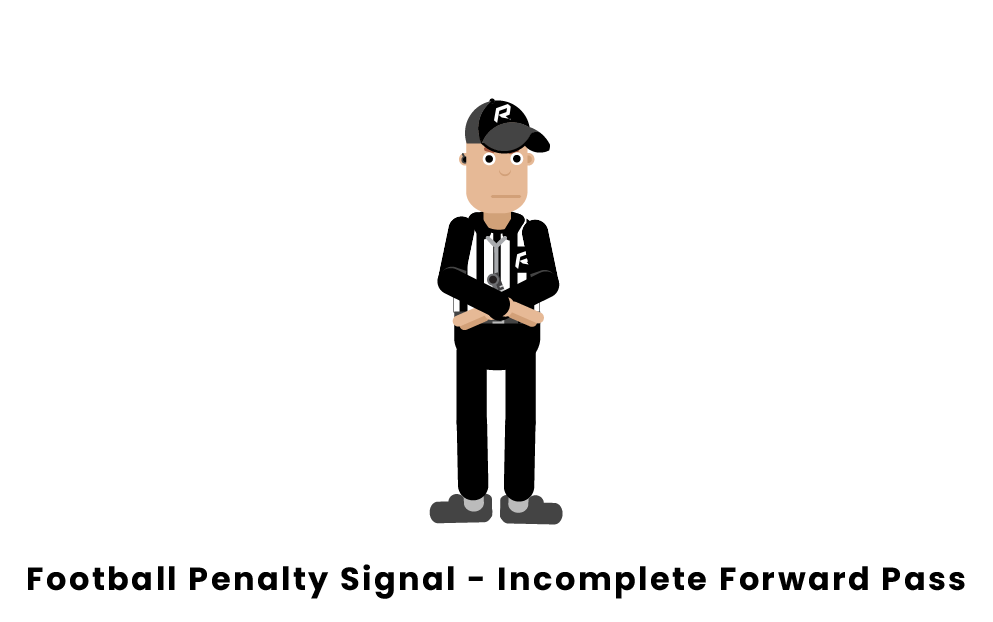 The signal for an incomplete forward pass is shown by crossing your arms back and forth at about chest level. The referee will not point to either the offense or defense since the incomplete pass signal in itself is not a penalty. This signal can also be used when a team chooses to decline a penalty committed by the opponent.