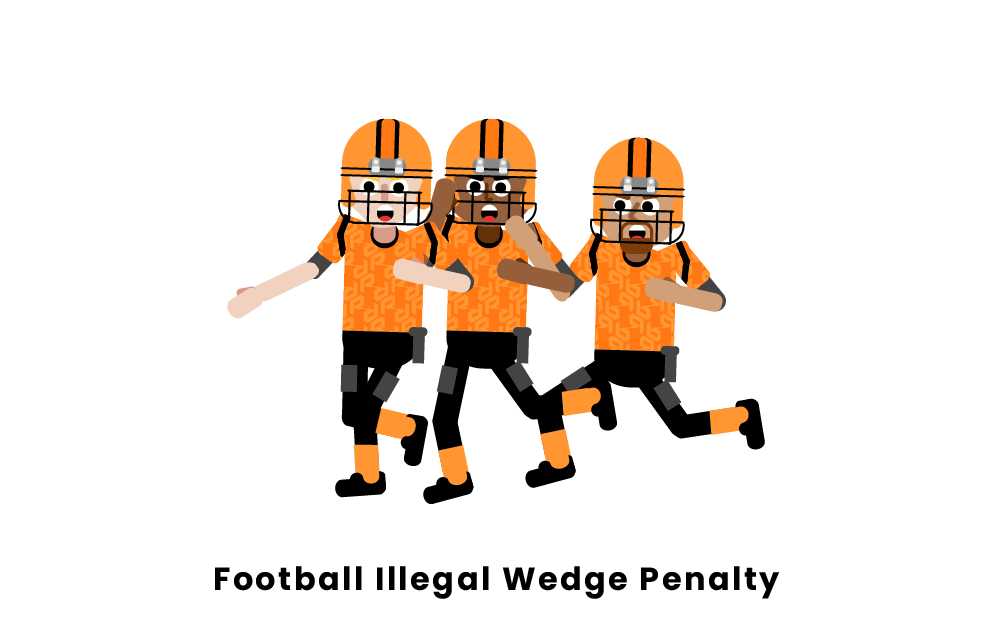 An illegal wedge penalty in American football is called on blockers when two or more of them line up in a “wedge” formation during a kick return. Once in formation, the players then run forward while maintaining the distance between them, forming a blocking unit, or wedge, that is much larger than the two players individually. The rule was implemented in the game mostly in an attempt to reduce the risk of injury during the already very dangerous kickoffs.

Wedge blocks are an effective way for return teams on kickoffs to contain and reduce the number of open lanes, or pathways, that are possible for defenders to use to get to and tackle the ball carrier on the kickoff return. A wedge formation is made by two players lining up shoulder-to-shoulder within two yards of each other and moving forward together on the same plane.

Because of the effectiveness of this type of block and its widespread use within the football playing community, it became a common strategy among football teams to send a player, known as a “wedge-buster,” running full speed downfield during kickoff with the sole intention of generating as much force as possible on impact to disrupt and destroy the wedge formation. This increased the number of high-speed collisions happening during kickoff, a play already notorious as being the most dangerous play in football.

In 2009, coming to the conclusion that too many players were being injured while colliding and/or participating in a wedge block, the NFL’s owners came together to ban the formation from use starting in the 2009 season. College football soon followed suit in their 2010 season as well in an attempt to reduce the amounts of injuries sustained during kickoff. No actual contact must be made for the foul to be called on a group of blockers. The simple act of forming the wedge with the intention to block is enough to warrant a penalty.

The result of an illegal wedge penalty in leagues that recognize it is 15 yards. 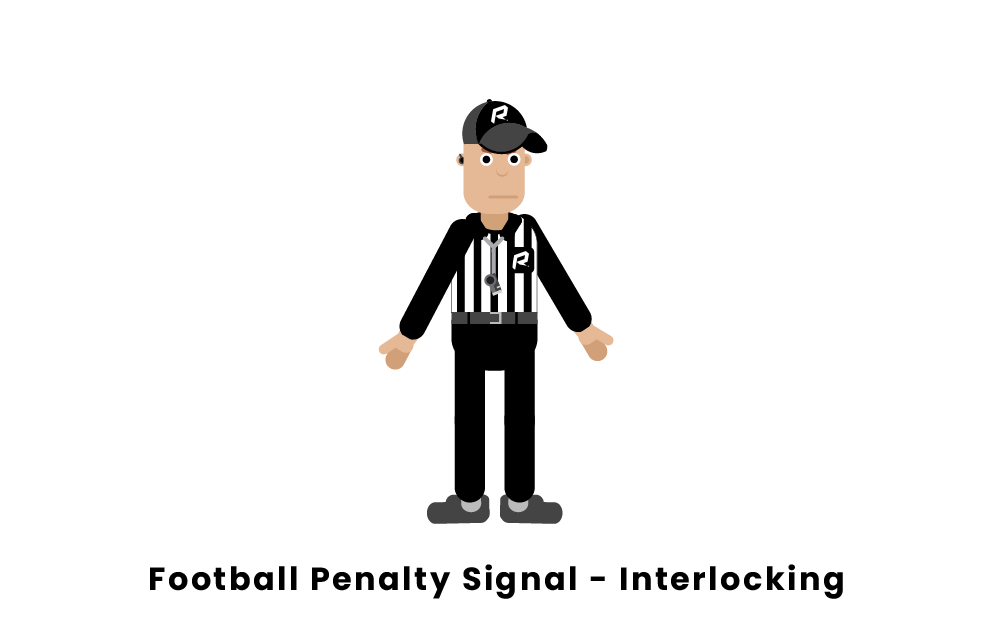 When illegal wedges are called, referees use a pushing movement of their hands to the front with their arms down and palms forward.

What is an illegal wedge penalty in football?

An illegal wedge penalty in football is called on the returning team during kickoffs when two or more players block in formation. An illegal wedge occurs when two players deliberately line up shoulder-to-shoulder within two yards of each other and move forward together. The wedge used to be a major part of kick return strategy in the NFL, but it was outlawed in 2009, leading to the creation of the illegal wedge penalty.

Why was wedge-blocking made illegal in football?

Wedge-blocking was made illegal in football due to the high potential of injury that comes with it. Because the wedge involves many players linking together to form a barrier, it is a highly effective technique, but the impacts between the wedge and any “wedge-busters” who try to break it up are quite forceful and can easily lead to injury. For that reason, the NFL made wedge-blocking illegal in 2009, with the NCAA following suit one year later.

What are the consequences of an illegal wedge in football?

In both the NFL and the NCAA, an illegal wedge block results in a 15-yard penalty. This 15-yard penalty is applied at the end of the play and typically given from the spot of the foul. It is important to note that this penalty occurs even if the players who link up to form the wedge never contact a defender.

What is the difference between an illegal wedge and a flying wedge?

In football, an illegal wedge and a flying wedge are similar but occur in different scenarios. An illegal wedge is a type of block that can occur on a kickoff return, where the kicking team links multiple players together to form a barrier against the receiving team. A flying wedge, on the other hand, is a formation that was formerly used by offenses in football, where the offensive line would form a wedge and charge the defense to gain yardage. Due to the high number of injuries associated with wedges (and even some deaths due to the flying wedge), both wedge-blocking and the flying wedge are forbidden in football.