Football Illegal Use Of Hands Penalty 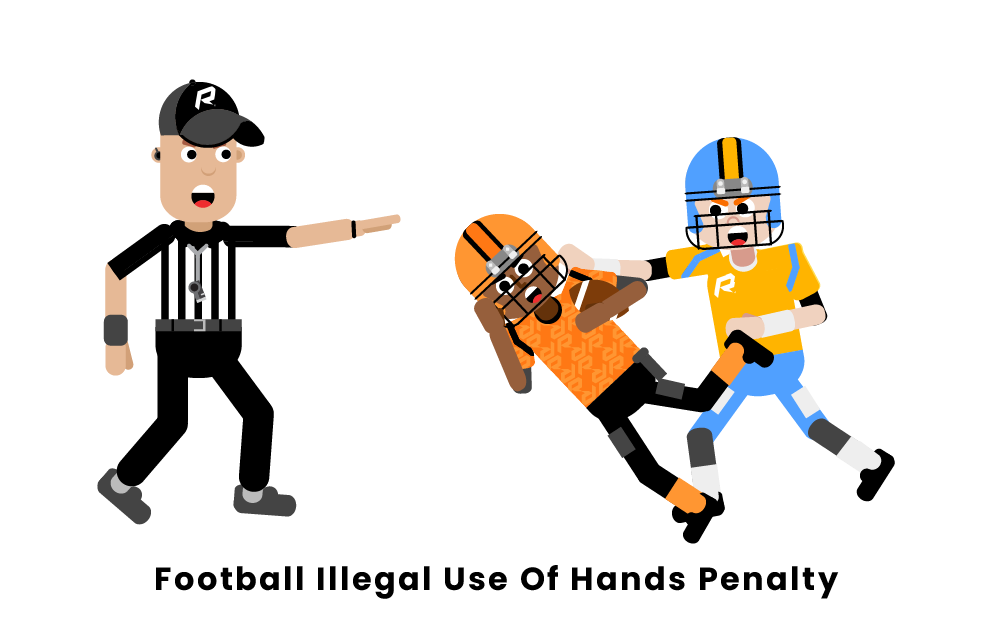 A penalty for the illegal use of hands in football is when either an offensive or defensive player deliberately places their hand in the face of their opponent. The penalty can also be called if the hand is near the neck area. The repercussions of this penalty are greater for the defense than for the offense.

Illegal use of hands usually occurs near the line of scrimmage. Illegal use of the hands occurs when a player thrusts their hands above an opponent’s torso and makes forcible contact with their head, neck, or face. In order for the contact to be illegal use of hands, an official must determine it to be either direct and forcible or prolonged. Both offensive and defensive players can commit this foul.

Illegal use of hands typically occurs right after the snap, as players are trying to block or evade getting blocked. Hands sometimes slip and land in areas that are illegal, and this foul can be committed unintentionally.

The main reason illegal use of hands is enforced is for safety reasons. Because the head and neck areas are so sensitive, they can be injured easily. Thus, avoiding such injuries is a top priority for the NFL in all aspects of play. Fairness is also considered when calling this penalty, as players can gain an unfair advantage by putting their hands into an opponent’s face.

If committed by the offense, illegal use of hands results in a 10-yard penalty from the spot of the ball, with the down replayed afterward. On the defensive side, the penalty in the NFL is only five yards, but the offense is also granted an automatic first down. In all other leagues, the penalty is 10 yards on both sides of the ball, with an automatic first down if committed on defense. Drawing an illegal use of the hands can be an unfortunate mistake for the defense, especially if they were one down away from a three-and-out. 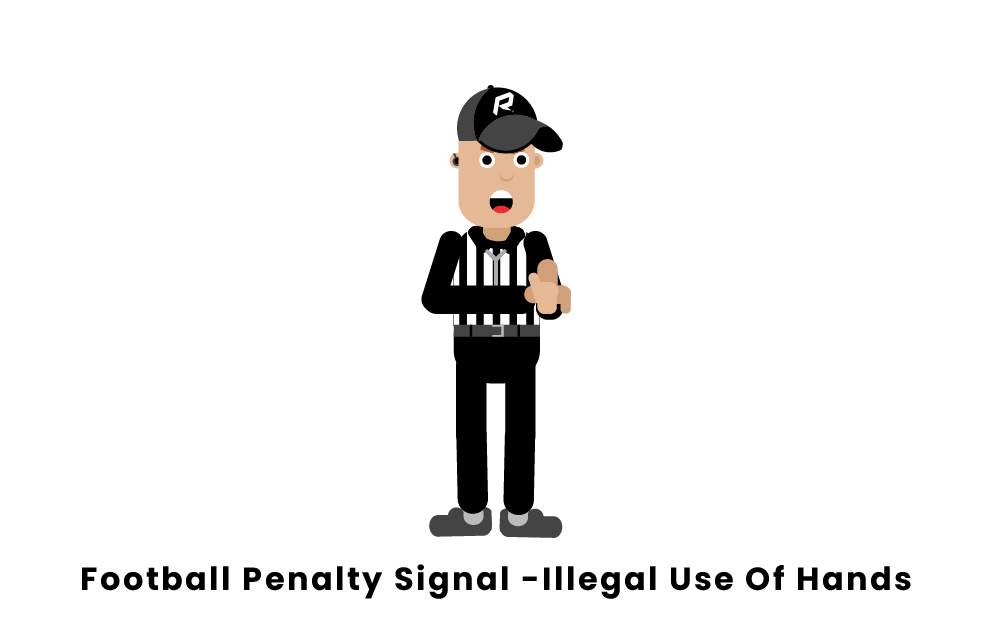 The signal for an illegal use of hands penalty is performed by placing one hand over the opposite wrist and extending the covered arm outwards in a pushing motion.

Similar Penalties To Illegal Use Of Hands

What is a hands to the face penalty in football?

What is the difference between illegal use of hands and a facemask?

Pages Related to Football Illegal Use Of Hands Penalty