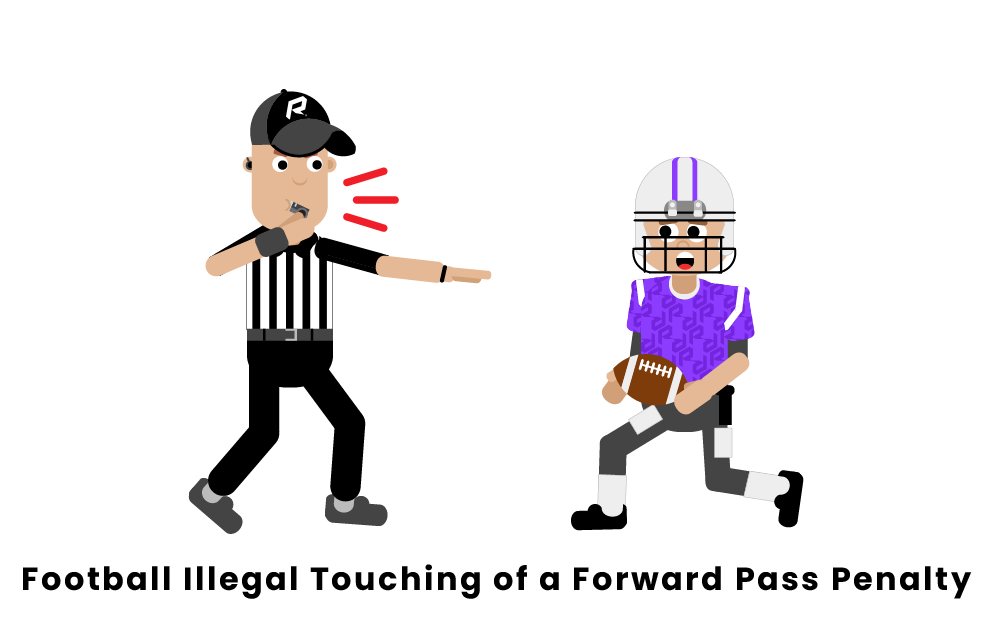 Secondly, an offensive lineman can be deemed ineligible on the field, making him not allowed to catch the ball. You will hear the referee indicate if any lineman on the field are eligible receivers before the play starts. If a lineman is not eligible and catches a pass from the QB, he will be flagged. On batted passes, linemen are allowed to catch the ball since the ball was contacted by the defense.

Also, the play does not stop when an illegal touch is made. If the play continues and the defense creates a turnover, they can simply decline the penalty and take possession of the ball.

Even if a receiver is pushed out of bounds by a defender, he cannot come back in bounds and contact the ball. This will still be grounds for an illegal touch of a forward pass. This rule is in place because once a player is out of bounds he is considered to be not within the field of play. This means they cannot be involved with the ball directly. On plays like punts, players on the kicking team can still make a tackle after going out of bounds, as long as they return in bounds as fast as possible.

The result of an illegal touch of a forward pass varies among different leagues. In the NFL, NCAA, High School, and AFL, they all utilize a 5 yard penalty. The NFL also gives a loss of down penalty if the receiver touches the ball after being out of bounds. In the CFL, the penalty for an illegal touch on a pass is 10 yards. 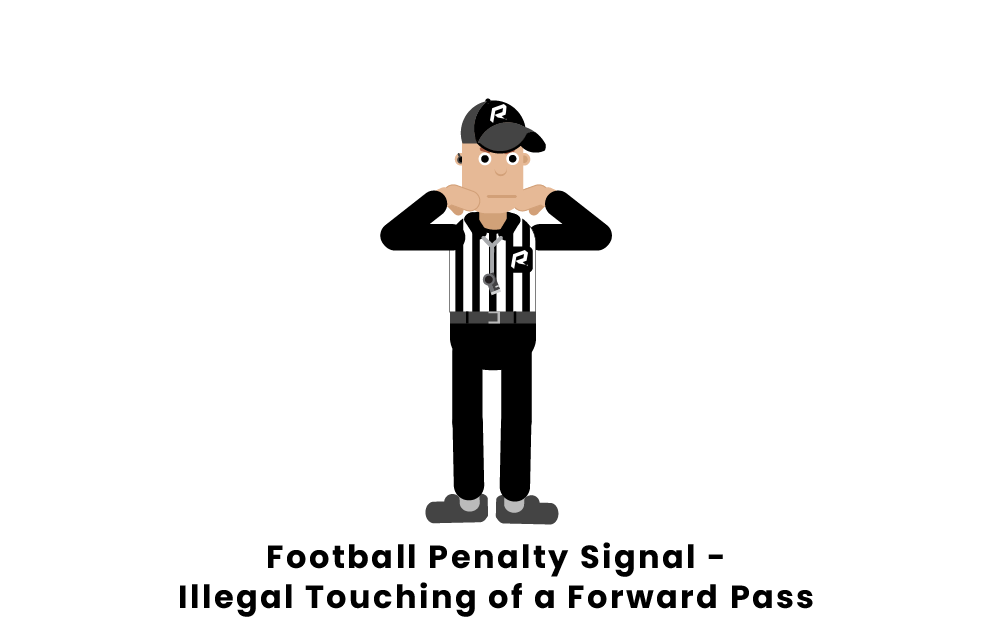 Similar Penalties To Illegal Touching of a Forward Pass