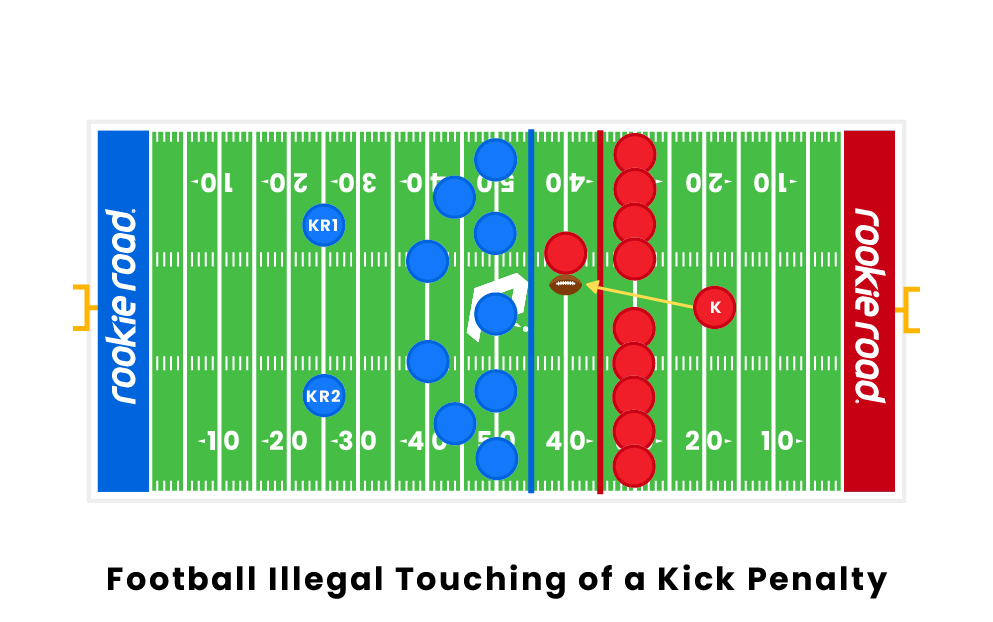 An illegal touching of a kick penalty usually occurs late in the game. This is because they happen the most during an onside kick. Illegal touches technically also are created in punt situations, but a penalty is never thrown on that occasion. If you want your team to have a chance for a comeback, make sure you do not illegally touch the ball on a kick.

The main occurence for an illegal touch on a kick is on onside kicks. This is when a team is usually down by one score and is desperately trying to to get possession of the ball back. Once the onside kick is in play, the ball has to travel 10 yards in order for the kicking team to try and recover it. These 10 yards are signified by the receiving team's restraining line.

If an athlete from the kicking team touches the ball in any way before it reaches the restraining line, it will be deemed an illegal touch. Indirect touches apply, so the kicking team must be mindful of where the ball is at all times during the kick.

There is another type of illegal touch on the kick that results in a different type of penalty. If a player from the kicking team steps out of bounds and then is the first to touch the kick, regardless if they got back in bounds or the ball went 10 yards, the kick will be deemed as a free kick out of bounds. This penalty is much more substantial than a mere illegal touch.

The illegal touch penalty is important because it gives the receiving team enough time to prepare and properly handle the onside kick. Since the kick is in close contact with both sides, it needs to be balanced, which is why the 10 restraining line was established. 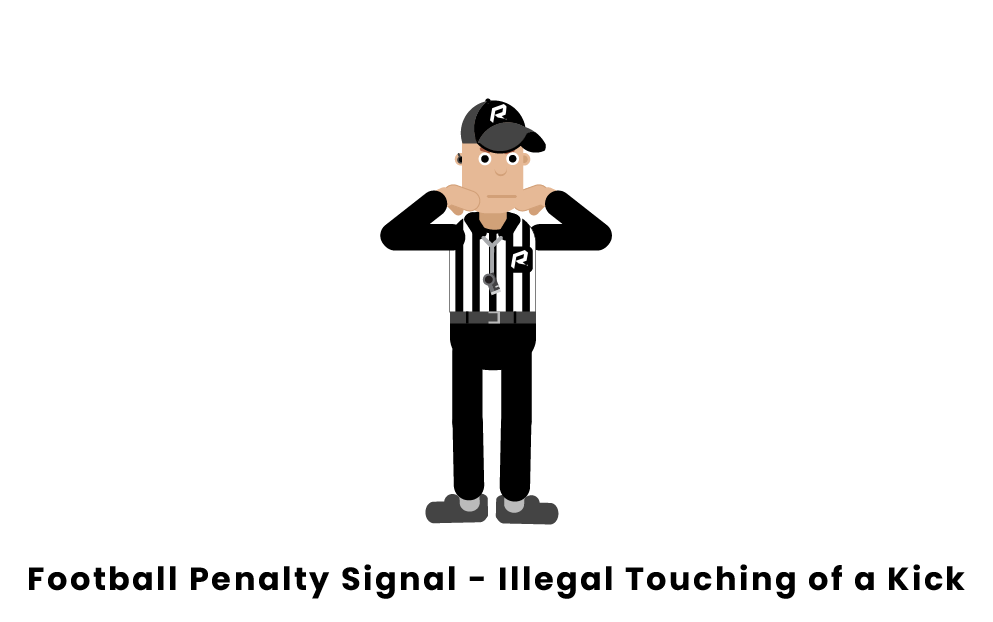 The signal for an illegal touch on a kick is directed by pointing both hands to the shoulders, up and down signaling a touch. The referee will also point to the side of the offending team, always the kicking team, by using an outstretched arm.

Similar Penalties To Illegal Touching of a Kick

Pages Related to Football Illegal Touching of a Kick Penalty