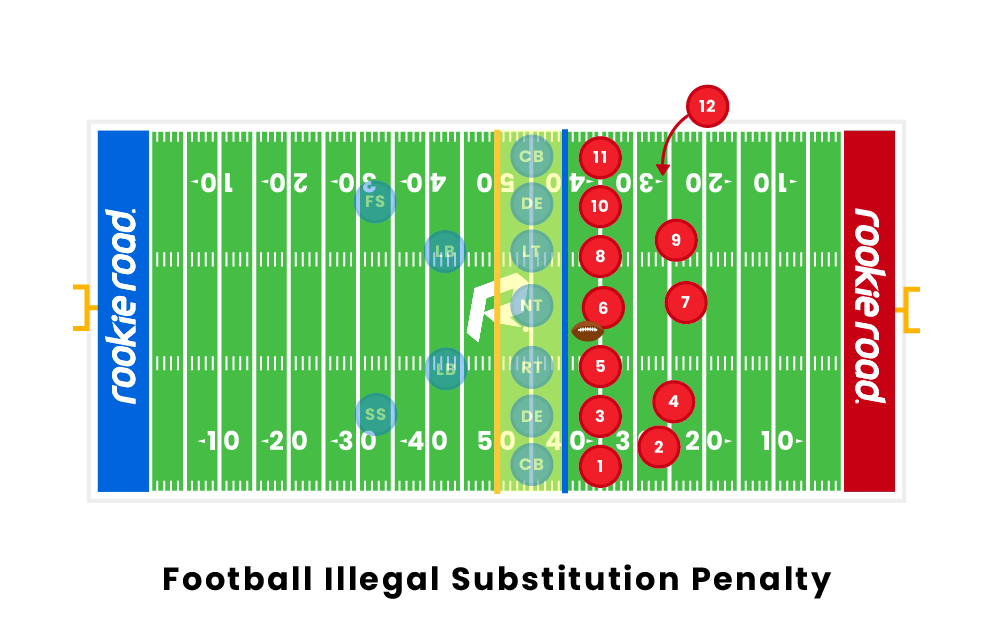 Penalties can make or break a football game for one particular team, which is why it's important for football players to understand each penalty and its consequences. An illegal substitution penalty will be called when a team has too many players on the field due to a player failing to make a substitution. This would give the team an unfair advantage compared to their opponent that has the proper number of players on the field. 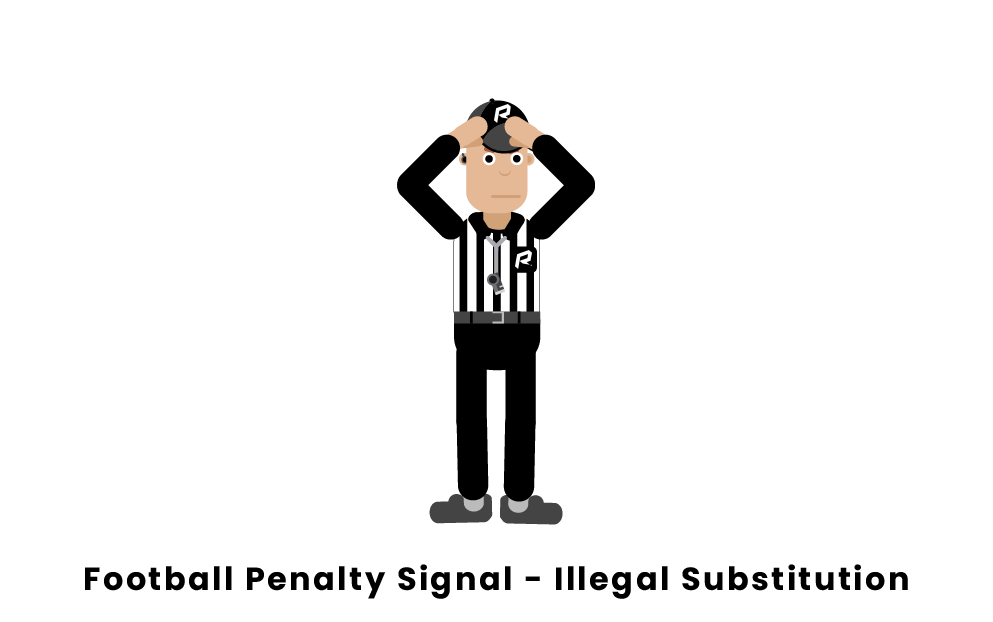 In football, the referee's signal for an illegal substitution penalty is both hands on top of their head with palms facing downwards. This motion is consistent across all levels of the sport from high school to professional. The same signal is used for the illegal substitution, 12 men in offensive huddle, too many men on the field, or illegal participation penalties.