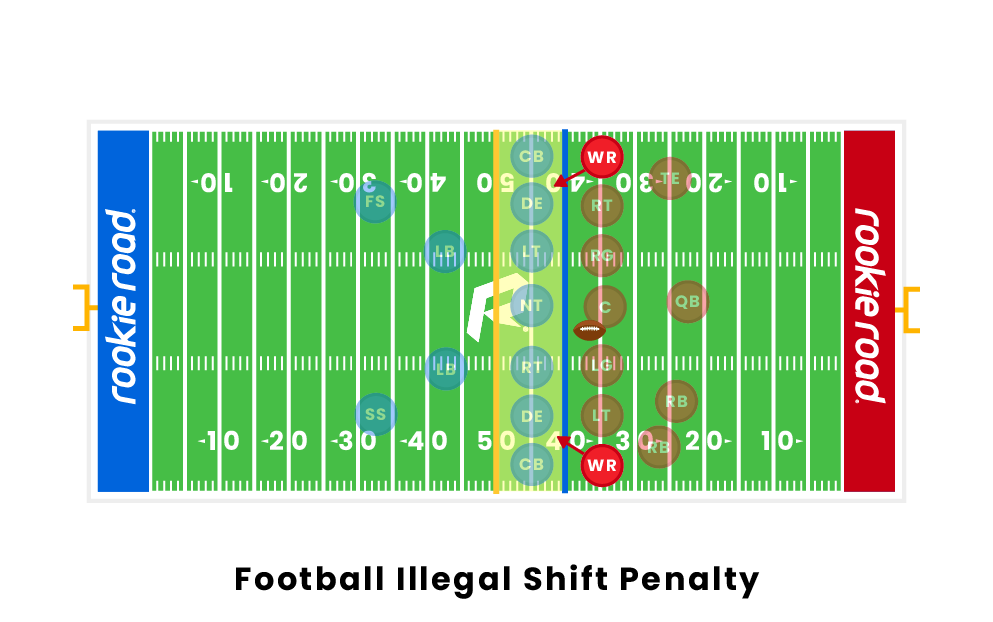 When two or more offensive players are moving prior to the snap, it is considered a shift. When a singular player is moving before the snap it is called motion. The offense has to be in a legal formation before and after shifts.

This penalty is also called if the player directly behind the center (most often the quarterback) does not come to a complete stop for at least one second before a second shift/motion occurs.

When an illegal shift is called, the result is a five yard loss for the offense. The ball is moved back five yards from the previous line of scrimmage. In the NFL, NCAA, and high school, the illegal shift penalty is worth five yards. However, in the CFL and AFL illegal shifting is not considered a penalty. 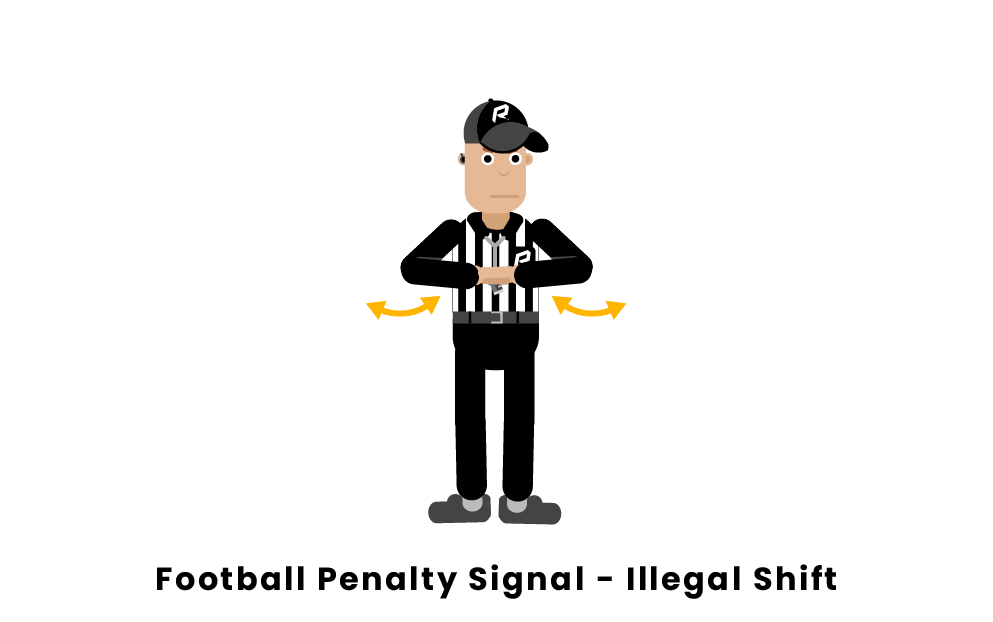