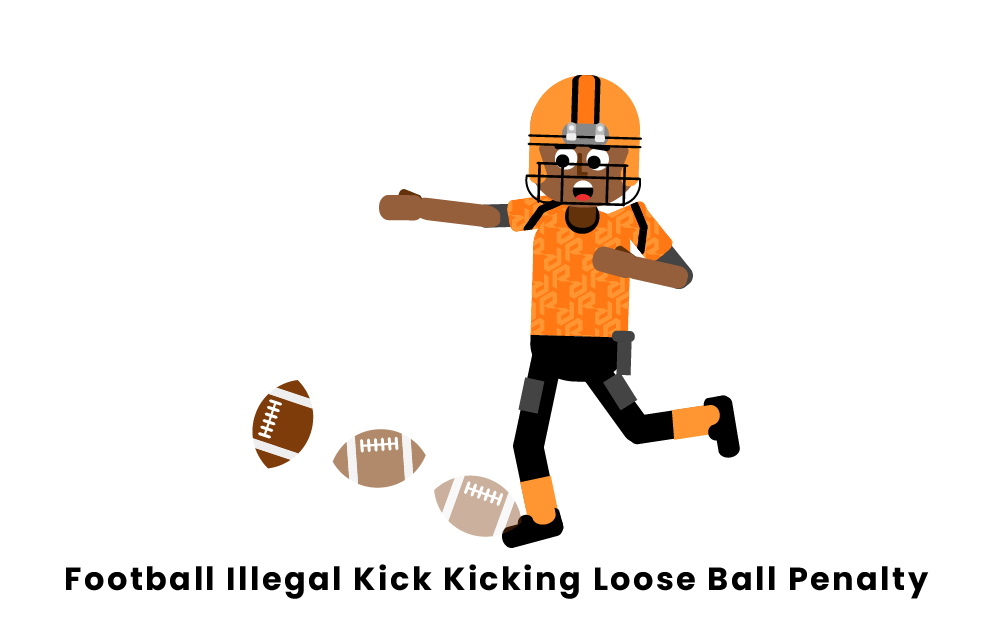 An illegal kick on a loose ball is very similar to an illegal bat in football. Most often this event occurs during a fumble (live ball) or in special teams situations. Some punters are known to kick the ball out of bounds in order to prevent a touchdown for the opponent.

Illegal kicks of a loose ball most often happen during fumbles. They are fairly rare but are almost always worth taking the penalty. For example, if a punter misjudges the snap and the ball goes into the endzone, he can kick it out and now allow the opponent to recover the ball, which would result in a touchdown. Instead, the penalty will be called in addition to a safety, only awarding the opponent 2 points. This penalty is often committed on purpose in order to keep the score closer even though the possession is lost.

The kicking of the loose ball also has to be deliberate in nature, or the penalty may not be called. For example, when players are fighting to recover a loose ball, a player may accidentally kick the ball upfield while trying to reach down and grab it. A penalty will not be called for an illegal kick because it was not intentional.

This penalty was put in place in order to not allow teams to gain a competitive advantage by possibly affecting the fair recovery of a loose football during a play. Giving both the offense and defense a chance to recover the ball with their hands on the ground is the goal. Kicking the ball to another teammate would give an advantage and manipulate the outcome of the play.

An illegal kick of a loose ball will cost your team 10 yards. 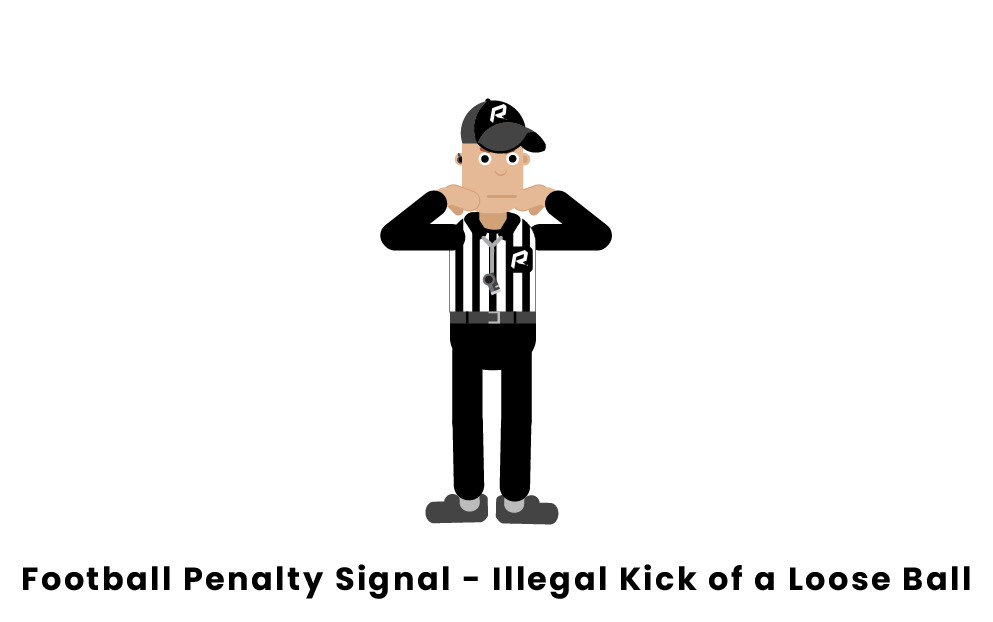 The penalty signal for an illegal kick of a loose ball is the same as an illegal bat, but has one added step. After pointing to one shoulder, the referee will point towards his toe in order to signify the illegal touch was in fact a kick by either the offense or defense.