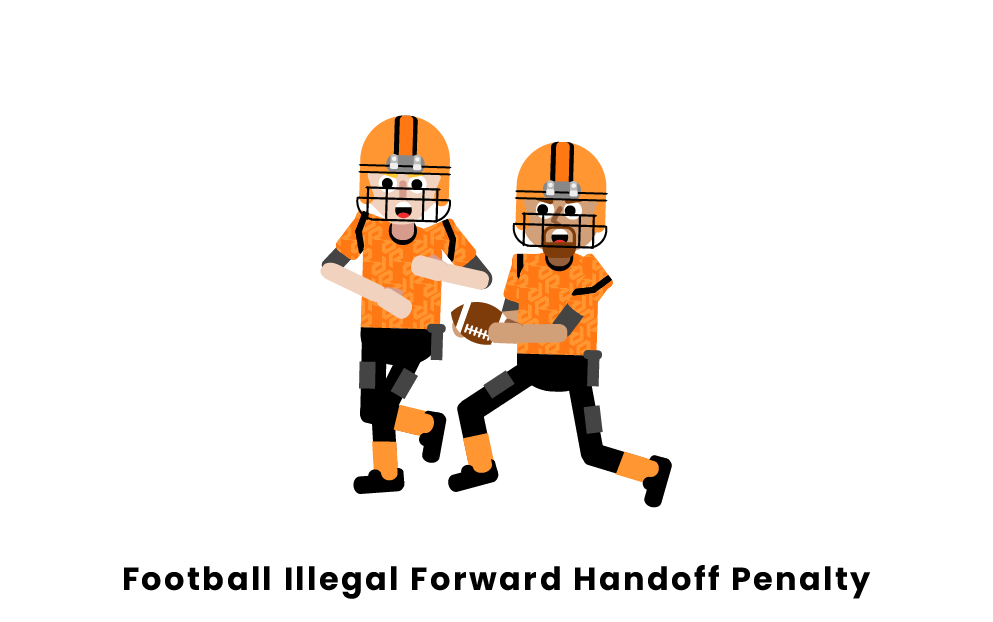 In football, a player on the offense is permitted to throw the ball forward only once during a play. Once the ball has been thrown forward (from behind the line of scrimmage) it can not be thrown or handed off forward. If a player gives the ball to a teammate who is in front of them after a forward pass, this is known as an illegal forward handoff. The result of the play is a five yard penalty from the original spot of the ball on the offense.

If a player catches a forward pass, they can only attempt to give the ball to teammates via backwards passes or a lateral. This is commonly seen late in the game when a team is too far from the end zone to throw a hail mary, but if a handoff is given to a player who is in front of the ball, an illegal forward handoff penalty will be called. Players on the professional level typically have enough awareness to not commit this penalty, making it one of the more rare calls to be seen made. However, when it does happen it is usually clear and obvious to the referee and an easy call to make.

An illegal forward handoff in football will result in a five yard penalty on the offense. This penalty can not be called on the defense, as defenders do not have the opportunity to pass the ball. The five yard penalty is deducted from the original line of scrimmage. It is not a very costly penalty, but it is one you do not want to see called on your team. 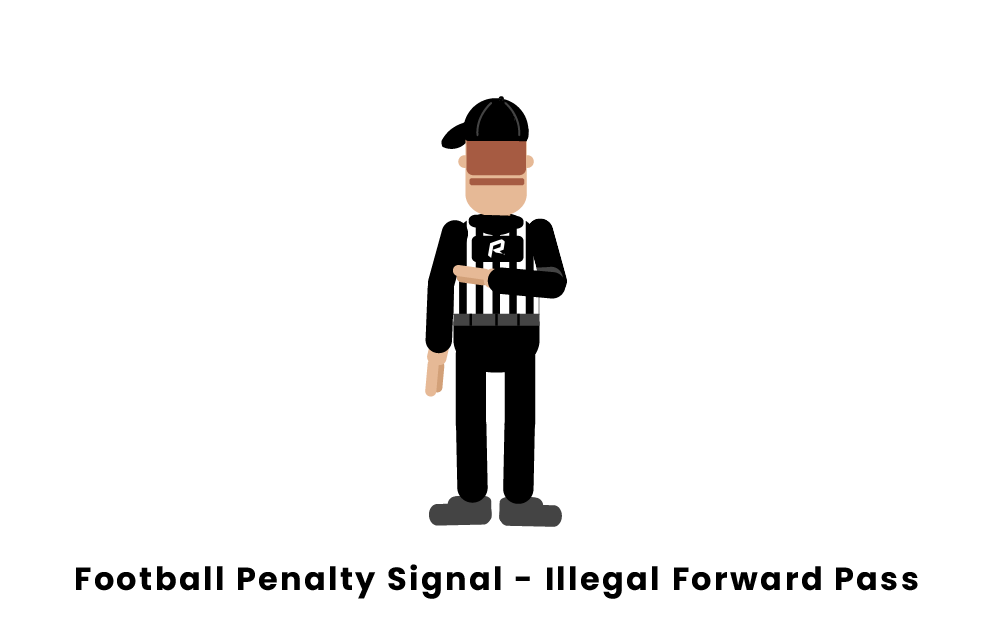 When calling an illegal forward handoff, the referee will put their right hand behind their back and keep their left arm at their side to signal the penalty.