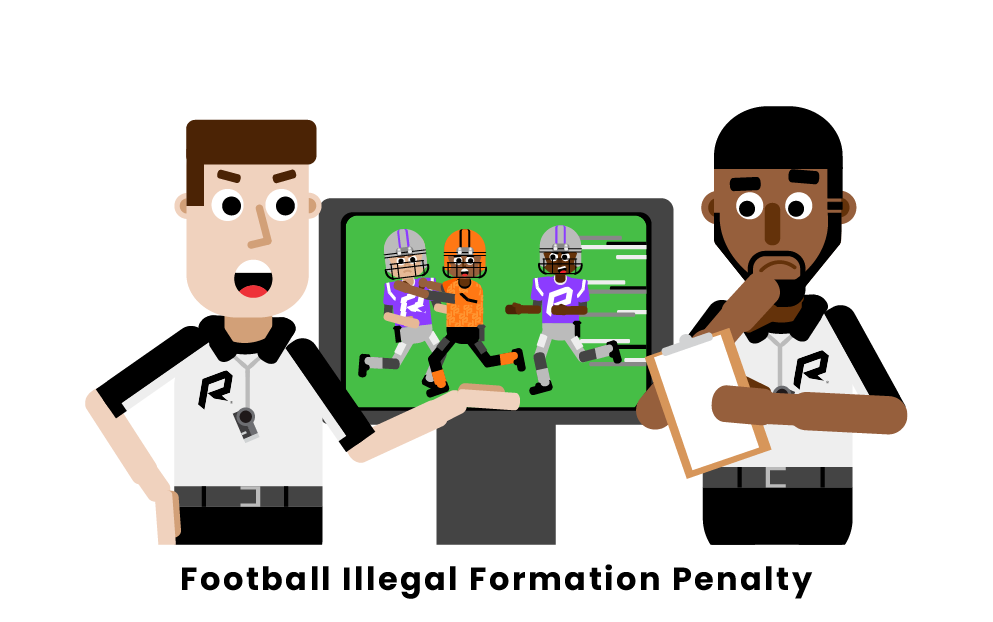 Football is a very creative sport where offenses use many different formations to try and move the ball downfield to score a touchdown. However, there are certain regulations they must follow while lining up. Learn about the illegal formation penalty here!

If the formation is illegal, the officials will throw the flag at the beginning of the play and regardless of what happens on the play, a five-yard penalty will be assessed to the offending team and include a replay of the down. The five-yard penalty is universal across all football leagues and is referred to as "illegal procedure" in the CFL.

Additionally, in the NFL, when there is less than two minutes left in the game and the offense commits an illegal formation penalty, there will be a 10-second runoff from the game clock. The same runoff rule applies to the CFL and the AFL and can end the game.

This same clock runoff rule applies in college football as well. However, it is not automatic, the offense has the option to call a timeout to negate the runoff.

High school football does not have a 10-second runoff rule.

This heads up play by Cleveland Browns receiver Jarvis Landry saved his team from losing the game. Had he not gotten his teammate aligned properly, the Browns would have been hit with an illegal formation penalty and the 10-second runoff rule would have ended the game.