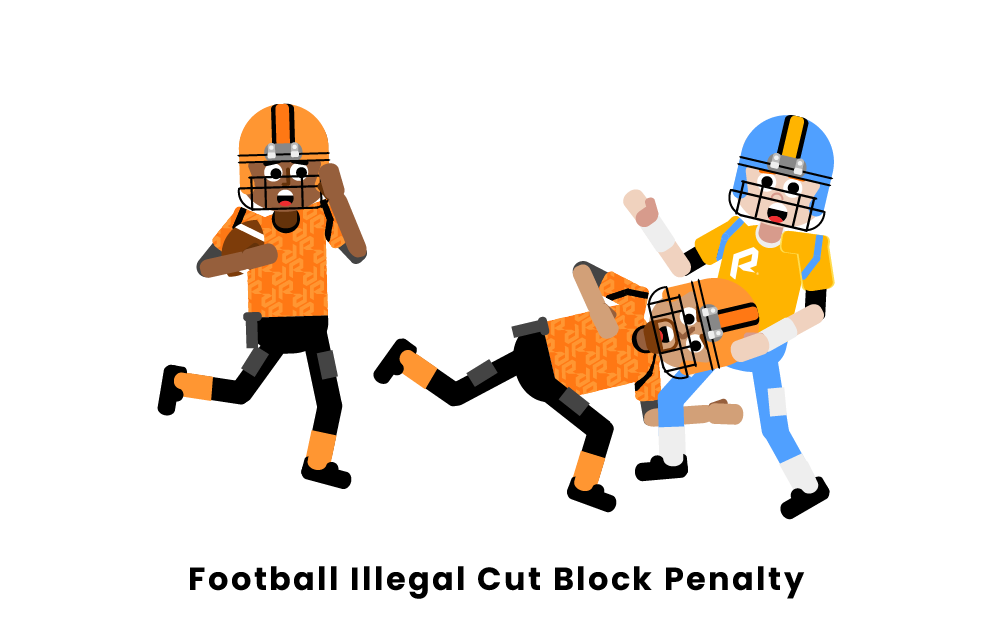 Certain types of blocks in American football have very specific regulations. Rules for blocking are intended to make the game less dangerous for all players on the field. Learn about the illegal cut block penalty here.

It is common for players, specifically offensive lineman, to block below the waist as the play starts. When offensive lineman do this, it is called a cut block. In football, cut blocks are legal in some situations and illegal in others.

Although cut blocks result in a penalty in the above circumstances, they can be used legally in other scenarios. For example, restrictions on cut blocks end once the quarterback shows no further intent to pass the ball by executing a handoff, making a pass, or running the ball themselves, allowing cut blocks to be used legally.

When the official sees this penalty occur, they will throw the flag and the penalty is assessed from the spot of the foul at the end of the play.

The illegal cut penalty looks different across several leagues. For example, in the NFL, cut blocks are common when plays are on the perimeter of the field. Often, lineman will pull out in front of the ball carrier and execute cut blocks downfield. Skill position players may cut block as well.

In college, players may not block below the waist unless they are offensive linemen that are initially lined up inside of the tackle box. Additionally, in college, once the ball has left the tackle box and gets to the perimeter, players can no longer perform a cut block.

In NFHS (high school football), players are not allowed to cut block at all. This ruling exists because there is an increased effort to minimize risk of injury especially in sports played by young people. As such, multiple types of blocking, including cut blocking, are banned in high school football even if they are allowed in higher levels of play. 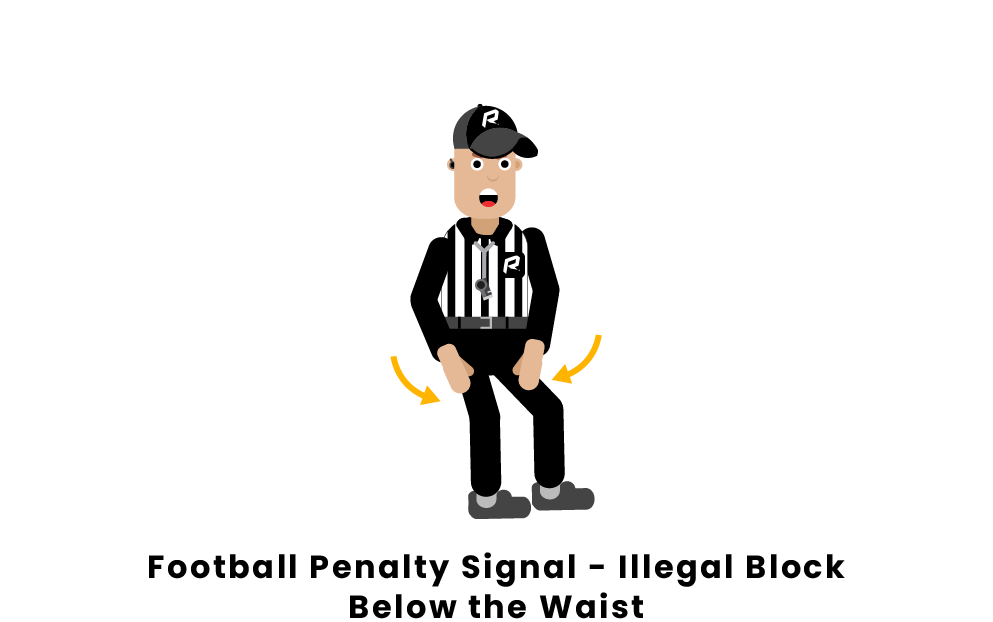 When a player illegally blocks below the waist, the referee will throw a flag and signal the penalty after the play by striking the front of their thighs, as illustrated.

What is an illegal cut block penalty in football?

An illegal cut block penalty in football is when a player blocks an eligible receiver below the waist when they are lined up two yards outside of the offensive tackle. A cut block is not always illegal in football, and is allowed in certain situations, such as in quick pass plays behind the line of scrimmage when the quarterback is meant to deliver the ball quickly. Illegal cut blocks result in a 15-yard loss for the offending team.

What is the penalty for an illegal cut block in football?

Can you challenge an illegal cut block penalty?

The NFL rulebook states that whether a block was or was not legal is non-reviewable, meaning a coach cannot challenge an illegal cut block penalty. Both illegal contact with receivers and illegal blocks are non-reviewable. Neither the coach or replay official will be able to review the call on the field.