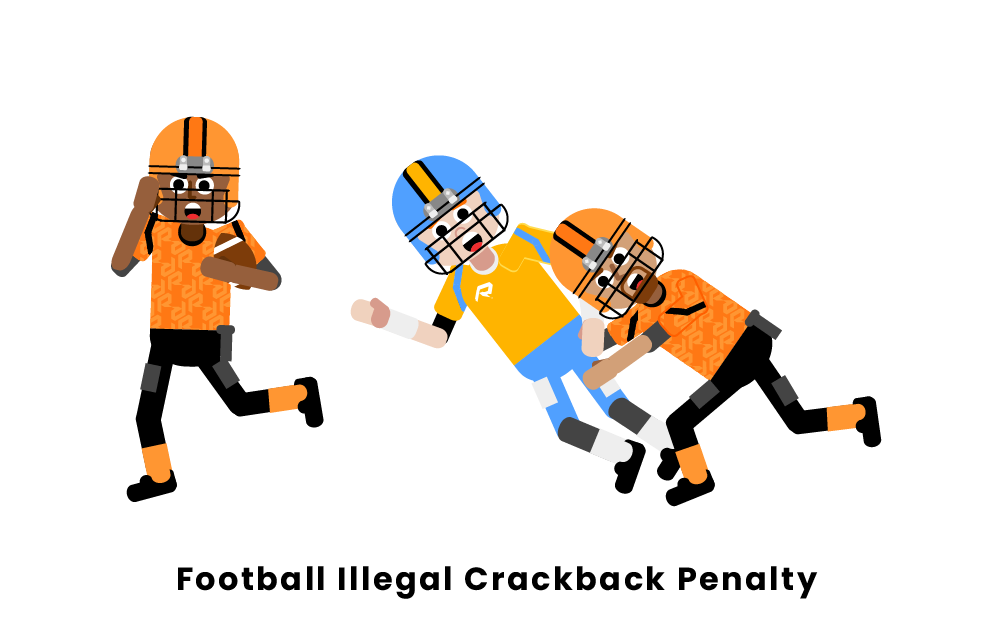 An illegal crackback penalty is called on an offensive player in football when a crackback block is not executed properly. Crackback blocks are a strategy used in football, most often by receivers, to free up the edge for a running back. The receiver begins wide and then runs back towards the ball after the ball has been snapped.

In the past, players were allowed to completely take out defenders in order to commit a successful block and free up the edge for their running back or ball carrier. This resulted in countless injuries to defenseless defenders who were blindsided by the hit. This penalty was created to protect defenders.

When an illegal crackback penalty is called, the result is 15 yards. This means that the offense is moved back 15 yards from where the previous play began. 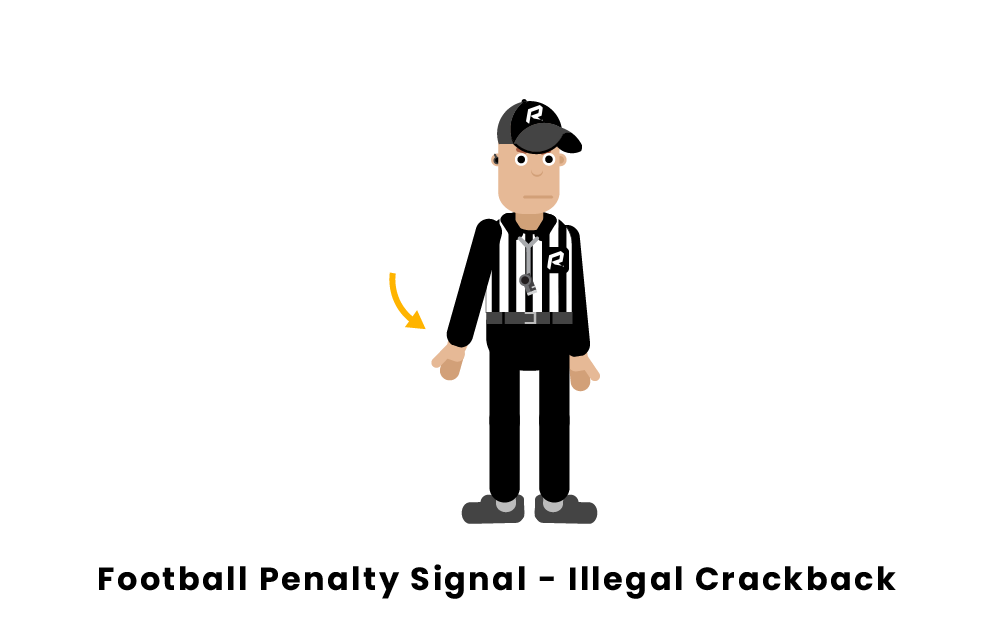 When an illegal crack back penalty is called, the referee uses their right hand to signal the penalty. The referee opens his right hand, so that their palm is facing outwards, extends their arm out laterally, and then moves it directly down against their thigh.