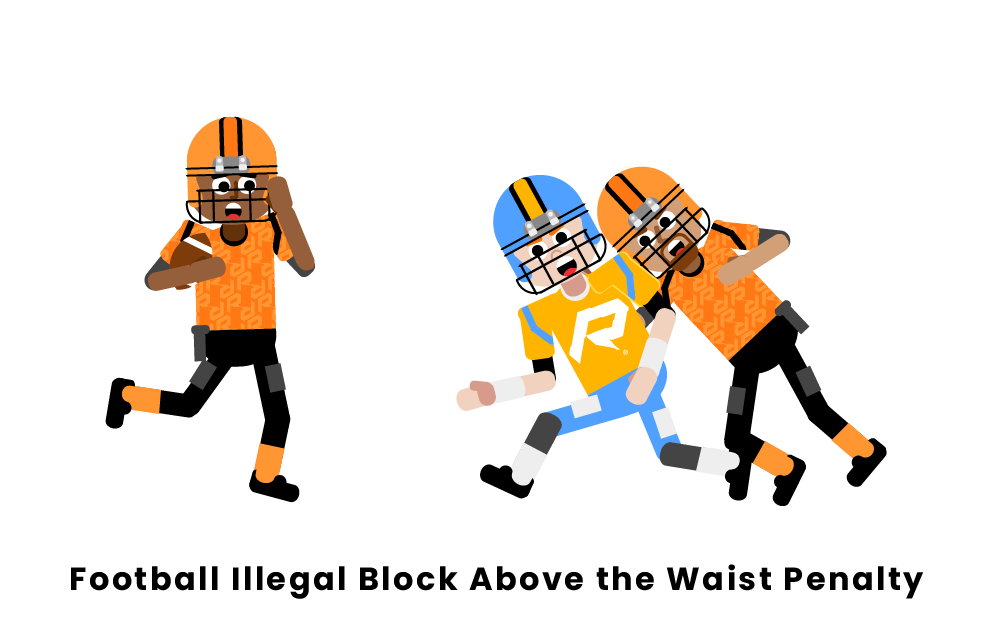 Also known as the illegal block in the back, this penalty typically occurs on a kick or punt return and is committed by a player on the team that is returning the football. This play can occur while the offense is on the field as well, but it is a lot less common. This will result in an illegal block above the waist penalty.

An illegal block above the waist occurs when a player blocks an opponent above the waist and on the opponents back. This block affects the movement of the opposing player and the referee will throw the flag. This penalty is most common on kick-offs and punts and is also called an illegal block in the back. It is common for the gunners, who are the players who run to help block the player returning the ball, to get outrun by the gunners who are trying to tackle the returner on the other team. As a last chance effort to protect the returner, a player on the return team might push the player on the kicking team in back which will impede the movement of the opposing player. This is an illegal play because the player that is being pushed has no way of seeing the block and the referee will call the penalty for an illegal block above the waist.

In all leagues of play the result of this penalty is ten yards. This play normally will happen before the offense takes the field because this penalty occurs during a kickoff or punt return, so the referee will move the ball ten yards in the negative direction from the spot of the foul and the offense will start their possession with a first and ten. If it occurs during the play, it will be a ten yard penalty and the team will replay the down. 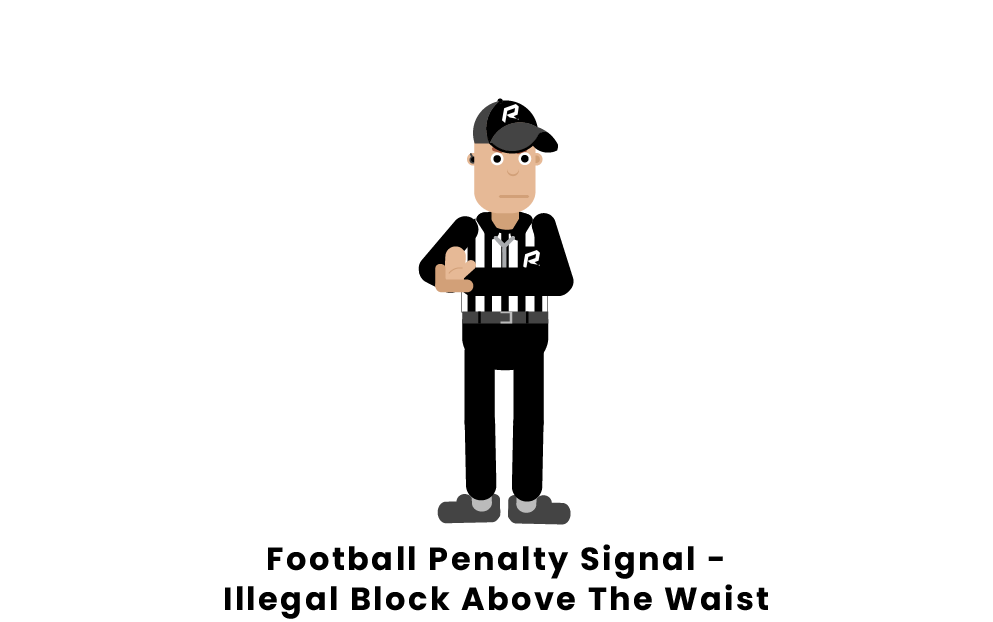 Similar Penalties To Illegal Block Above The Waist

Pages Related to Football Illegal Block Above The Waist Penalty