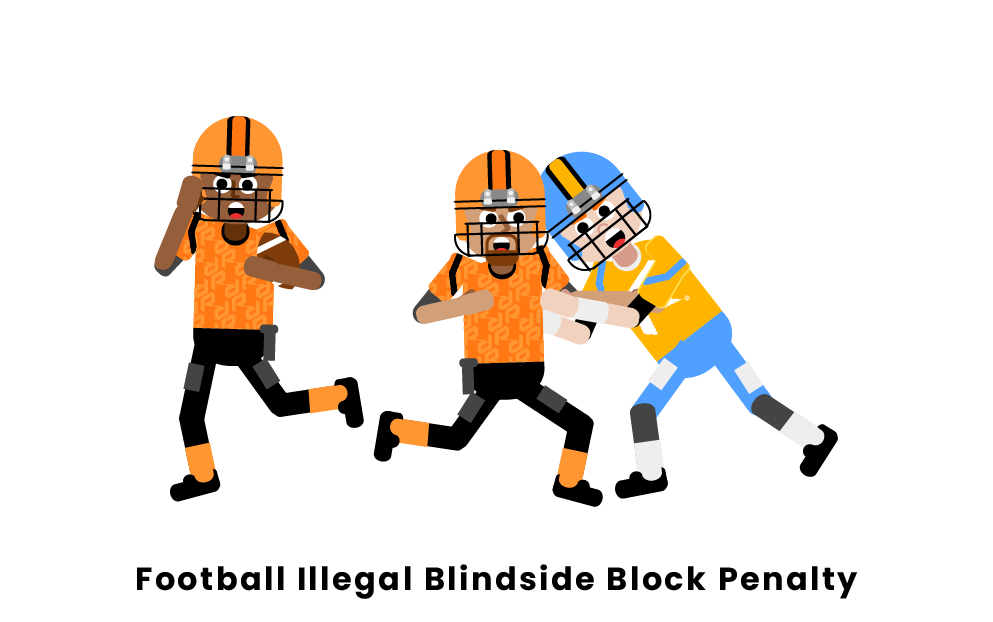 A blindside block in football occurs when a player blocks someone who is either not looking at them or in the direction away from the action of play. These blocks can be extremely dangerous and lead to serious head injuries. Due to its great risk, this type of block was eliminated from legal play in 2019.

These types of blocks have always been dangerous but were legal up until the 2019 season. Owners chose to eliminate this block from the game because it was very unnecessary and led to many serious and avoidable injuries. The most common injury associated with a blindside block is a concussion.

This block is performed when a player down the field is attempting to clear space for the ball carrier who is behind him. He will generally run in the opposite direction of his teammate in order to block a defender chasing down the ball carrier. The rate of speed and opposite directions between the two who create the blindside block is often to a very high degree. Blindside blocks have not occurred as often since the rule change, making it mostly a success in terms of player health and safety.

While forcible blindside blocks that lead with the head, shoulder, or forearm are illegal, there are situations where players may block from the blindside in a controller manner without being penalized. For example, players may use their hands or bodies to impede a player's movement, as long as it is not done with force. If a blindside block is executed without force and it functions as more of a screen, no penalty has occurred. If the defender is able to brace for contact or initiates the contact themselves, it is also not considered an illegal blindside block. A blindside block will not be called if the block occurs in a close-line play, where the ball has not yet left the area. In short, this means the ball is still in the pocket at the time of the block.

An illegal blindside block will cost your team 15 yards. This is the maximum distance for a penalty, which shows how dangerous this type of block can be. Depending on how you executed the block, there is a possibility that you could even be ejected from the rest of the game. This often happens when the contact of the block was mainly with the helmet, a major factor in head injuries. 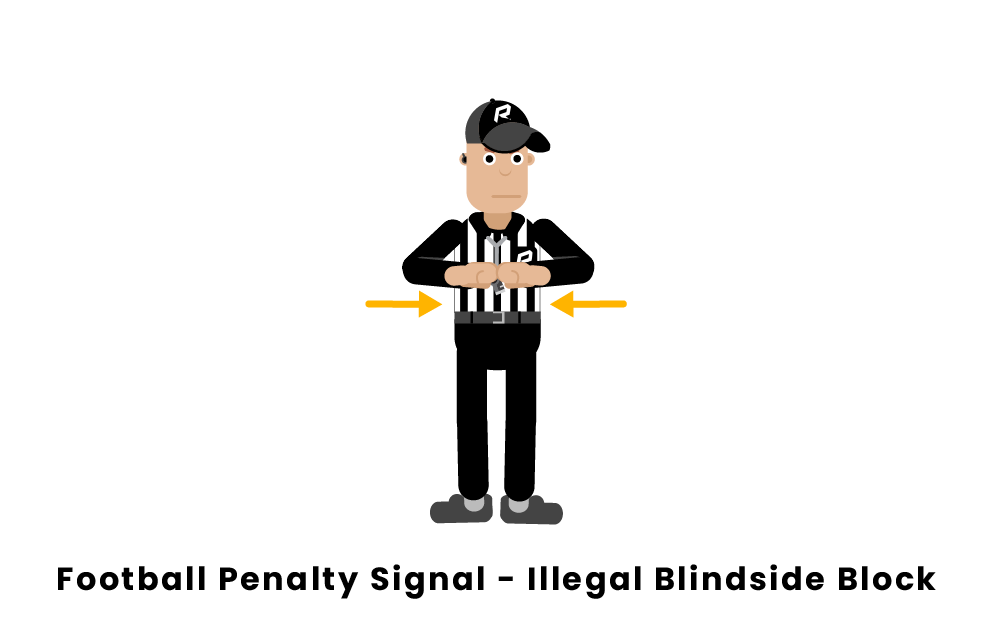 The signal for a blindside block is an imitation of what occurred during the foul. Two fists will be put together by the referee to illustrate how two players collided from different directions. The motion of the signal may also act as an indicator to how hard the hit was. The referee will also point to the side of the offending team.

When did blindside blocks become illegal in football?

In football, blindside blocks were made illegal by a new rule passed in 2019. Before this new rule, a player was allowed to block an opponent who was not looking at them or in the direction away from the action of play. Concerns were raised about the amount of head injuries due to these blocks, so an official ban was passed. Some commentators have taken issue with the vague language of “blindside” but the rule remains.

What is an illegal blindside block penalty in football?

An illegal blindside block is when a player makes a block while running towards or parallel to their own end line. These blocks are considered to be especially dangerous, as the player being blocked usually is unaware that they are about to be hit. Players are called for this penalty when they make contact with the shoulder, head, or forearm of the player they are blocking.