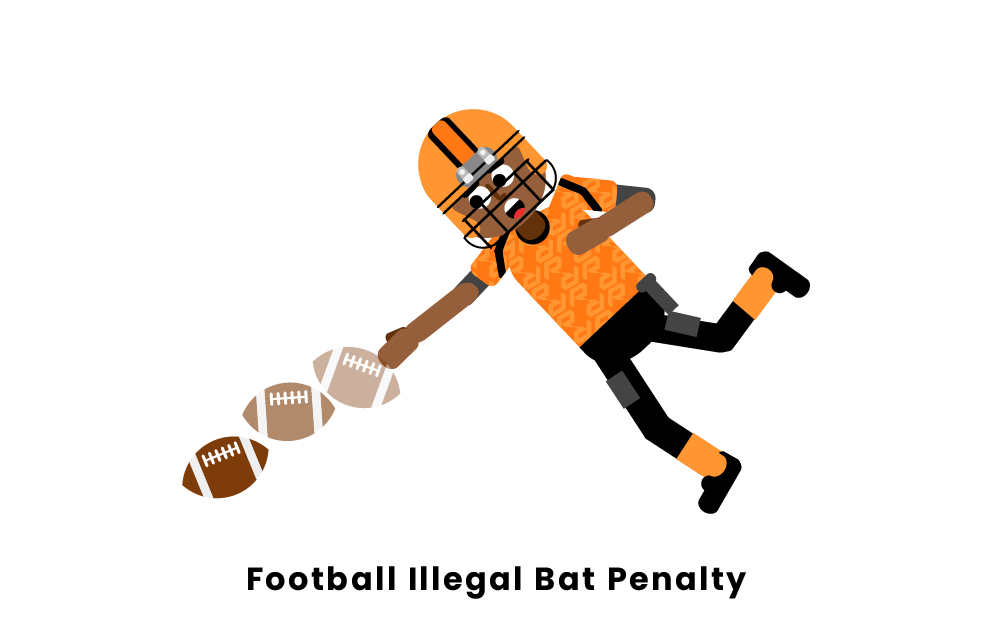 In football, an illegal bat occurs when a player intentionally punches or otherwise moves the ball while it is in play to create an advantage. These types of penalties often happen after a team has fumbled the ball. The main reason this penalty exists is to keep the live ball in a fair position for both teams to have the opportunity to recover it.

An illegal bat is defined as when any player bats or punches a loose ball in the field of play. This can occur anywhere on the field, including the endzones. Batted balls mostly occur during fumbles. Teams who are trying to recover the ball may miss the ball and then not gain possession. In these situations, a player who does not think he will be able to secure the ball may punch or bat it away from the opponent, giving another one of his teammates the opportunity to recover the fumble.

In the field of play, a ball cannot be batted towards the opponent’s goal line. While in the endzone, a player cannot bat or punch the ball in any direction. The final most common situation for a batted ball occurs when an offensive player bats a backward pass towards the opponent’s goal line. This situation occurs when the backward pass is still in the air.

The integrity of the game of football would be affected if the illegal bat penalty did not exist. Teams would have chances to manipulate how many times their team has possession of the ball, rather than earning it during a legal recovery. There are instances where there is accidental batting of the ball, where playing conditions may be slippery or recovery attempts fail. These are not recognized as illegal bats as they are not deliberate in trying to gain a competitive advantage.

An illegal bat penalty ranges in consequences among different leagues. In the NFL, a 10 yard penalty is given. College football also has a 10 yard penalty but also enforces a loss of down to the offending team. NFHS (High school football) utilizes the spot of the foul rule when dealing with an illegal bat by a player. 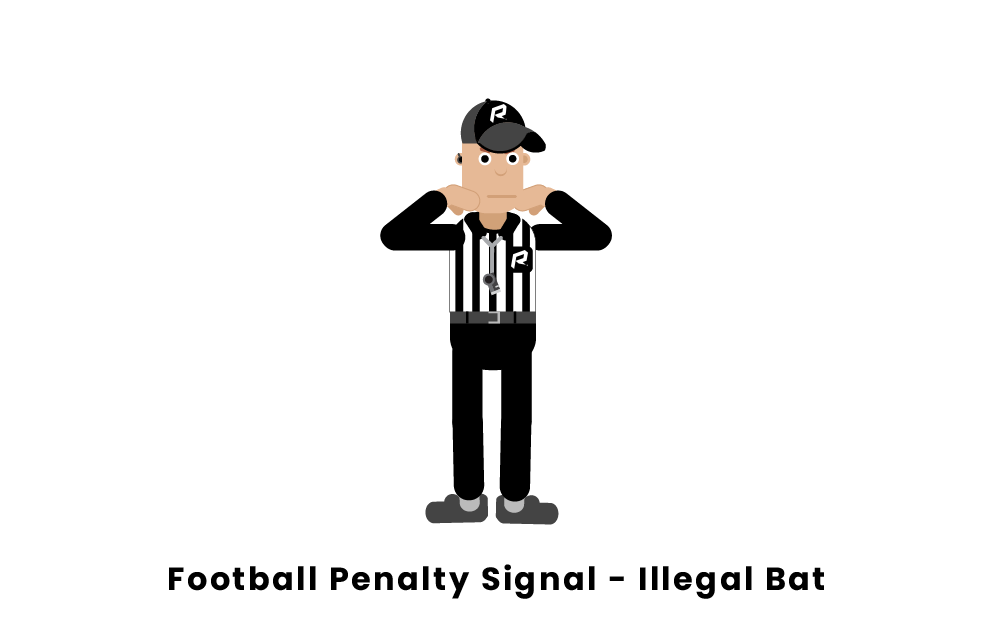 The signal for an illegal bat is shown by pointing to both shoulders. If dealing with an illegal kick, you will also need to add an extended toe in a kicking motion. The referee will also point with an outstretched arm to the offending team.

What is an illegal bat penalty in football?

In football, an illegal bat penalty occurs when a player tries to get an advantage by intentionally punching or otherwise moving the ball while it is in play. This penalty typically occurs after the ball has been fumbled and one team tries to take advantage of the situation by illegally moving the ball further than it would naturally land.

Can you challenge an illegal bat penalty in football?

An illegal bat penalty is considered non-reviewable in football, meaning it cannot be challenged by the coach. Non-reviewable penalties refer to those that neither the replay official nor coach can send to review. If an illegal bat is called on the field, the call will stand.

What is the penalty for an illegal bat in football?