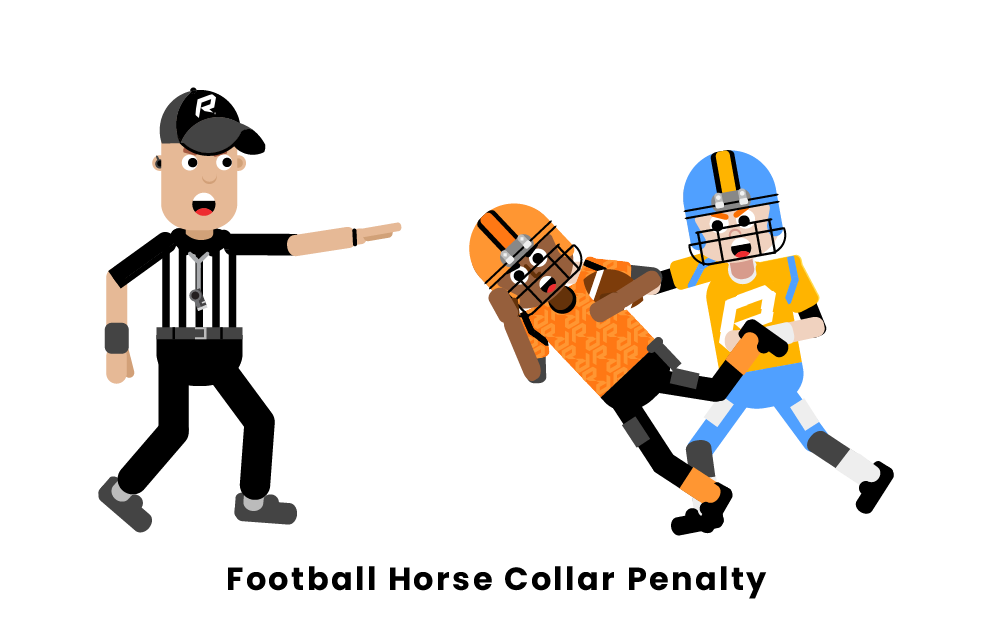 A horse collar penalty is called when a defensive player grabs another player by the inside collar of the back or side of their jersey or shoulder pads in an effort to bring them to the ground. The runner does not need to go to the ground for this penalty to be called as long as there is an attempt to bring them down. If the ball carrier’s knees simply buckle due to this illegal act, it is a penalty for the offender. The result of this penalty in the NFL is a personal foul, a loss of 15 yards, and an automatic first down.

A defensive player can grab the upper back side of a runner’s jersey without being penalized at the referee’s discretion. This can occur if the defender releases the jersey quickly without pulling on it, thus offering little or no risk to the ball carrier. Notably, it is also not illegal to perform a horse-collar tackle on a quarterback who is in the pocket. 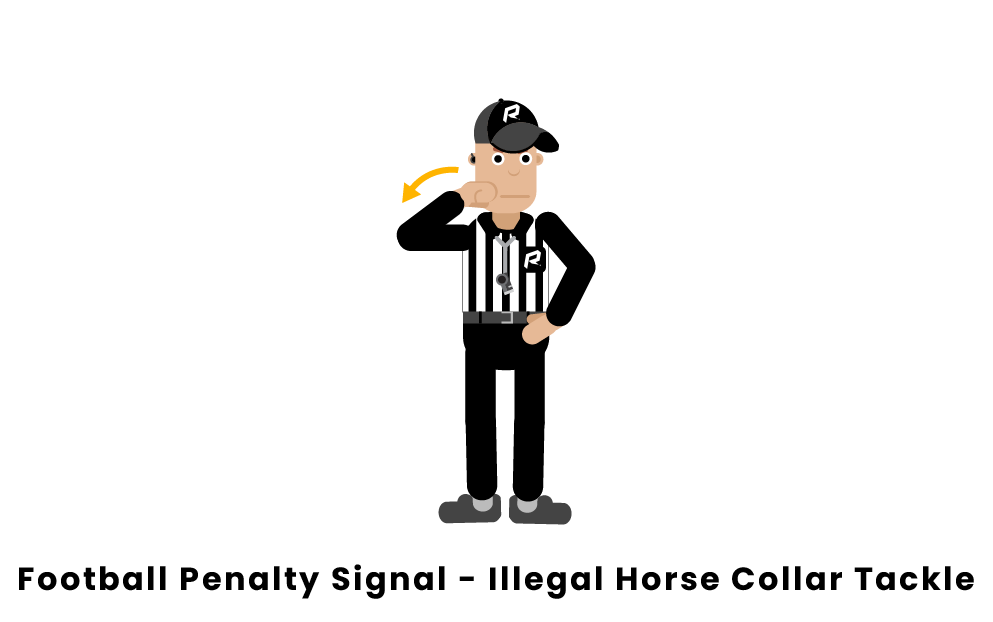 To signal a horse collar penalty, the referee will make a fist with their hand, raise their fist toward their collar, and make a downward pulling motion.

What is a horse collar penalty in football?

A horse collar penalty in football is a 15-yard penalty assessed for tackling a runner by grabbing them by the side or rear collar of their shoulder pads or jersey. In order for the foul to occur, the offending player must pull the other player toward the ground, although they are not required to be tackled. A horse collar penalty is a personal foul, and it results in an automatic first down.

Can you horse collar tackle anyone legally in the NFL?

According to NFL rules, while a horse collar tackle is illegal when performed on a ball carrier or runner, it is a legal means of tackling against some players. For example, the rule against horse collar tackles does not apply to quarterbacks who are in the pocket or a runner who is within the tackle box. These players can be tackled legally with a horse collar.

Can you challenge a horse collar penalty in football?

Since a horse collar tackle is illegal in football and a penalty, it cannot be challenged by coaches after it is called. However, as with all penalties in the NFL, coaches can challenge the enforcement of the penalty, such as yardage or the spot of the foul.