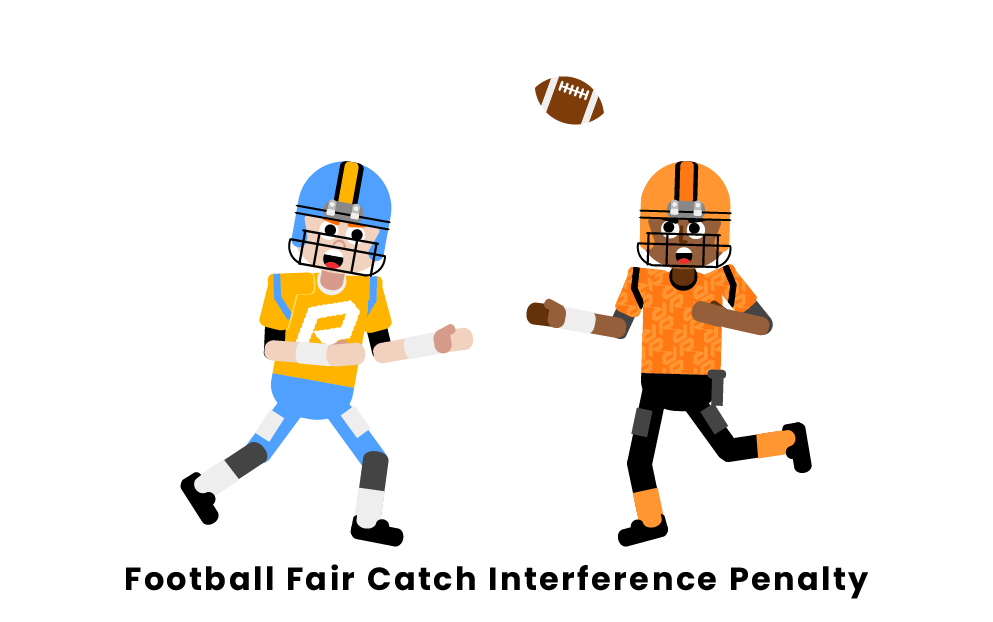 Fair catch interference can only be called during a kick, whether that be a kick off or punt. This foul can only be committed by the kicking team, and it occurs when the receiver is not allowed to catch the kick properly due to contact with a player from the kicking team.

A variation of this penalty can also be called even if the receiver has not made a fair catch signal. Members of the kicking team in this instance may not interfere with the receiver in any way while the ball is in the air, even blocking the path to the ball is prohibited.

This penalty focuses on reducing unnecessary injuries among players attempting to receive kicks. Since the receiver is in a stopped position, major injury can occur when a member of the kicking team collides with them at full speed. The receiver of the kick is often labeled as defenseless as they are paying attention to the ball, not the kicking team.

The signal for a fair catch interference is the same as a pass interference call. The arms are to be extended out with the hands facing upwards. The official will also point to the side of the offending team with an outstretched arm.