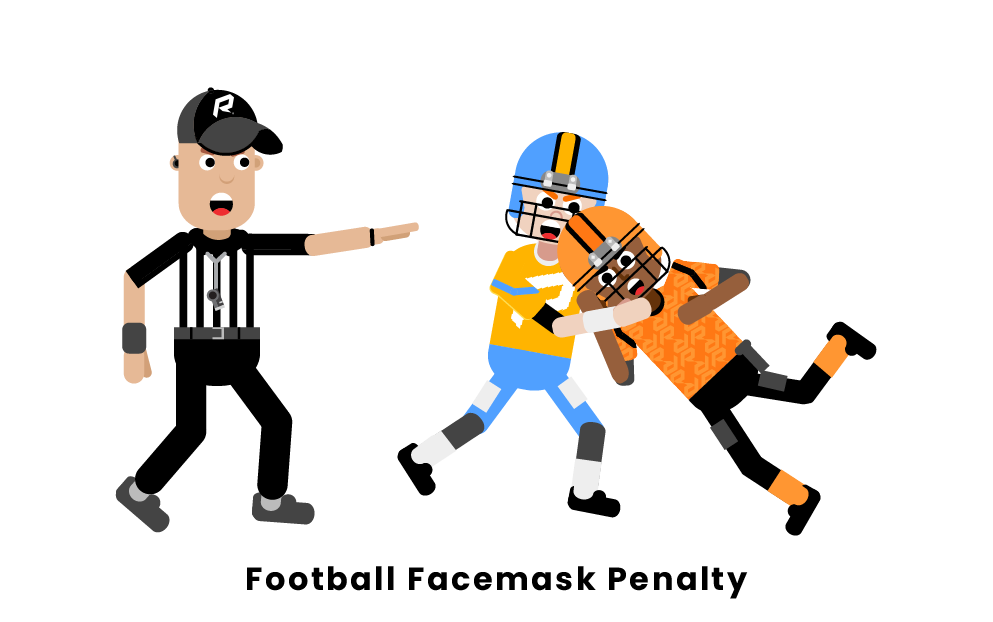 A facemask penalty is one of the many penalties involved within the sport of football. No player is allowed to grab or pull on another athlete's facemask without being penalized. Both players on defense and offense can be called for the penalty, as well as players on special teams. The main reason for this rule is player safety, it is extremely dangerous for players and can result in both neck and head injuries. At all levels of play a facemask will result in a 15 yard penalty.

The facemask penalty actually extends past just the facemask and can still be called when players pull on or grasp any other holes on the helmet or chin strap. The main objective behind this rule is to protect players from having the helmets pull their head in a direction that's opposite from the direction the body is traveling. The penalty can be called on any individual player on any individual player, and at no point is it acceptable to grasp and pull on another player's helmet.

In 2008, the NFL made a rule change regarding how facemask penalties would be called. Prior to that season, inadvertent grabs of the facemask were considered penalties even if the player did not twist or cause movement to the helmet. After this season these inadvertent grabs were longer considered penalties. One thing to have in mind about this rule change is that if the player inadvertently grabs another player's facemask, he must immediately release it, otherwise it's a penalty. The NCAA has also recognized this rule change, while some states have made this incidental contact a 5 yard penalty in high school.

In extreme cases players can be disqualified for facemask penalties if the action is found to be flagrant.

A facemask penalty at all levels of football will always result in a 15 yard penalty for the time that committed the foul. If the defensive team commits the foul it results in an automatic first down for the offense.

When making the facemask signal, the referee will make a fist with their right hand, raise it in front of their face, and then they make a downward pulling motion to symbolize pulling on the facemask.