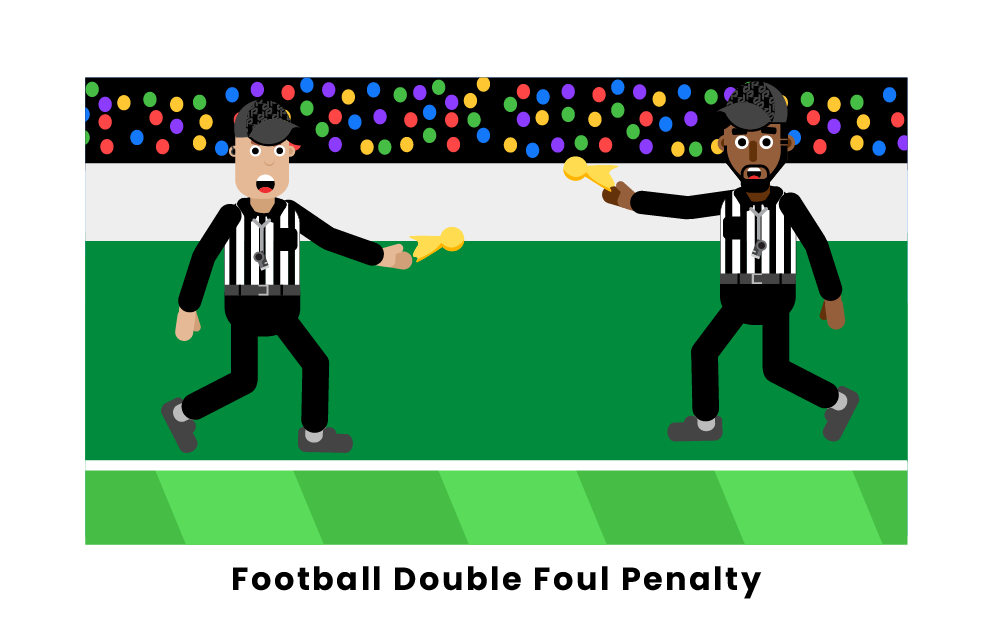 In football, a double foul occurs when both teams have committed a penalty on the same play. When two teams commit a foul on the same down, there are a few different ways that the situation can be handled. In most cases, the penalties become offsetting penalties and cancel each other out. However, if the penalties are of different magnitude or occur before or after a change of possession, then there may be consequences for one or both teams.

If the double foul is committed when there is no change of possession, then in most scenarios, the penalties will offset each other. However, there are a few exceptions outside of the offsetting penalties scenario:

When two teams commit penalties that offset, then the double foul is disregarded, and no penalty is enforced.

If both teams commit a penalty, but of different magnitude (i.e., 15-yard penalty versus a 5-yard penalty), the larger of the two penalties is often enforced from the spot of the dead ball. This is almost always a “15-versus-5” situation, which results in the enforcement of the 15-yard penalty and not the 5-yard penalty. However, in certain leagues, such as the CFL and NCAA football, penalties of differing magnitude may be balanced out between the teams or enforced separately.

If both of the fouls committed result in disqualifications for both teams, then the down is replayed from the same spot. As both disqualifications come with 15-yard penalties, the line of scrimmage does not move as the penalty distances offset each other.

In a double foul scenario in which there is a change of possession, or a “clean hands” situation, the team that wins possession keeps it and then is penalized, given the fouls were committed after the change of possession. However, there are a few exceptions, given some specifics.

If the double foul happens before a change of possession or “not clean hands,” then the penalties offset, and the down is replayed. In a kicking scenario pre-change of possession, if the kicking team fouls, then the receiving team would have the option to replay the down (offsetting penalties) or keep the ball after the foul is enforced.

When a double foul occurs during the last down of a period, then another untimed down will be added to the end of the period.

Double fouls are treated slightly differently in various football leagues. While the NFL uses the “15-versus-5” rule to resolve unequal penalties, in college football, both penalties are generally enforced if they are of unequal magnitude. In the CFL, the situation of each team being assessed a foul on a play is called dual fouls. The CFL resolves dual fouls by balancing them, subtracting the distance of the lesser foul from that of the greater foul, and assessing that resulting distance on the team that committed the greater foul. Depending on the situation and the league, the end result of a double foul could be anywhere from 0 to 15 yards, or even more if spotted at the spot of the major foul. 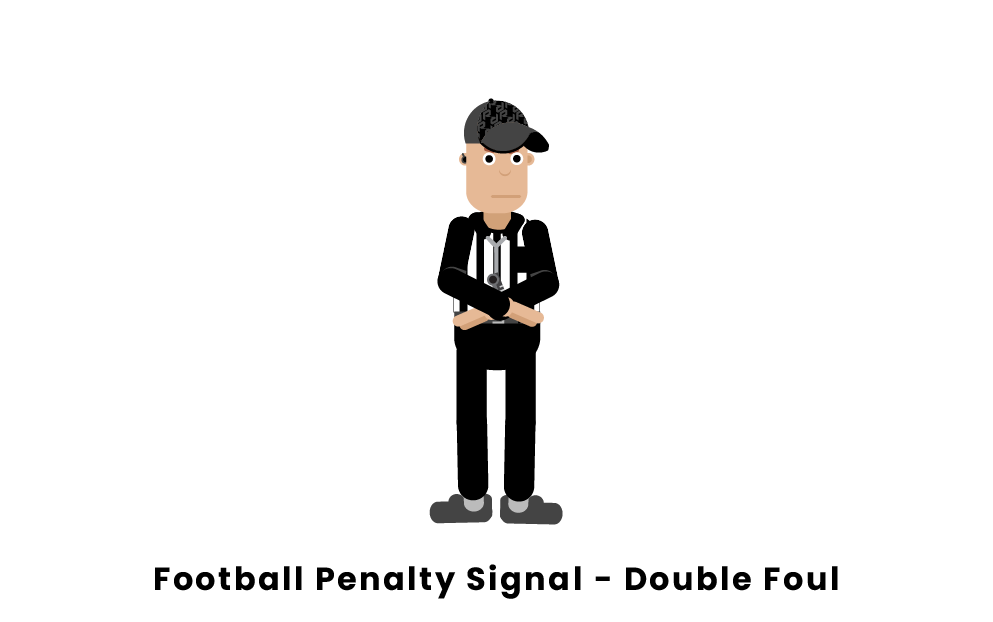 In the event of a double foul in which both penalties offset, and neither is enforced, the referee moves his arms from an arms-crossed position to an arms-out wide T-shaped form. This is only if the penalties have canceled each other out. If one penalty is enforced over the other, the referee will then make the corresponding hand signal for that penalty.

What is a double foul in football?

A double foul in football is a scenario in which both teams commit a foul or penalty on the same play. These fouls can be of different levels of severity, the same level of severity, and can occur before or after the snap or a change of possession. The two fouls can also occur at different times, so long as they occur during the same play.

What is the difference between a double foul and offsetting penalties?

Though they sound similar, there are actually slight differences between double fouls and offsetting penalties in football. The term “double foul” in football refers to the broad category of scenarios in which both teams commit a foul at the same time. Meanwhile, “offsetting penalties” refers to a specific type of double foul scenario in which both teams commit penalties of equal magnitude, thus meaning that the enforcement of those penalties would result in no change of yardage.

Do double fouls cause a loss of down in football?