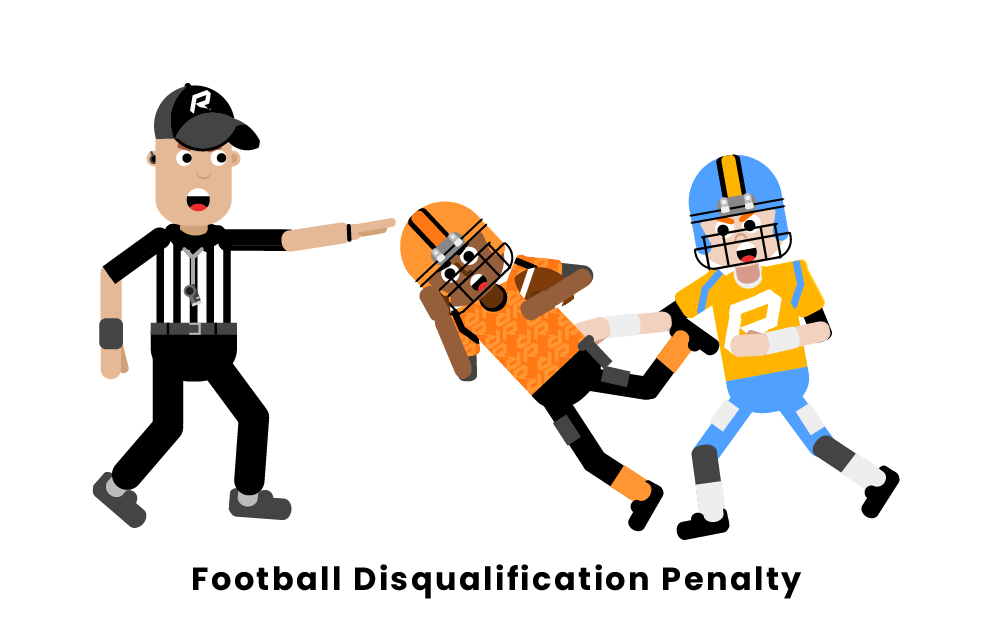 A disqualification penalty in football is not just one penalty but rather a collection of penalties that can lead to a player being ejected from a game. The general category of these penalties is ones that violate the general rules of sportsmanship. This includes a wide variety of offenses.

One of the most significant reasons to be disqualified is when there is contact made with an official. If a player makes contact with an official in any way, especially in an aggressive way, that will lead to an immediate ejection for that player.

For example, in the first week of 2020, Lions player Jamie Collins was attempting to show an official how he had been hit when his head bumped into the chest of the referee. Though it may have been an accident, it resulted in Collins being immediately disqualified from the game.

A new rule change in the NCAA is that a player who is disqualified from the game by a flagrant foul or targeting is allowed to stay on the bench rather than be removed from the game and sent to the locker room. In the NFL, any contact with an official and throwing a punch is an immediate disqualification, but other penalties, such as taunting, can go with a warning, and a second offense leads to an ejection. 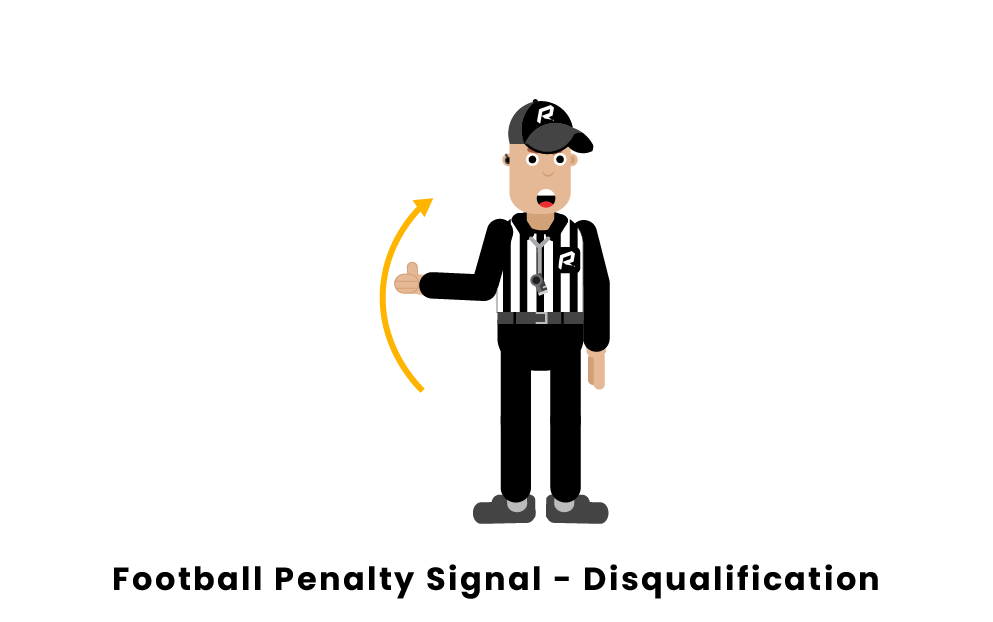 What is a disqualification penalty in football?

Why are players disqualified in football?

Players can be disqualified for a number of reasons in football, including engaging in a fight, making physical contact with an official, or using excessively profane language. Disqualification results in an immediate ejection from the game. Despite the competitiveness and physical nature of football, disqualifications are rare.

What happens when a player is ejected from an NFL game?

When a player is ejected from an NFL game, he is replaced by another player on his team’s bench. This substitution is similar to what occurs when a player is so injured that they are unable to play further. The only difference is that a disqualification penalty also comes with a loss of 15 yards for the offending player’s team. This process is also what happens for the NCAA and NFHS (high school football). CFL disqualifications are similar but result in a 25-yard loss.

What are the ejection rules in the NFL?

In the NFL, a player is automatically ejected from a game when they receive a second penalty for dangerous or abusive conduct. Such conduct includes throwing a punch or kick, or using words, gestures, or actions that are abusive, threatening, insulting, baiting, or taunting. If the penalty is deemed to be flagrant, the player may be ejected upon their first infraction.