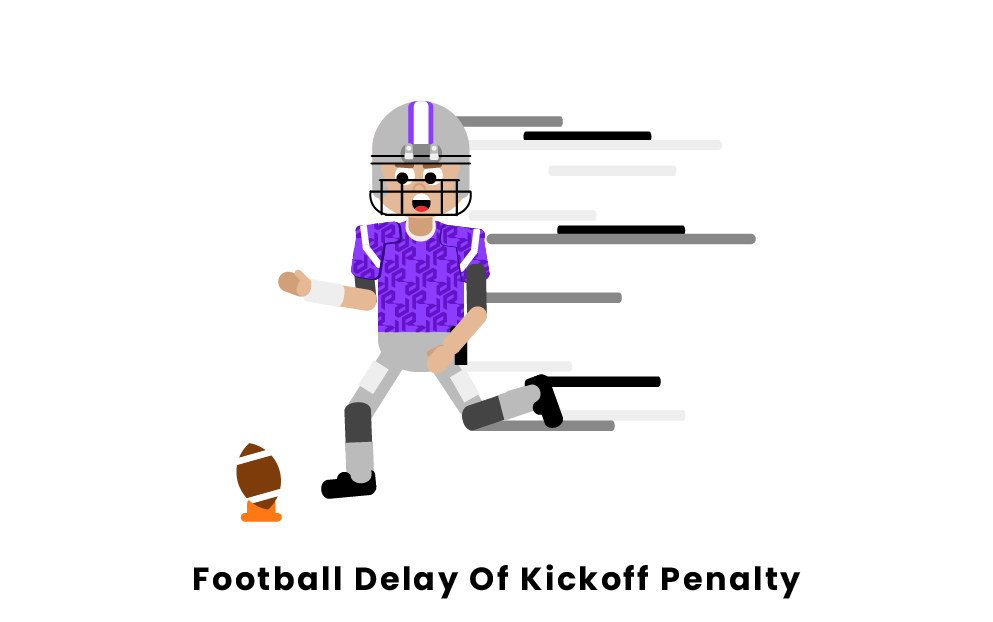 In football, the kickoff is one of the most important plays and starts off every single game. This play is usually pretty straightforward, however, when the kicking team does not kick the ball before the play clock runs out, they will be assessed a delay of kickoff penalty from the officiating crew.

What is the Football Delay of Kickoff Penalty?

This penalty is usually called during kickoff plays and specific plays in which there is a free kick present. Therefore, this penalty can only be called during special teams plays. Due to the nature of the kickoff play, it can be a very rare penalty because many teams will not let the play clock wind all the way down prior to kicking off the ball. Unlike other delay of game penalties while a team has the ball on offense, a kickoff is not a very time sensitive play which is why this penalty is substantially more rare and very seldom called during the course of a football game.

The result of a delay of kickoff penalty is a five yard penalty assessed to the kicking team by the officiating crew. The exception to this is the CFL, where the penalty is 10 yards. For the most part, this penalty is extremely rare due to the fact that many teams usually have no issue kicking the ball off prior to the expiration of the play clock. In football at every single level of play, a delay of kickoff penalty is a reminder to the kicking team that they need to pick up the pace of the football game. 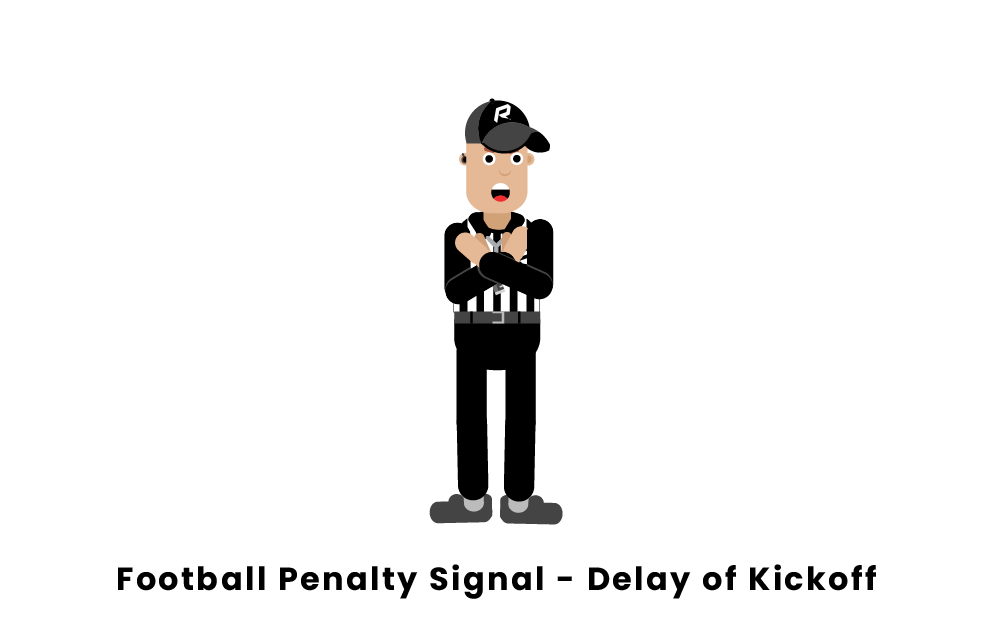 When a delay of kickoff penalty is called by a referee, the referee will call a delay of game penalty on the kickoff. This symbol will look as though the referee crosses his arms towards the inside of his body, signalling there has been a foul regarding the expiration of the play clock.

Similar Penalties To Delay Of Kickoff