Football Too Many Men On Field Penalty 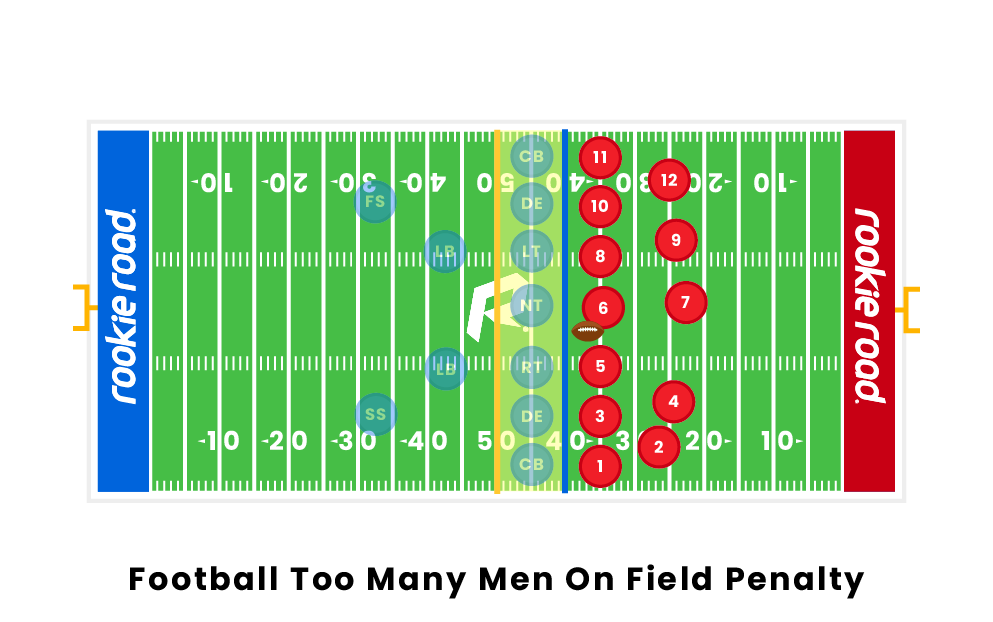 This penalty can be called on both the defense and the offense, though the penalties are called differently. The offensive penalty is known as too many men in the huddle and is called if the offense has 12 players in the huddle for over 3 seconds.

The penalty can also be enforced on the defense. However, unlike for the offensive penalty, the play will not be called dead. If at the time of the snap the defense has more than 11 players on the field, a flag will be thrown, but the play will continue on because the offense deserves a chance to complete a play that would be more beneficial than just the 5 yard penalty. This is called a “free play,” as there is no possible negative outcome for the offense in terms of turnovers. For example, if the defense has 12 men on the field when the offense snaps the ball, but during the play the offense actually completes a pass for a touchdown, they can decline the penalty and that touchdown will stand.

At all levels of play and leagues within the United States, the penalty for too many men on the field is 5 yards, except in the Canadian Football League (CFL) where the penalty is increased to 10 yards. 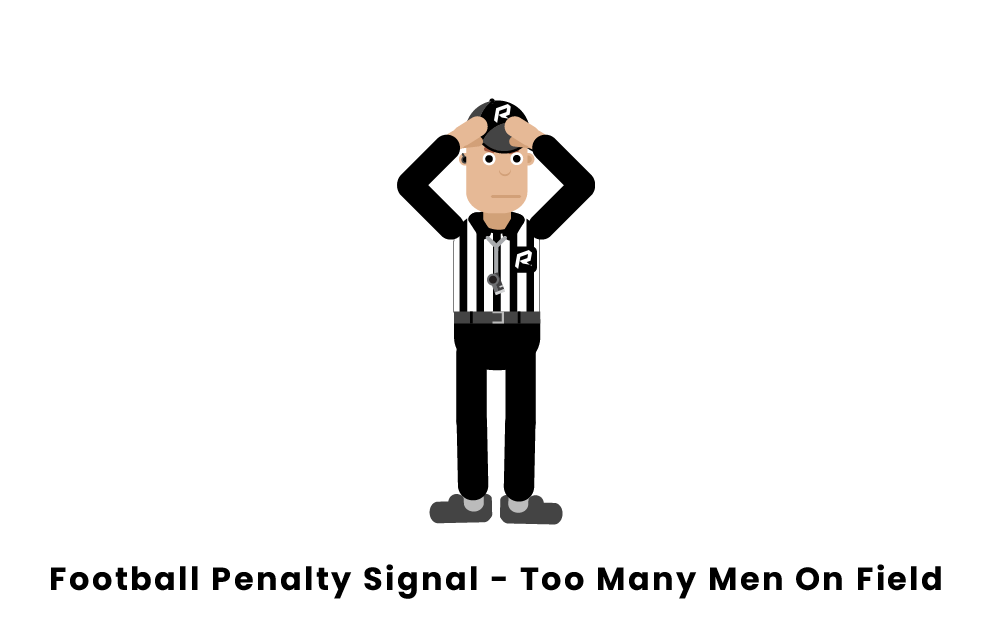 In order to make the signal for too many men on the field or too many men in the huddle, the referee will place both his hands flat on the top of his head.

Similar Penalties To Too Many Men On Field

How many players are on the field in football?

What is a too many men on field penalty in football?

What is the result of a too many men on field penalty?

In football, the result of a too many men on field penalty is usually a loss of 5 yards. For the NFL, the NCAA, and the NFHS (high school football), the penalty is a loss of 5 yards and a replay of the down if the foul is committed by the defense. For the CFL, the same result occurs except the yardage lost is 10 yards instead of 5.

Pages Related to Football Too Many Men On Field Penalty