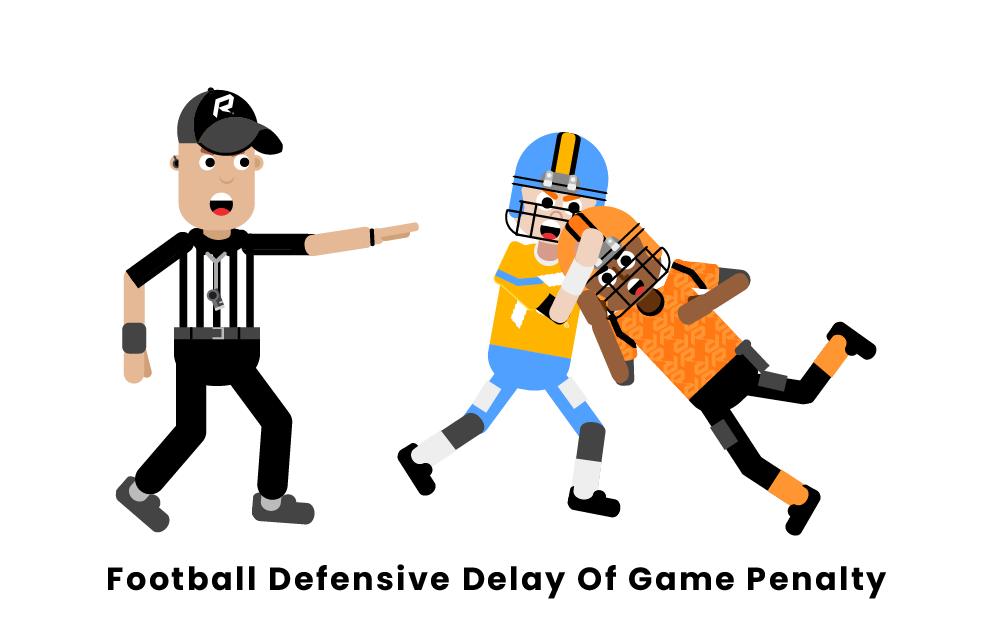 Delay of game penalties are most frequently called when the offense fails to snap the ball before the play clock expires. The NFL classifies delay of game penalties other than when the offense allows the play clock to run out, such as opponent remaining on runner to consume time, undue delay in assembling after a timeout, defensive abrupt non-football movements, spiking or throwing the ball in the field of play, and taking the ball from a downed runner causing delay. 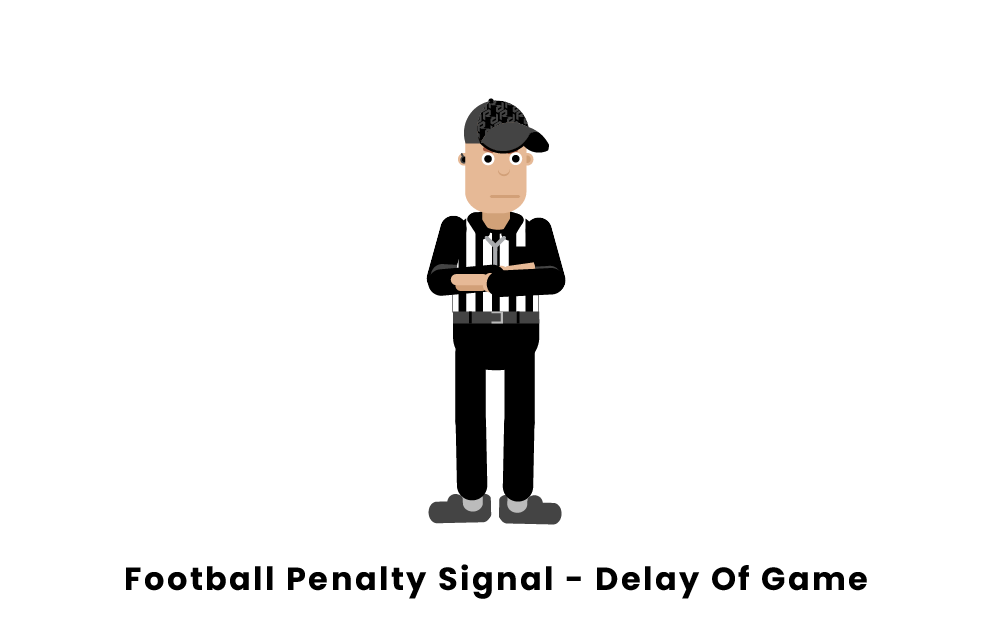 The referee makes the same motion as they would for an offensive delay of game penalty. They will place one arm over the other with both hands going to the opposite elbow. The only difference in the signal compared to an offensive delay of game penalty is that after making the aforementioned motion, the referee will point to the defensive side of the ball.