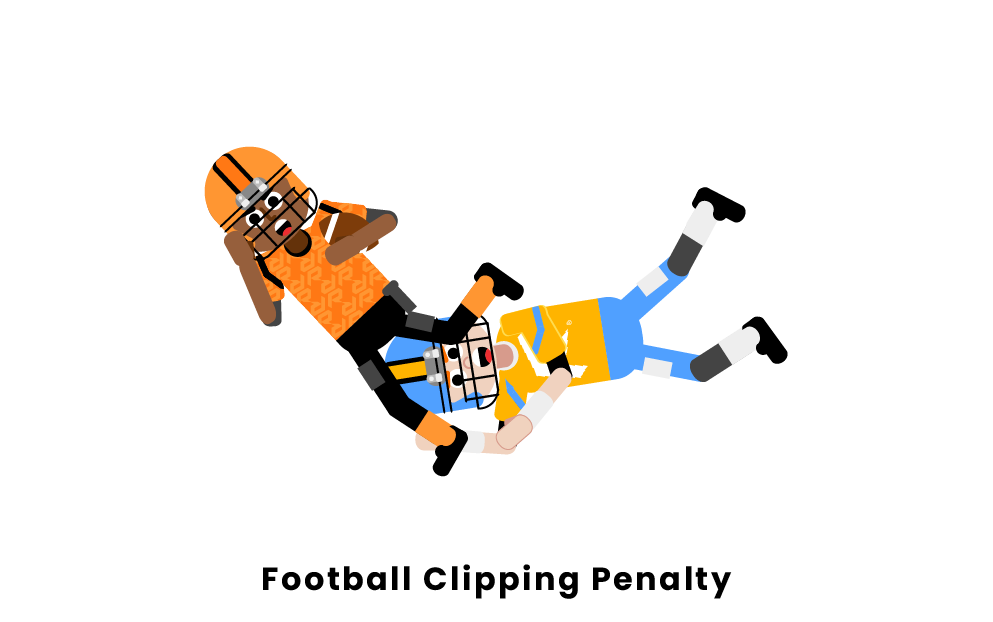 In American football, clipping is a penalty where one player blocks another from behind at or below the waist. The penalty was created as a way to promote player safety and prevent unnecessary injuries. It is a costly penalty that results in 15 yards being given to the opposing team.

Clipping is a penalty in football that’s called when a player blocks another player from behind and at or below the waist. It is also called if a player’s block leads to them rolling on the defender’s legs, resulting in a 15 yard penalty. It’s called most often on special teams during kickoffs and punts, but it can be called on the offense or defense on any play. The penalty is similar to other infractions, including blocks in the back and chop blocks. The 15 yards lost is universal across all football leagues.

It can be difficult to identify what is clipping and what is not. For example, while a blocker cannot initiate their block from behind, they can initiate it from the side assuming they are running in the same direction as their opponent. If the contact made is at or below waist-level, it is not clipping as long as the contact is continuous.

One notable exception to clipping is when it is in close-line play, a type of play that occurs in the area between offensive tackles and extends three yards out to each side of the line of scrimmage. A player can clip above the knee in this situation. However, it once again is illegal if it results in a player rolling on the back of the legs of a defender.

Clipping is one of the most dangerous actions a football player can do and has been banned for over a century. Clipping was first banned at the collegiate level in 1916 and has stayed that way since. Several players at the amateur and professional level have experienced significant injuries as a result of this play, including Brian Cushing from the Houston Texans back in 2012 and Ed Oliver Jr. from the University of Houston back in 2018.

As noted above, the clipping penalty is universal and always ends with 15 yards being awarded to the offended team. The NCAA also has the additional penalty of an automatic first down. 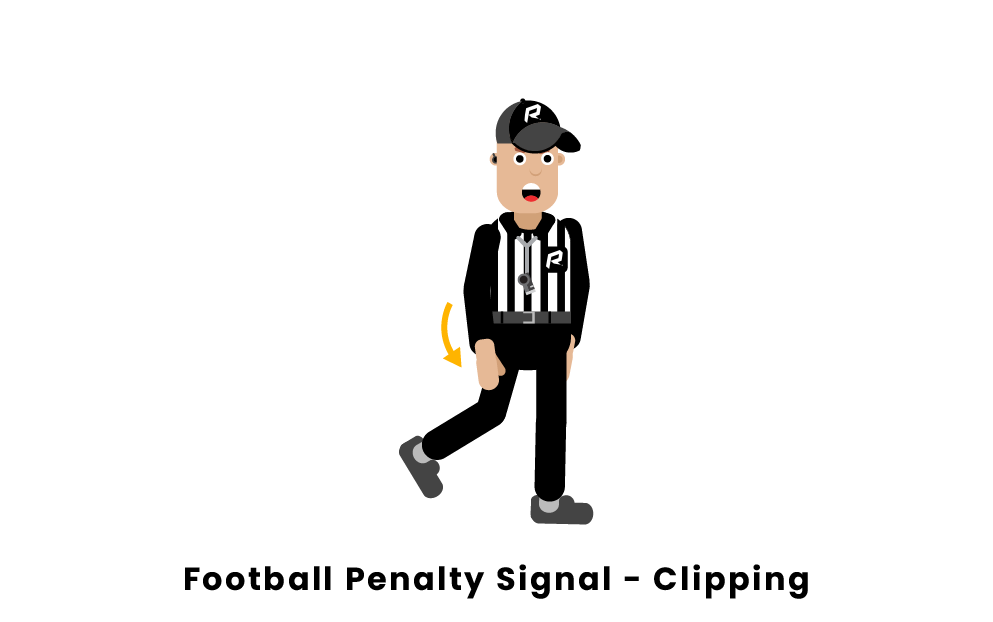 If a referee sees clipping occur, they will throw a yellow flag to indicate a penalty has happened. They will first strike their wrists above their head and then take their hand and strike the back of their calf. The referee will finish by saying aloud the team and number of the player who the penalty was called on, giving 15 yards to the opposing team.

What is a clipping penalty in football?

In football, a clipping penalty occurs when one player blocks another player from behind or below the waist. Since this action is so dangerous, especially to the player being tackled, the penalty is severe with a loss of 15 yards across all leagues. In the NCAA, clipping penalties also come with an automatic first down.

What is the penalty for clipping in football?

Can you challenge a clipping penalty in football?

A clipping penalty is considered non-reviewable, meaning that they cannot be challenged by coaches. “Whether a block was illegal or not” is cited under the non-reviewable plays section in the NFL rulebook.