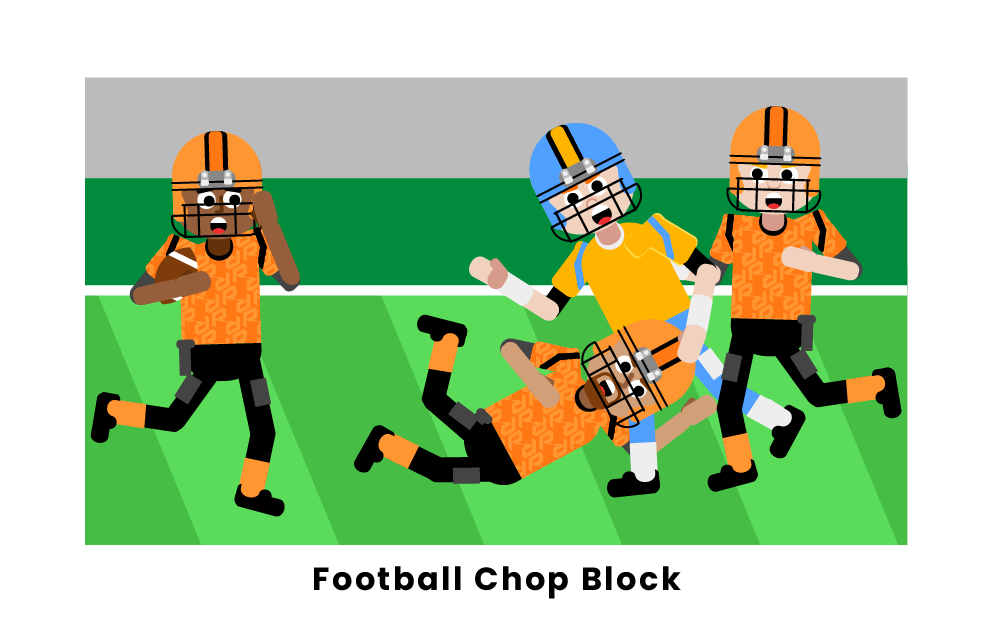 A chop block penalty, also known as a high/low double-team block, is called if two or more players on the offense (blockers) block the same player on the defense. One offensive player must block the defensive player at or below the thigh, while another offensive player blocks above the waist. The order and timing of the blocks are irrelevant to the penalty being called.

History of the Chop Block

In the early years of football, the chop block was legal and was an important defensive tactic. It was used to open up holes in the line of scrimmage and to hold off coverage against receivers. However, the technique led to injuries, and the NCAA banned it in 1980.

In 2012, Houston Texans player Brian Cushing was injured due to a chop block in a game against the New York Jets, which sparked a major debate about chop blocks and the danger that they pose to the players. Before the 2016 season, chop blocks in the NFL were legal under certain circumstances, but are now banned.

The result of a chop block penalty in football is 15 yards. 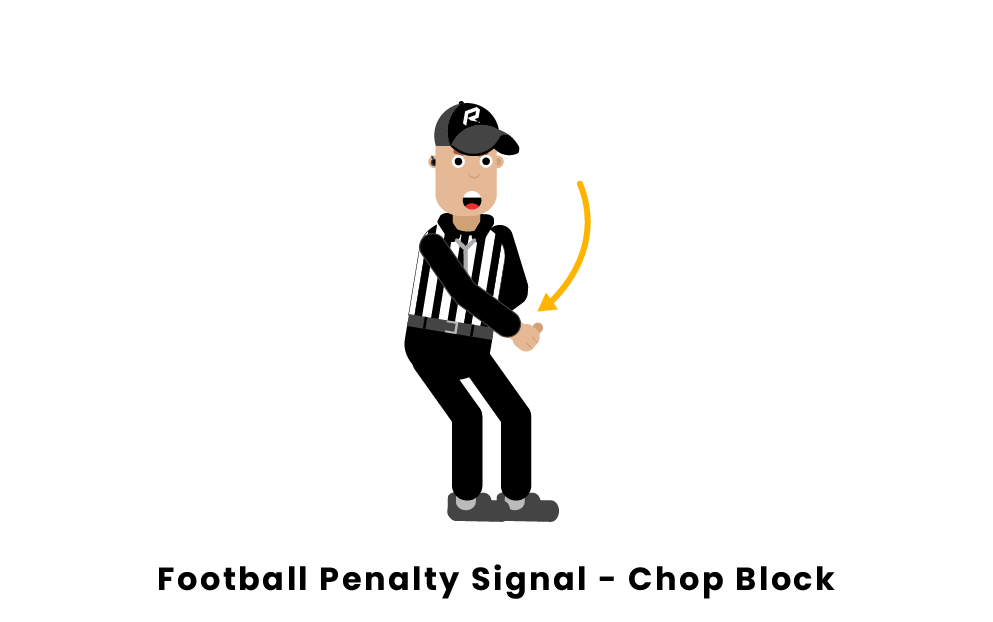 To make the penalty signal for a chop block, the referee will swing their arms down towards the top of their knee and below the waist.

What is a chop block in football?

A chop block in football is a double-team block in which two offensive players block a single defensive player at the same time. In order for it to be a chop block, one blocker must contact the defender in the thigh area while the other blocker makes contact above the waist. The order and timing of the blocks do not matter for this penalty. Chop blocks are dangerous and are illegal at all levels of football.

When was chop blocking made illegal in the NFL?

Though the use of the chop block was limited due to its dangerousness for many years prior to its illegalization, the technique was only fully illegalized in 2016. This came 30 years after the NCAA fully outlawed the chop block in 1980, far before the NFL.

Can you challenge a chop block penalty in football?

Since chop blocking is a penalty in football, it cannot be challenged by the offending team. Penalties, including illegal blocks, are not reviewable plays, and therefore cannot be challenged. However, a coach can challenge certain aspects of the penalty, such as its enforcement and the spotting of the ball.