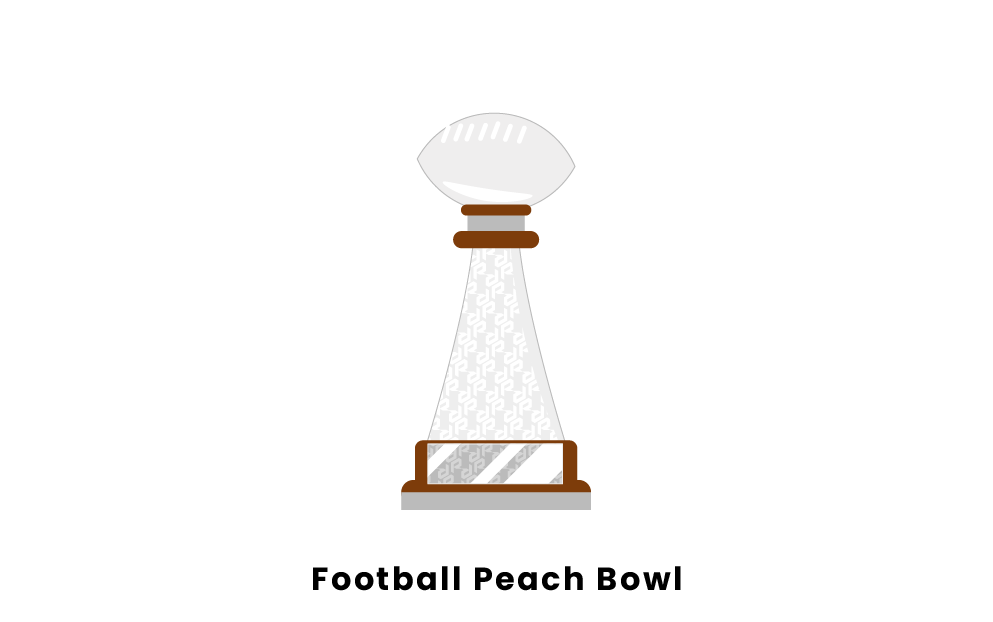 The Chick-fil-A Peach Bowl is one of the biggest college football bowl games. It has been played in Atlanta, Georgia, since 1968, and since 2014 it has been a New Year’s Six game. Keep reading for all the information you need to know about college football’s famous Peach Bowl.

What is the Peach Bowl in Football?

The Peach Bowl is one of the New Year’s Six college football bowl games played around New Year’s Day. Chick-fil-A has sponsored the Peach Bowl since 1997, and it is properly known as the Chick-fil-A Peach Bowl. It has been held in Atlanta, Georgia, since the first Peach Bowl at Grant Field in 1968. Today, Mercedes-Benz Stadium hosts the game. Since 2014, the Peach Bowl has been a rotating host of a College Football Playoff (CFP) game. The winner receives the George P. Crumbley Trophy, named after the founder of the Peach Bowl.

The 2022 Peach bow will be played on December 31, 2022, and will feature a matchup between the Ohio State Buckeyes and the Georgia Bulldogs. The game will be played at 8:00 p.m. EST at Mercedes-Benz Stadium in Atlanta, Georgia, and will be aired on ESPN. Ticket prices for the Peach Bowl start at just over $500 each, with an average ticket price of around $1,400.

The Peach Bowl has a conference affiliation with the SEC and the ACC. When it is not hosting a CFP semifinal, the Peach Bowl features a matchup between the champions of each conference. The Peach Bowl is the ninth-oldest bowl game in college football.

The Peach Bowl started as a showcase for the Atlantic Coast Conference (ACC), featuring the ACC against an at-large team, which was often chosen from the Southeastern Conference (SEC). The Peach Bowl was the first bowl game for charity. It was created by George P. Crumbley, Jr., who was a Lions club member and is known as the “Father of the Peach Bowl.” The first games were fundraisers for the Lions Club, but it now benefits the Atlanta Chamber of Commerce.

The first Peach Bowl was played between the LSU Tigers and the Florida State Seminoles on December 30, 1968. It was hosted at Grant Field in Atlanta, with LSU representing the SEC and FSU an independent. LSU held off a late-game surge by the Seminoles to defeat them 31-27.

Why is it called the Peach Bowl?

It is called the Peach Bowl because the name followed the format of other traditional bowl games like the Sugar Bowl, Cotton Bowl, Citrus Bowl,  and Rose Bowl. Georgia has a large peach industry, so the name was a logical choice. For a time, it was called only the Chick-fil-A Bowl, but the traditional name was added back, and now the official name is the Chick-fil-A Peach Bowl.

When is the Peach Bowl?

The Peach Bowl is played between December 30 and January 1. Traditionally, the game was held on December 30 or 31, although it was played on December 28 and 29 a few times. Since it has been added to the CFP semifinal rotation, it has been hosted on January 1 several times as part of the New Year’s Six.

Where is the Peach Bowl played?