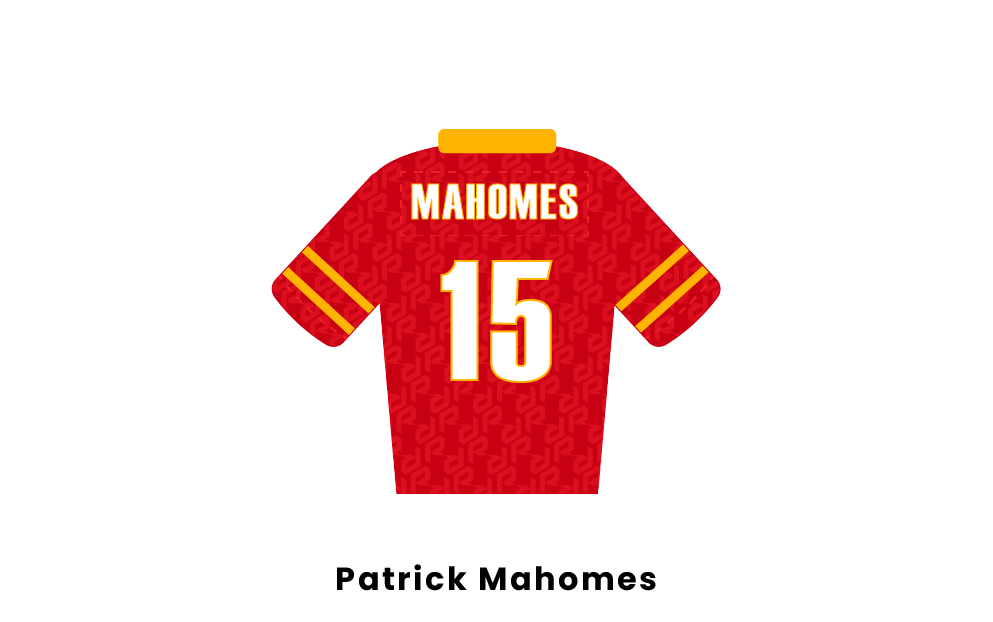 Patrick Mahomes II (more commonly referred to as Patrick Mahomes) is an American football player and starting quarterback for the Kansas City Chiefs of the National Football League (NFL). In his six years in the NFL, Mahomes has proven to be one of the best quarterbacks in the league. He has broken several passing records and proved to be a dynamic player who can run effectively with the football and can even make no-look passes to players on his team.

Throughout his life, Mahomes has played several sports, including football, basketball, and baseball. He is a talented athlete and was recruited to play baseball professionally out of high school. Although he decided against playing professional baseball, Mahomes seemingly made the right decision, as he has experienced great success in the NFL, already earning one Super Bowl victory and a Super Bowl MVP Award, along with multiple playoff and Pro Bowl appearances.

Patrick Mahomes played football, baseball, and basketball while attending Whitehouse High School in Smith County, Texas. After high school, Mahomes attended Texas Tech University, where he played football and baseball from 2014-2016. In 2017, he decided not to return to Texas Tech for his senior year and entered the NFL Draft.

In the draft, Mahomes was drafted in the first round by the Kansas City Chiefs but wasn't the starting quarterback at the start of the 2017 season. On December 27, 2017, Mahomes started his first game for the Chiefs against the Denver Broncos and officially earned the starting spot for January 30, 2018, in a game against the Los Angeles Chargers. Since then, Mahomes has remained the starting quarterback for the Chiefs, leading the Chiefs to an AFC Championship win in 2020 and a Super Bowl victory in 2019. His $450 million 10-year contract, signed in 2020, is one of the largest in the history of sports. It set a new benchmark for elite NFL quarterback salaries.

Although still early in his career, Patrick Mahomes has experienced tremendous success during his time playing football. Coming out of high school, Mahomes was named Male Athlete of the Year by MaxPreps. Throughout college, he proved to be a prolific passer and was awarded the Sammy Baugh trophy after his junior year.

Upon entering the NFL, Mahomes’ success continued, as he was named the NFL’s Most Valuable Player after the 2018 season, along with the NFL’s Offensive Player of the Year. That same season, he earned the Bert Bell Award for Player of the Year. During the 2019 season, Mahomes led the Chiefs to win the Super Bowl, and he was named Super Bowl MVP. In addition, he was ranked number four on the 2019 NFL Top 100 Players List. Aside from the Super Bowl, Mahomes earned himself a spot in the NFL Pro Bowl four times and was named First Team All-Pro in 2018.

Patrick Mahomes was born in Tyler, Texas, where he was raised by Pat and Randi Mahomes, along with his younger brother Jackson and sister Mia. His father, Pat, was a former professional baseball pitcher in the MLB. Mahomes’ parents got divorced before his teenage years.

Mahomes is married to Brittany Matthews, whom he began dating in high school in March of 2012, and was in a relationship with throughout his college and early NFL years. After eight years of dating, Mahomes proposed to Matthews in September 2020, on the same day he received his first Super Bowl Ring. The two were married in March 2022. Brittany is a fitness trainer and former soccer player who played in college and even spent a year with a professional Icelandic soccer team. Mahomes and Matthew have one child, a daughter named Sterling Skye Mahomes, who was born in 2021. In May of 2022, they announced that they are currently expecting their second child, a boy.

In his free time, Mahomes follows both professional baseball and basketball. He also enjoys traveling, playing golf, and spending time with his family and friends. He currently lives with Brittany in a home in the Mission Hills neighborhood of Kansas City. Because of his success, Mahomes has several endorsements with companies such as Oakley, State Farm, Adidas, and Proctor and Gamble.

How many times has Patrick Mahomes made the NFL playoffs?

After getting drafted by the Detroit Tigers in the 2014 MLB Draft, Patrick Mahomes did not accept the deal and instead decided to attend Texas Tech University to play football. Although his father played professional baseball and he was highly recruited, Mahomes had greater passion and interest in playing football. He played baseball in college for two years, but his main focus was on playing football and making it to the NFL.

How far can Patrick Mahomes throw a football?

Throughout his time playing football, Patrick Mahomes has been known for his immense arm strength when throwing the ball. Mahomes demonstrated this by throwing a football out of the Kansas City Chiefs stadium while standing on the field. In addition, while warming up in Denver before a game, Mahomes easily threw the ball 90 yards down the field. In one interview, he stated that he believed he could throw the ball 100 yards in Mexico City because of its high altitude.

Is Patrick Mahomes the best passer in the NFL?

Patrick Mahomes is one of the best passing quarterbacks in the NFL. During his third year at Texas Tech, he led the NCAA in yards per game and passing yards, and he received the Sammy Baugh Trophy, which is awarded to the best college passer. In the NFL, he has broken several passing records, including being the first player to throw for over 3,000 yards in his first 10 career games, and making the most touchdown passes thrown in the first 10 games of a given season.