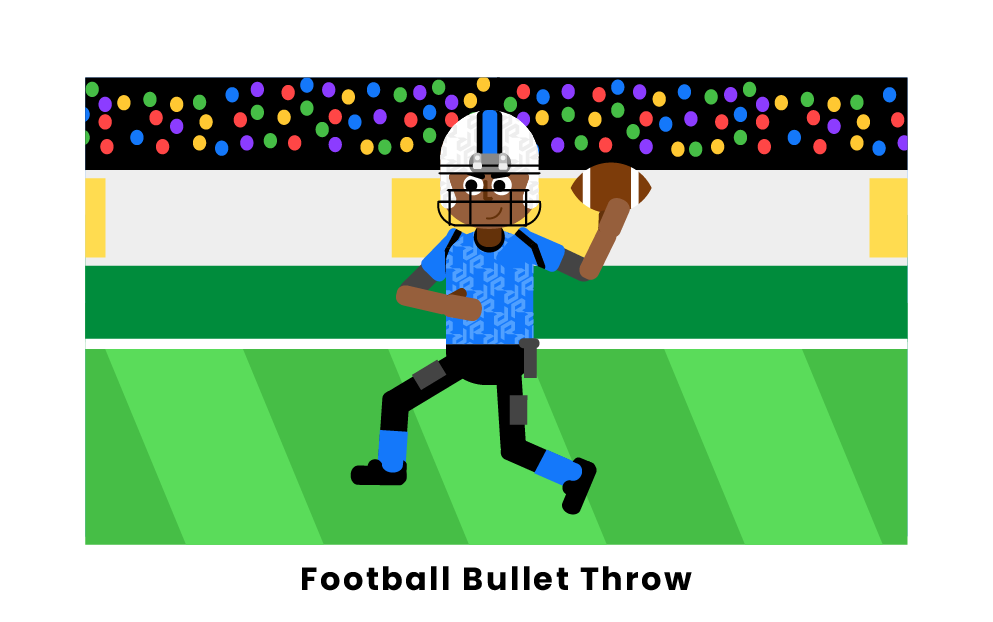 A bullet throw in football refers to a very specific throw that lacks arc and focuses upon speed and force. It is a long and flat throw used to move the football short distances. The goal of a bullet throw is to throw the ball in as flat of an arc as possible, so it travels directly to the receiver. Bullet throws are typically useful when a defender is nearby, and the player needs to get the ball to the receiver as soon as possible.

Here's how to throw a bullet pass:

Bullet passes are very effective, as they are harder to intercept. This throw requires you to be quick on your feet, as well as controlled in your passing. Bullet throws quickly move the ball down the field, and are very useful for gaining yards or scoring a touchdown quickly.