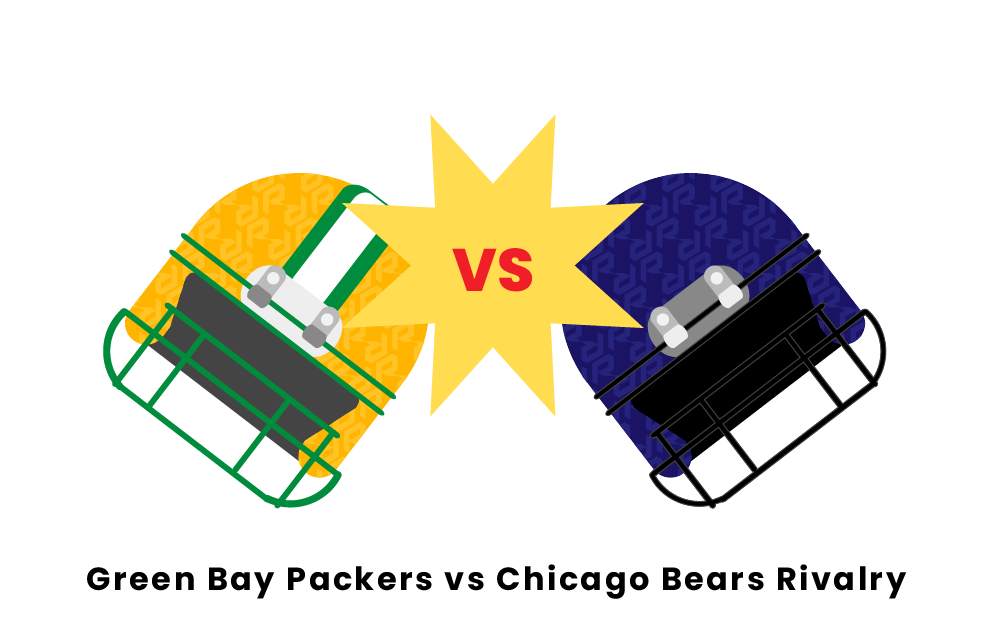 The Green Bay Packers and Chicago Bears are two of the NFL’s most storied franchises. The two teams have been playing each other since 1921, matching up more times than any other two teams in NFL history. The Packers and Bears have also featured the most Hall of Famers of any NFL matchup.

The Green Bay Packers first met the Chicago Bears, formerly known as the Staleys, on November 27th, 1921, during a game in which Chicago shut out Green Bay 20-0. The rivalry between the two teams began three years later when Chicago’s Frank Hanny and Green Bay's Tillie Voss became the first players in league history to get ejected from a contest.

Like most rivalries, this one is built on years and years of head-to-head matchups. The two teams have squared off every season since 1923 and have been in the same division or conference since 1921. They are also two of the three oldest standing franchises in the league, which adds to the mystique of their games.

Green Bay and Chicago matchups have featured some of the greatest players and coaches in NFL history. Perhaps none bigger than Bears head coach George Halas and Packers head coach Vince Lombardi. Both coaches are enshrined in the Pro Football Hall of Fame and the two combined for 11 NFL Championships as well as two Super Bowls, both of which were won by Lombardi. The two legendary coaches faced off 18 times, with Lombardi winning 13 matchups. However, Halas is the only coach ever to beat Lombardi five times.

Packers at Bears on December 14th, 1941: This game was the first playoff game between the Green Bay Packers and Chicago Bears. Both teams had 10-1 regular seasons, but it was the Bears who came out on top 33-14. Chicago would go on to win the NFL Championship that season.

Packers at Bears on November 23rd, 1986: A year after leading the Bears to a Super Bowl win, quarterback Jim McMahon received a massive cheap shot by Green Bay’s Charles Martin, which ended the quarterback’s season.

Bears at Packers on November 7th, 1999: Both teams played with heavy hearts after retired Bears running back Walter Payton’s death just six days prior. Chicago would win the game for Payton 14-13 on a last-second field goal block by Bryan Robinson.

Packers at Bears on September 29th, 2003: Soldier Field’s renovation in Chicago made its debut in Week 4 of the 2003 season. However, the Packers thumped the Bears 38-23.

Vince Lombardi, Green Bay Packers head coach from 1959-1967:  Led Green Bay to five NFL Championships and two Super Bowls. In fact, the trophy given out to the team that wins the Super Bowl is named after him. He won over 72% of his games against Bears head coach George Halas.

Aaron Rodgers, Green Bay Packers quarterback from 2005-Current: The successor to Brett Favre, Rodgers was named Super Bowl 45 MVP. Rodgers once threw for six touchdowns against the Bears in November of 2014.

Khalil Mack, Chicago Bears linebacker from 2018-Current: Mack was traded to Chicago during the 2018 offseason and was named first-team All-Pro for the third time in his career.

Why are the Packers and the Bears rivals?

The Green Bay Packers and Chicago Bears have a rivalry cultivated through Green Bay head coach Vince Lombardi and Chicago’s head coach George Halas. The two teams have faced off at least once a season since 1923, have played each other over 200 times, and feature more combined Hall of Famers than any other rivalry in the NFL. With both teams having existed for so long and having played in the same conference, they inevitably became rivals during their quest for Super Bowl titles.

When did the rivalry between the Packers and Bears start?

The rivalry began on November 23rd, 1924, in which Chicago’s Frank Hanny and Green Bay's Tillie Voss were ejected for fighting during the game. Essentially, the oldest rivalry in the NFL began due to the first ejection in NFL history. The rivalry was elevated even more in the 1950s and 1960s when George Halas and Vince Lombardi were coaching against each other at the same time.

When was the Packers and Bears first game against each other?

The Green Bay Packers and Chicago Bears first faced each other on November 27th, 1921. The Bears were known then as the “Staleys.” The game took place in Chicago, and the Staleys beat the Packers in the match 3-0. This is the only time Chicago played Green Bay and weren’t called the “Bears”. Green Bay has always faced Chicago with its name as the “Packers.”