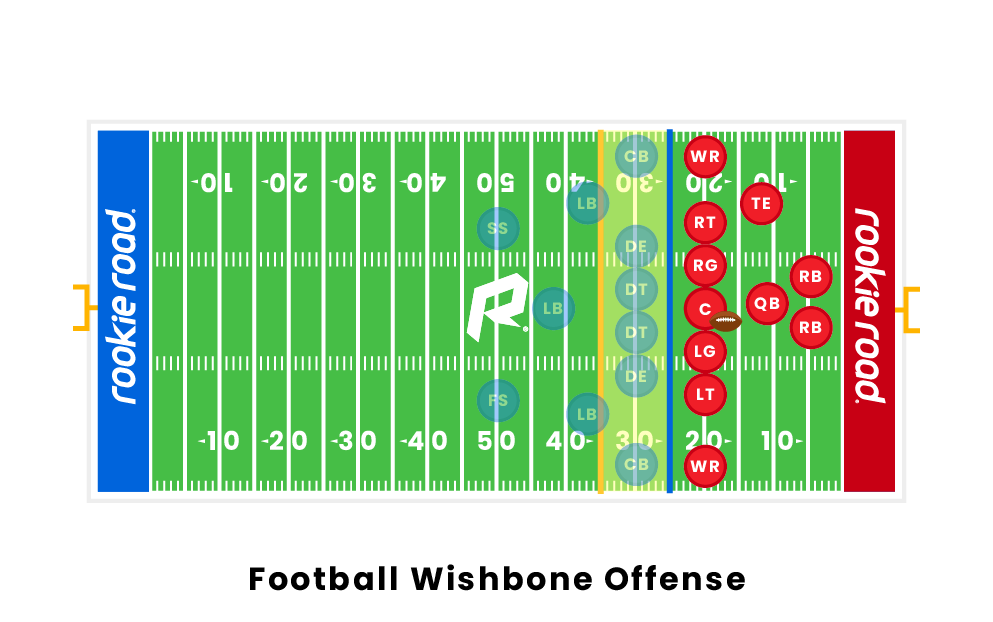 What is the Wishbone Offense in Football?

In football, the wishbone offense is a type of offensive strategy that primarily utilizes the wishbone formation. Read on to learn more about the design of the formation and its history in collegiate football.

Why is it Called the Wishbone Offense?

The reason the formation gets this name is because it features three running backs behind the quarterback in a “Y” or “Wishbone” shape. Since you designate so many runners to the backfield, it is common for teams to run out of this formation. However, the occasional pass play is always an option that may cause confusion amongst the defense. If you have a team of talented runners though, this becomes almost impossible to slow down.

The wishbone offense was created by University of Texas assistant Emory Bellard in an attempt to revive the troubled Longhorns’ offense. Since the team had so many talented running backs, they decided to place three gifted rushers in the backfield. This triple-option attack went on to win Texas back-to-back National Championships before earning the name “Wishbone.”

In the 70s and 80s, this explosive offense took collegiate football by storm, as teams struggled to slow it down defensively. In today’s game, teams lean much more on the passing game, so usage of this formation has died down. Certain teams, such as the Army and Navy teams, still utilize the wishbone offense today.