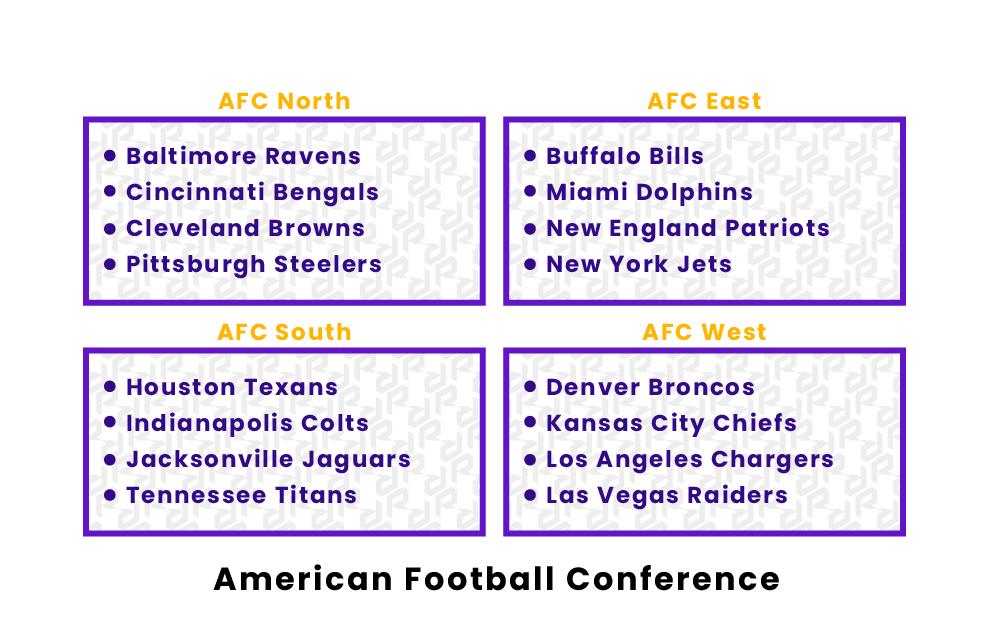 What is the AFC?

There were originally 10 teams in the AFC, but the former NFL sent three of their teams (the Cleveland Browns, Pittsburgh Steelers, and Baltimore Colts) to even the conference at 13. Three expansion teams later joined the ranks, the Jacksonville Jaguars, Houston Texans, and Cleveland Browns. The Browns are still considered an expansion team because their original franchise moved to Baltimore.

The majority of games on an AFC team’s schedule will be against other AFC opponents, with a few opportunities to face opponents from the NFC as well. Every team plays 17 games during the NFL regular season. Each team in the AFC follows the schedule below:

The AFC has been slightly less successful than their NFC counterparts, totaling 27 Super Bowl trophies compared to 29. The winner of the AFC conference championship receives the Lamar Hunt trophy. The New England Patriots have the most championships in the conference with eleven. The Browns, Texans, and Jaguars have never appeared in a Super Bowl.