The AFC North is one of the four divisions in the American Football Conference of the National Football League. It is comprised of the Baltimore Ravens, Cincinnati Bengals, Cleveland Browns, and Pittsburgh Steelers.

The division was originally known as the AFC Central before NFL realignment in 2002. The AFC Central was created in 1970 with the Houston Oilers joining the Bengals, Browns, and Steelers as founding members.

The expansion Jacksonville Jaguars played in the AFC Central for seven seasons before leaving along with the relocated Tennessee Titans to the AFC South in 2002.

The Steelers have the most division titles with 23 and have six of the eight Super Bowl titles from the AFC North. The Ravens claim the other two. Pittsburgh also has eight AFC conference championships, more than the rest of the division combined (Cincinnati 2, Baltimore 2, Tennessee 1).

The AFC North has been a dominant division in football in the 21st century, with an eight year span of sending multiple teams to the playoffs in all but one year.

Three of the teams in the division, the Bengals, Browns, and Ravens owe their existence and prosperity to Paul Brown. The namesake of Cleveland's team, the coach and general manager was a partial founder of both Cincinnati and their cross-state rival. The Browns franchise moved to Baltimore in 1996, cementing Paul Brown's legacy in the AFC North. 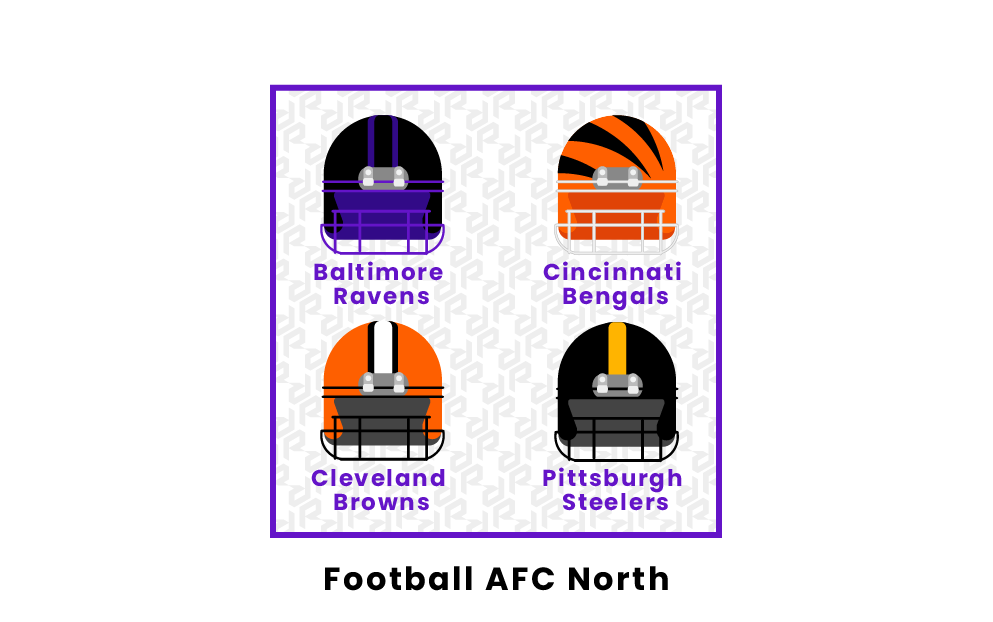