What is the AFC East in football?

The AFC East is a division in the American Football Conference of the NFL. It includes the Buffalo Bills, Miami Dolphins, New England Patriots, and New York Jets.

The division was created in 1960 as part of the American Football League. The Houston Oilers joined the Jets, Bills, and Boston Patriots as the founding members of the division. The Dolphins would join in 1966 and Houston left to join the AFC Central in 1970, the same year that the Baltimore Colts would join the AFC East.

Baltimore relocated to Indianapolis in 1984 and eventually left the division after the NFL realignment in 2002.

Belichick and the Patriots Domination

The New England Patriots have the most division titles with 20 and have six of the nine Super Bowl rings in the division. The Dolphins have two championships while the Jets have one. All six Super Bowls for the Patriots have been won by head coach Bill Belichick's teams. While less successful in the Super Bowl Era, the Bills (2), Jets (1), and Oilers (2), each captured AFL championship titles.

The Patriots have 11 AFC championship crowns, unrivaled by the five accumulated by the Dolphins and four by the Bills.

New England has been especially dominant in the 21st century, winning 16 of the last 17 division titles, with Miami breaking the streak in 2008 due in part to Tom Brady's injury.

The AFC East is known for its contrasting weather, as the climate is vastly different in Miami compared to the rest of the teams. With the largest North to South difference in mileage of any AFC division, teams will see intense heat and snow at any time of year. 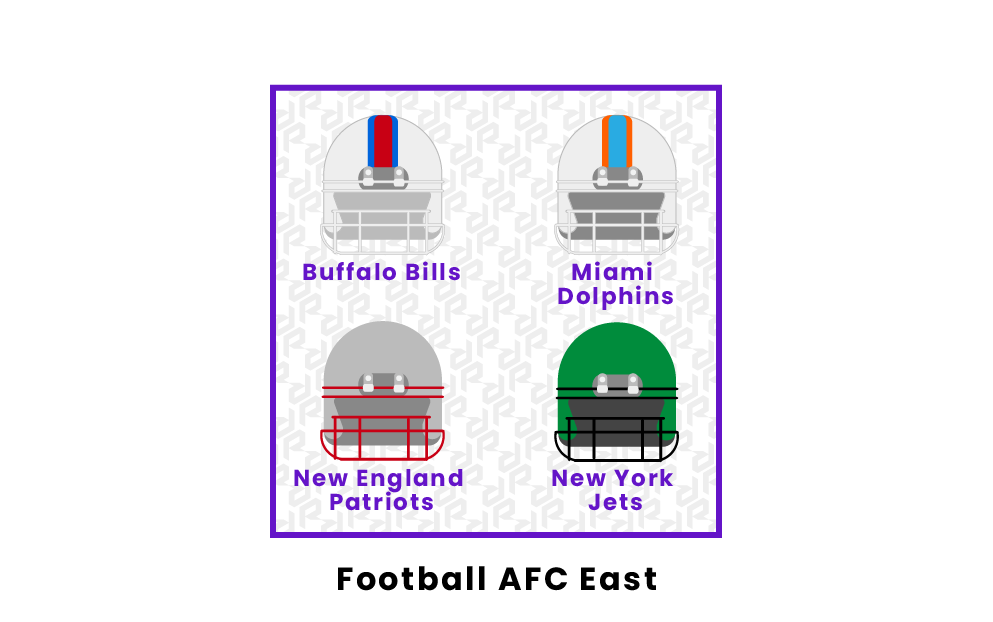