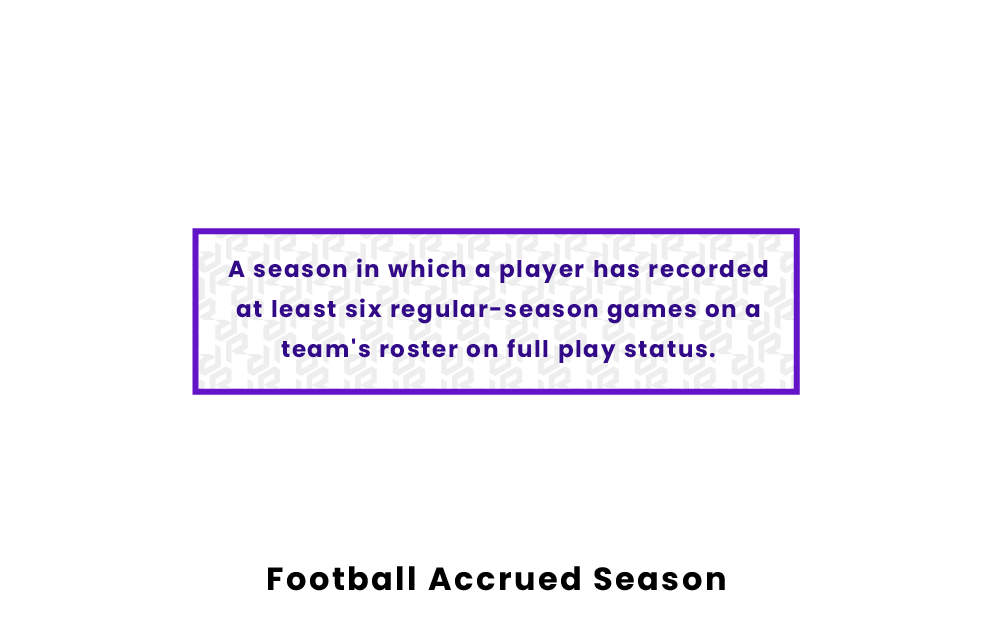 What is an Accrued Season in Football?

An accrued season in football is a way of tracking a player’s time and experience in the NFL, which affects their free agency status. This is in contrast to an accredited season, which also keeps track of experience but for the purpose of payment, including minimum salaries, in addition to a number of other benefits.

Determining An Accrued Season in the NFL

A player has earned an accrued season if they have recorded at least six regular-season games on a team’s roster on full play status. This means having an active spot on the roster or being on injured reserve or the Physically Unable to Perform (PUP) list. Players on a team’s practice squad or appearing on the Non-Football Related Injury (NFI) or Commissioner’s Exempt lists do not record accrued games or seasons.

After their contract ends, a player’s free agency status will be determined by the number of accrued seasons they have. If a player has one or two accrued seasons under their belt, they become an exclusive rights free agent. In this case, they must sign with the team they have just played for if they offer them a new contract.